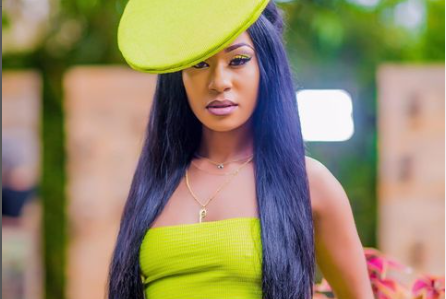 Kenyan rapper Notiflow is back to the streets, yet again! Despite trying relationships with both genders, the rapper doesn’t seem to get the right partner. Her relationship with ex-girlfriend King Alami was filled with disarray and tumult. They were on and off for a year plus. Their love was heading to a happy ending, considering how deeply in love they were with each other that they had tats of each other on their body. What’s next now that they broke up? Will they have a cover-up tattoo?

Anyway, Notiflow is never shy when it comes to speaking her mind. She’s always ready to give an update on her relationship status. And this is exactly what she has done. A week ago, Noti flaunted her newly found love via her Instagram and confirmed that she was in love again! But the relationship has barely lasted a month. The singer is not only back to being single- but she’s ready to mingle. She has however, not demystified what led to her break-up with her new catch, who had a couple of similarities to her ex, King Alami.

Back To Single Life

Sharing via her Instagram stories, the singer divulged the latter as she admonished her fans not to fall in love too quick, citing that not everyone has genuine intentions. 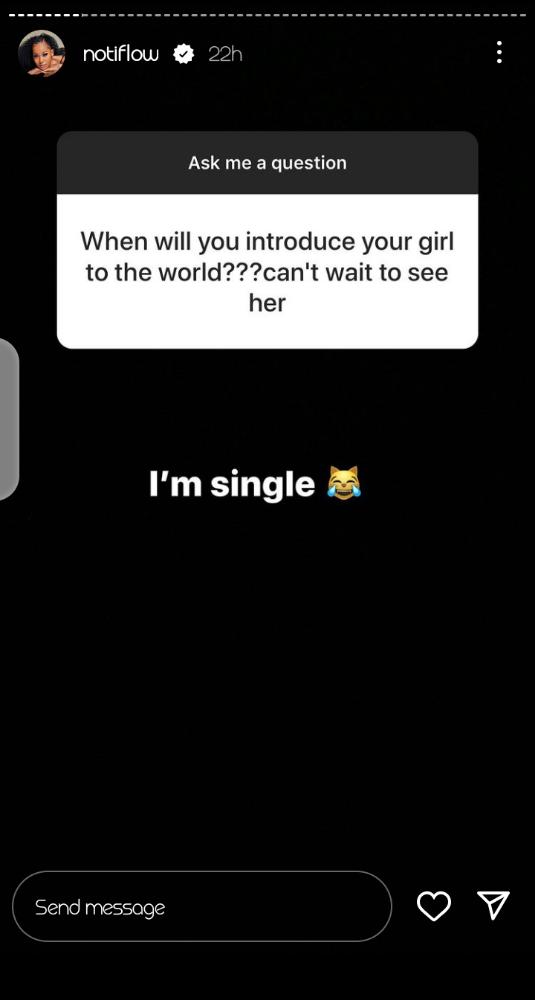 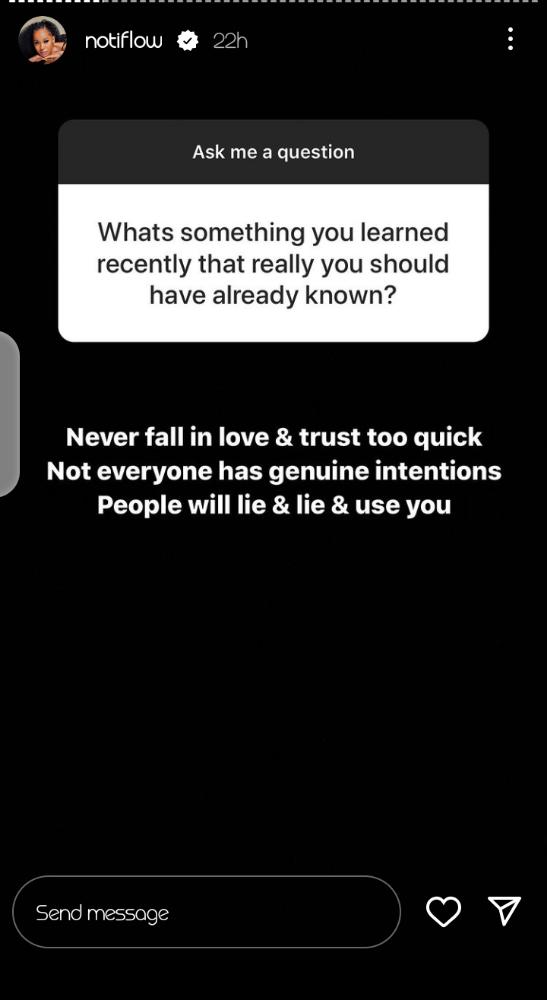 ”Never fall in love & trust too quick. Not everyone has genuine intentions. People will lie & use you.”

From Notiflow’s sentiments, we can deduce what led to her break-up with her new catch. It’s only a matter of time before she introduces another girlfriend.