Notiflow Is A Fan Of Toxic Relationships 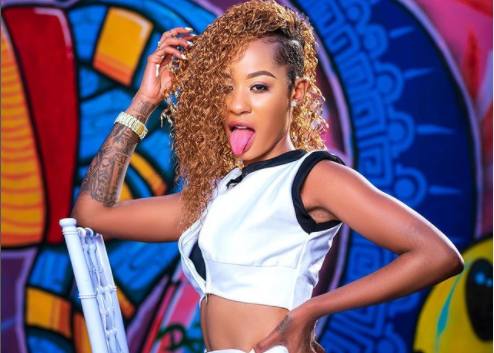 Notiflow has found a doppelganger replacement for her ex-girlfriend King Alami. The singer has proved that she has a particular taste when it comes to choosing a stud.

Sharing on her Insta stories, the rapper has posted some screenshots of her new catch who is an exact look-alike of King Alami and added that it is love at first sight.

She has however not given much details about the new catch, except for the fact that she bumped into her online and that she is Brazilian.

Notiflow connoted that she had tried her best to cosset her relationship with Alami; but things didn’t work out.

The first reason for her break-up with Alami she says is King Alami’s family blame her for the suicide attempt that occured and that had even driven her to depression.

Notiflow’s ‘love at first sight’ claims always end up costing her. This is something that she knows; but the red flag seems to be blue to her. She admitted that their online meet-up made her fall in love immediately. Notiflow might have fell in love with the new catch simply because they look like King Alami. It’s a matter of reminiscing the good times they were having with Alami. For now, she’s willing to risk it all.