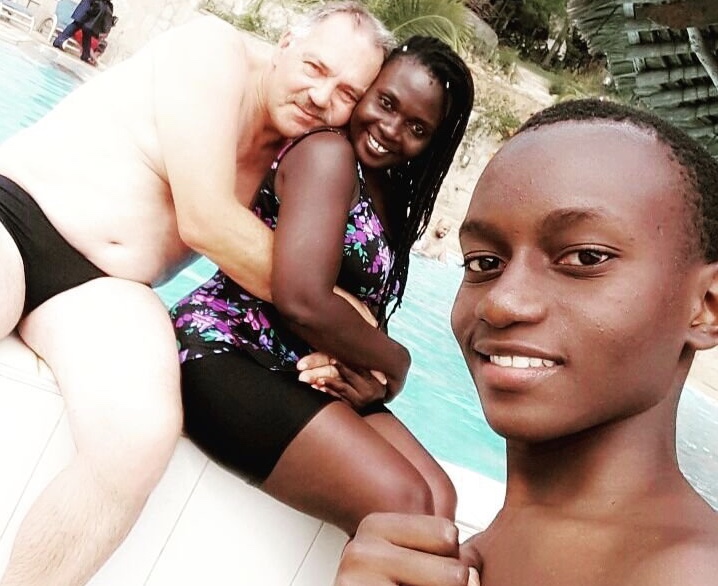 So Nyota Ndogo is married to an old Mzungu who continues to give her sleepless nights and the last time their relationship almost failed, this singer did everything possible to woo mzungu hubby back and it worked.

Well, probably Nyota Ndogo went all out because the guy helps around with the bills not forgetting the love; but so far, the singer has proven she’s not about to let this Caucasian man leave for any other woman.

Seeing how easy and fun it is to date an older person, looks like Nyota Ndogo is about to let her son follow in her footsteps. The lass revealed this in a post where she wrote; 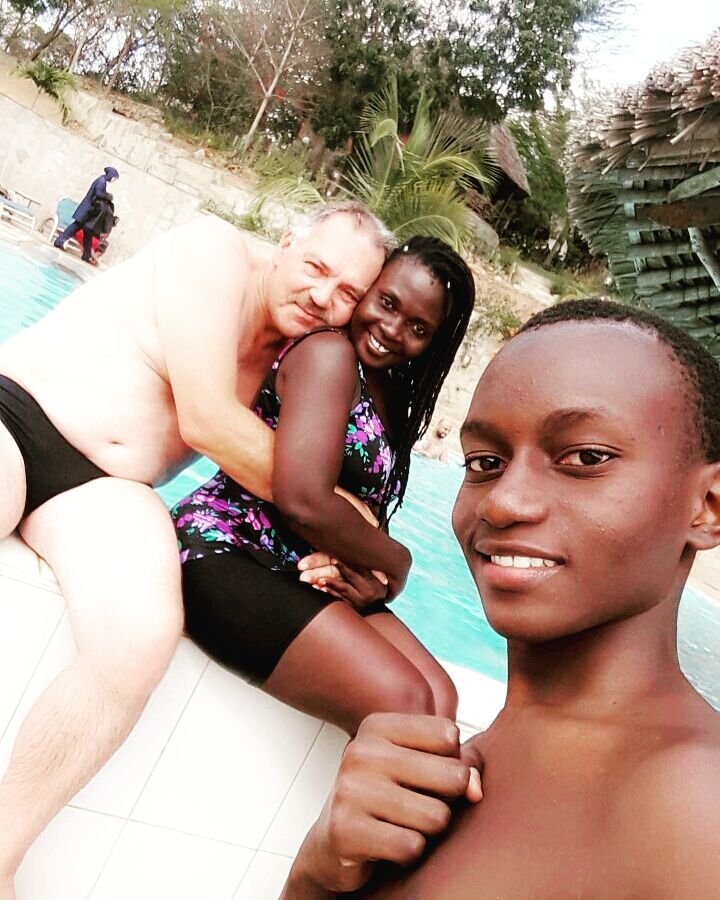 Nyota Ndogo with her husband and son

Not that her sons decision on who he marries is any of her business but Nyota Ndogo went on to add that as much as he can marry an older woman, her only condition is that she (son’s lover) can bare kids.

Also read: Nyota Ndogo Excited As She Re-Unites With Her Mzungu Hubby

According to Nyota Ndogo, age wouldn’t really be an issue as long as she gets to have grandchildren who will carry the family name. The controversial singer went on to say; 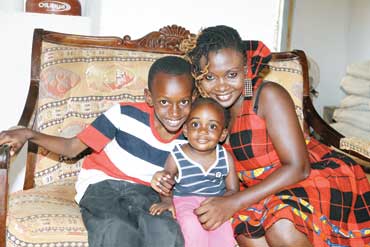 Honestly we didn’t see that coming, but judging from how Nyota Ndogo has lately been active on social media; I guess, she’s willing to post just anything to keep blogs talking, and looks we’re already doing it!