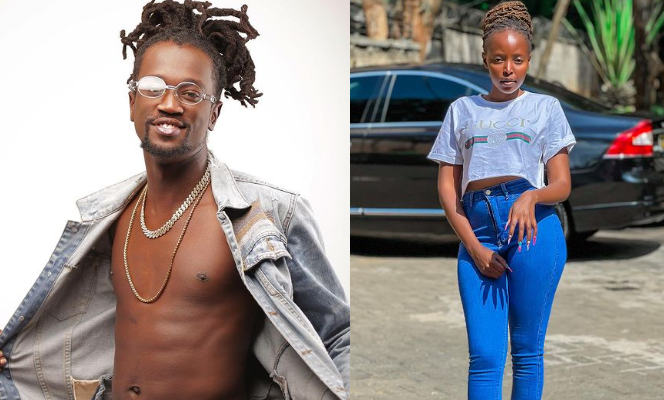 Famous YouTuber Mungai Eve has found herself in the midst of self-declared fisi Benzema, also known as Alejandro from popular gengetone group Ochungulo Family. During a recent interview with the lass, Benzema disclosed that he’s interested her, but not relationshipwise- just a hit and run.

Well, Mungai Eve is currently in a relationship with Director Trevor, with whom they’ve been with for over two years. Their palpable chemistry is unbreakable and they’ve thrived to prove even their haters wrong. Some claimed they’re not a good match. But they keep winning over & over again.

Some fellas have even tried to tarnish the relationship by claiming to be Mungai Eve’s ex. But they’ve failed terribly at it. Prophets of mtaachana tu are still waiting for the couple’s fall-out. But their sentiments are hitting a dead end.

But Ochungulo Family’s Benzema has expressed himself and declared that if they happen to break-up, he’s dang ready to hop in like a sub.

I bet Mungai Eve’s boyfriend was displeased with Benzema’s proposal. But at least he knows his chick is on demand. In the same video, Benzema purported that his body count stands at a whooping 3,150. Of course it’s hard to keep such a record-outrageous!

Anyway, watch the full video below;