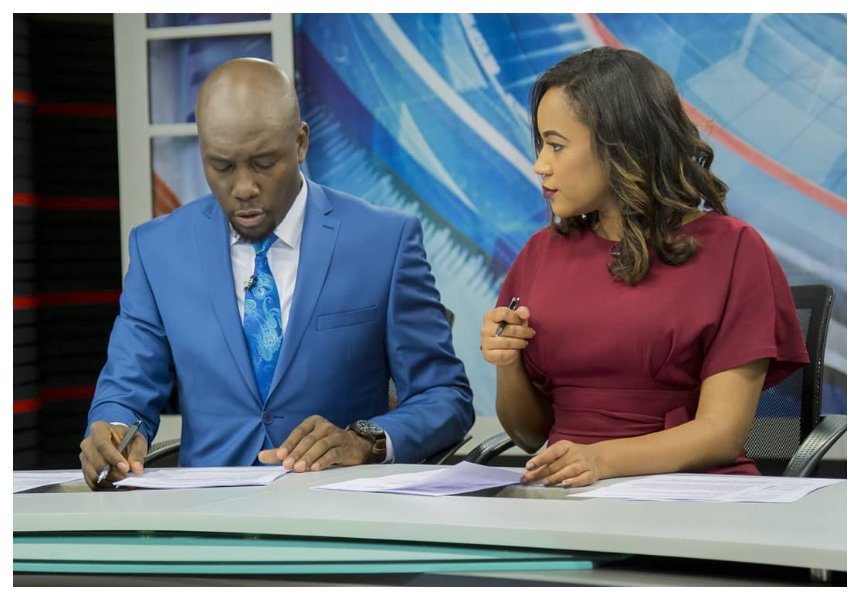 Dennis Okari and Olive Burrows’ onscreen chemistry wowed many people, the two were paired up after the restructuring that followed the exit of some journalists from the Kimathi street-based media house.

Okari has been implored multiple times to marry Burrows from the very first time they anchored news together, on Monday night July 16th 2018.

But apparently Okari was dating another lady already, he was keeping his relationship on the low. Okari tied the knot in a secret traditional wedding held in Ukambani on October 27th.

It was never going to happen 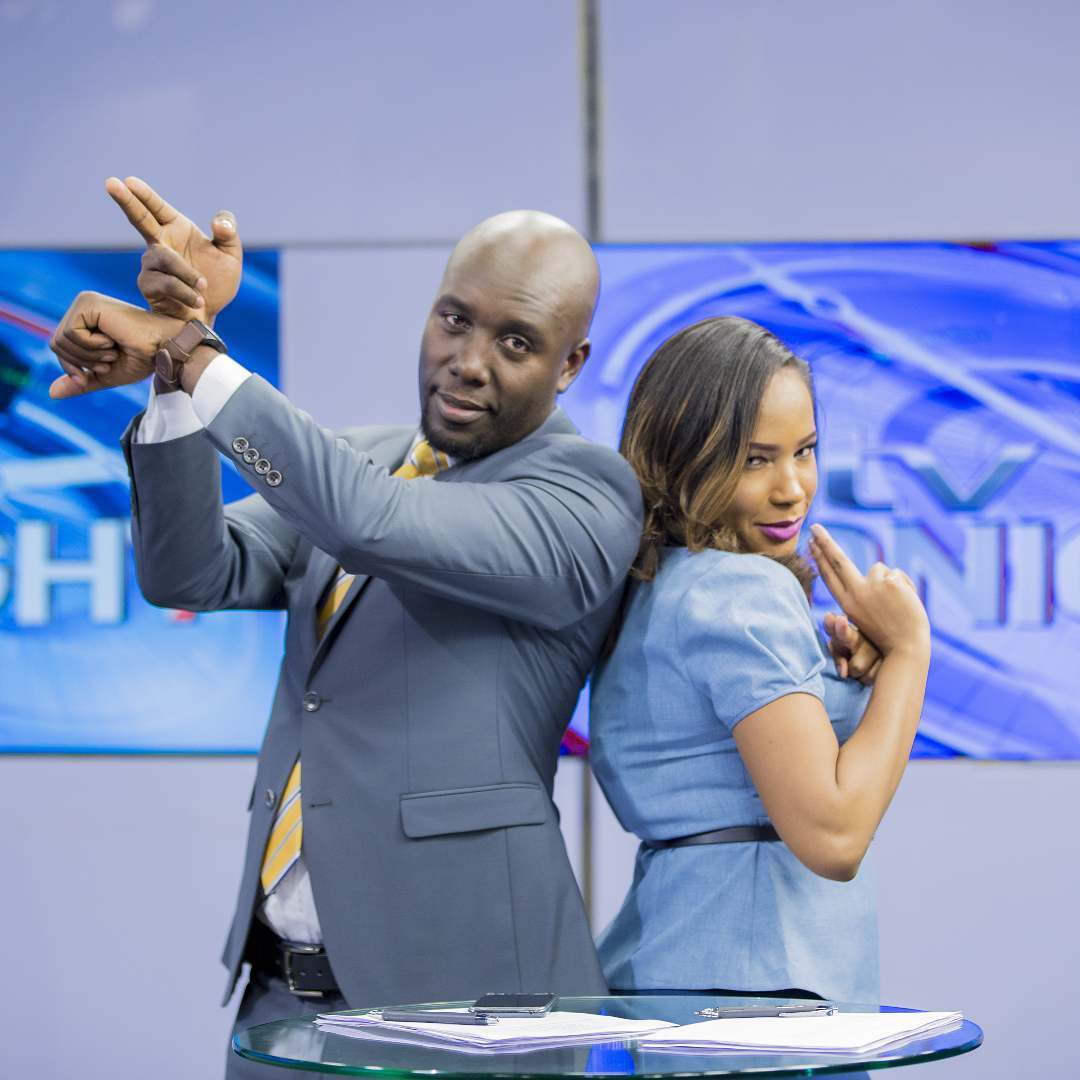 Olive Burrows recently talked about her chemistry with Okari during an interview with Nation. The NTV revealed why she was never going to date her workmate.

Nation: Who shared the pictures of you helping him (Okari) out with makeup and tying his tie? Explain the chemistry between the two of you?

Olive Burrows: That picture was not taken with our knowledge. I’m a woman. Deno is a guy. And, not that I have much experience with makeup, he was sort of doing the wrong thing with the brush and I wanted to help him. I can say we have grown comfortable with one another and that is a thing I would do for a friend. Our chemistry is genuine.

Nation: After that, the picture went viral and people encouraged you to get married, what do you say?

Olive Burrows: That is not gonna happen.

Nation: Okari has been in the industry for a while, what went through your mind after you were paired to anchor news together?

Olive Burrows: We had never met before, I don’t know, I didn’t know what to expect. I didn’t know if he was someone who is friendly or a snob. Deno was himself and he allowed me to be myself. He was honest with me. He kept telling me to slow down because I speak very first. He helped guide me and improve my skills.