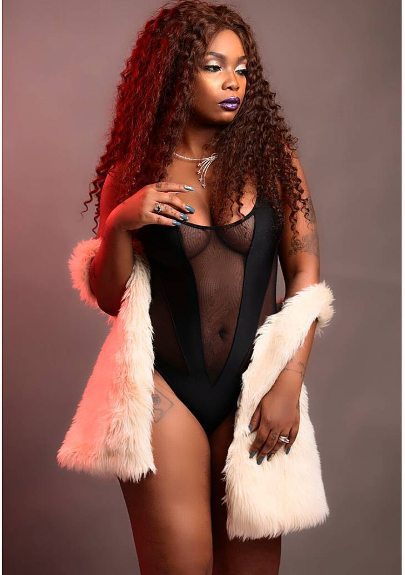 Twitter was last night treated to quite a spectacle between reality TV star Pendo and the “vibrating Lawyer” Beverly Munga.

And trust me she had no nice things to say as clearly depicted in these screenshots below: 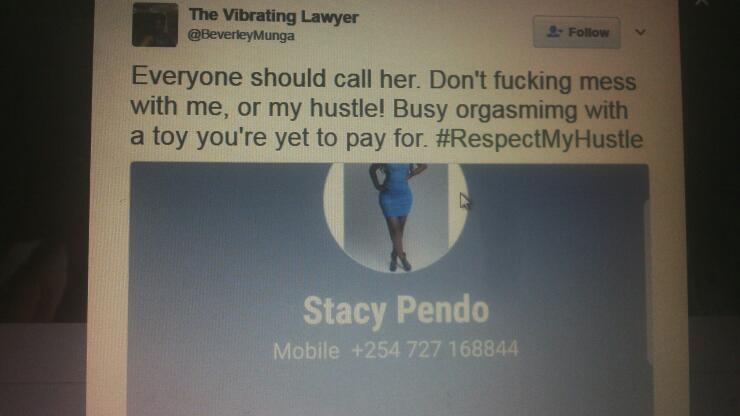 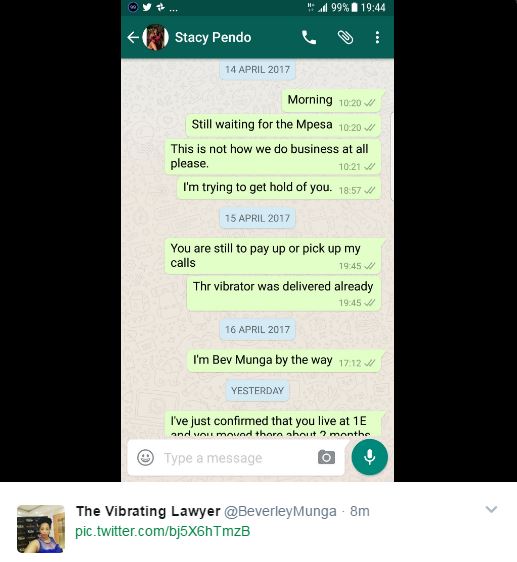 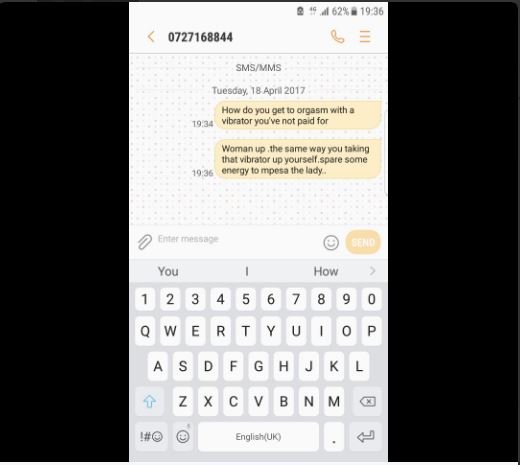 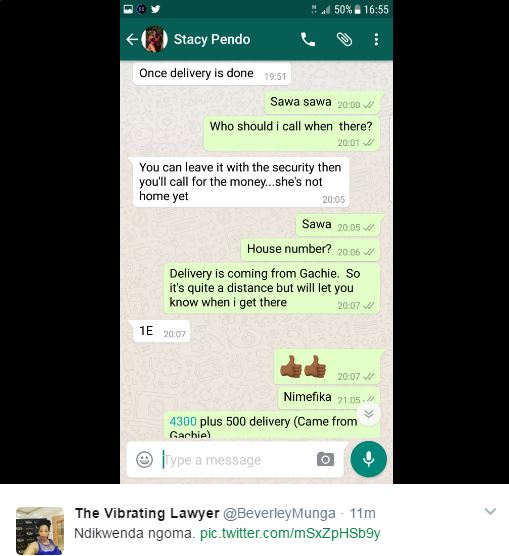 We reached out to Bev Munga who was very pissed by the way and she confirmed that what was circulating the interwebs was indeed true and she was very much willing to divulge details on their dealings. She even shared Pendo’s number and it matched the one we had.

Pendo on the other hand denied the whole story and alleged it was not her; that she wouldn’t do something of the sorts and that the updates were a case of mistaken identity.

I guess they both the know the truth but if you have to something up your vajayjay kindly just pay for it. I bet you wouldn’t want your sponsor to pump you the whole night and not leave at least salon money now would you?

Pendo exposed badly for failing to pay for a dildoPendo news