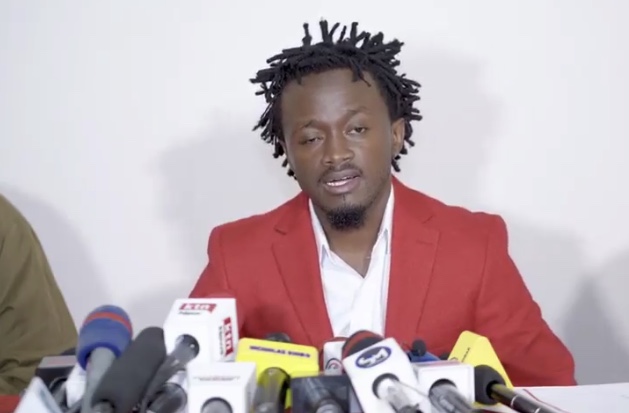 Musician Kelvin Bahati Kioko earlier this morning held a press conference, revealing that he had been requested to withdraw from the Azimio La Umoja ticket’s campaign for the Mathare Parliamentary seat, in favour of sitting MP Anthony Oluoch.

The unfair request was apparently made by powerful people in the government, despite them knowing he had fairly won the Mathare constituency nominations, which allow him to run on the Jubilee party’s ticket as the next MP for the constituency. 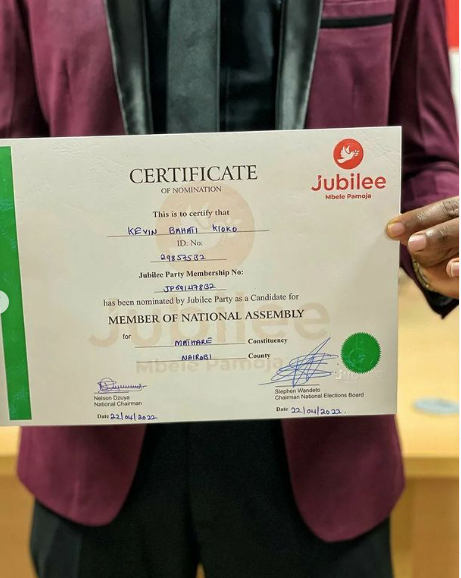 Bahati ordered to step down

During the press conference the Mama hitmaker popularly known as mtoto wa Mama however broke down in tears; a move that gained him sympathy but at the same time portrayed weakness. Good stunt, but a not so well thought out move.

Judging from how netizens reacted to the crying video – most feel Baha isnt ready for politics. This is because he can’t keep crying every time he faces a hard time and as for politics….it’s always a dirty game. 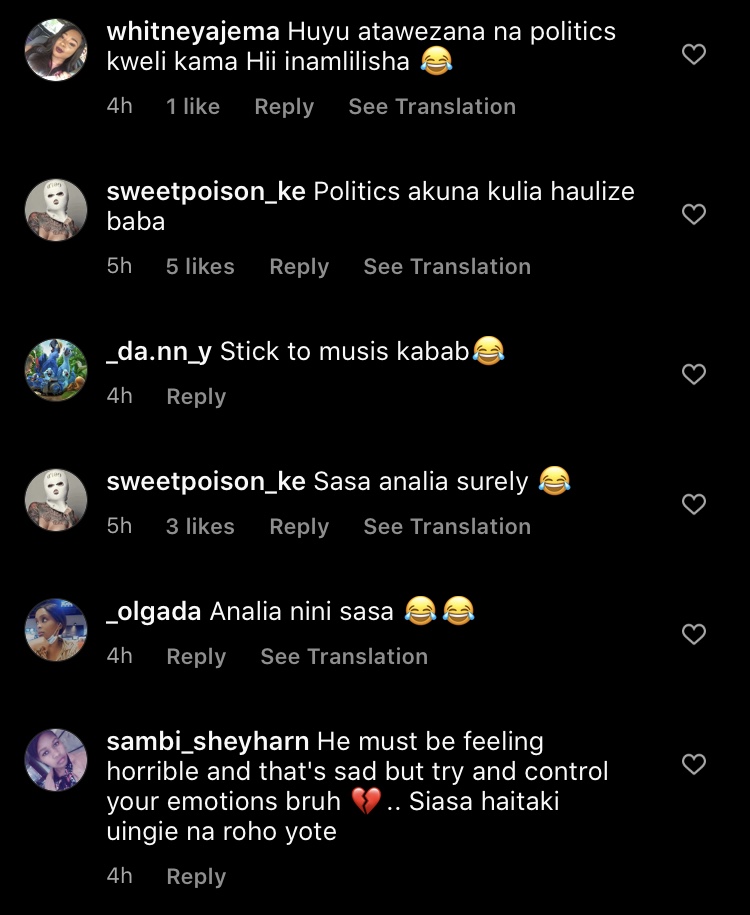 With the video making rounds on most social media sites, looks like former Machakos First Lady Lilian Ng’ang’a also came across it hence her advise.

Politics world over is not for the weak. I admire the courage…

At least with her – she appreciates the fact that he is courageous enough to speak out, rather than blindly follow demands that wouldn’t favor his constituency.