Popular DJ cries foul after police rough him up at work 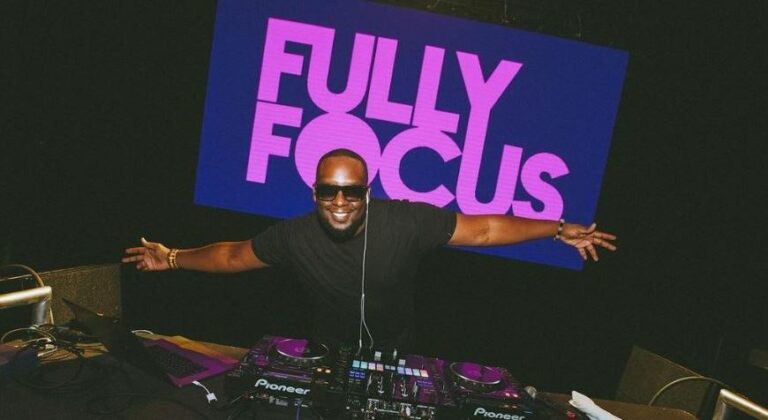 Popular disc jockey Michael Ndung’u, popularly known as DJ Fully Focus, is the latest entertainer to be roughed up by authorities this past weekend while performing at a certain club in the city. 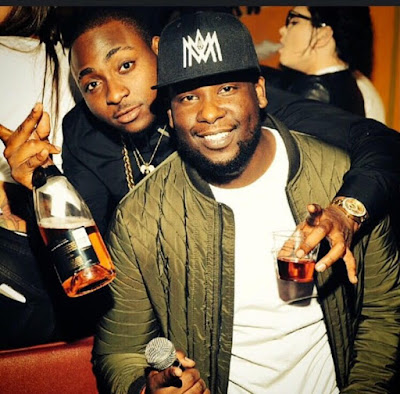 From the tweets he shared, DJ Fully Focus says the police apparently arrested him for playing loud music; something he believes he had no control over. Taking this to his social media pages, Fully Focus narrated his experience with police saying;

Last night I was arrested while in the middle of my set for “playing loud music in a club”. I was confused & angered coz it was abrupt w/ no warning & taken aggressively like I was a criminal 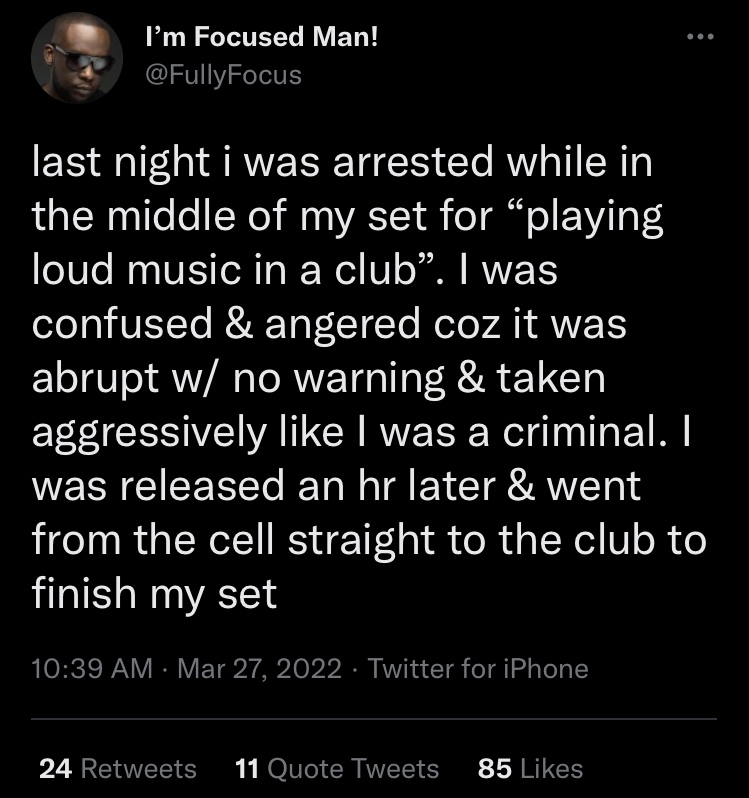 He went further to state that this was a form of harassment and disrespect to entertainers trying to make an honest living. According to him, this should be a time when sociaety understands that everyone is trying to bounce back following the economic struggles caused during the pandemic period.

Also read: ‘I Was Emotional’- Dj Creme De La Creme Explains Why He Regrets Saying Marriage Is A Scam

It seems DJs in this country are treated like trash yet in good & bad times that’s who everyone relies on to keep them sane. When the world shut down it was via live streams & mixes. When the world opened it’s via clubs, bars & concerts. Most get paid peanuts & now this? NO.

From the other tweets, we also understand understand that Fully Focus was arrested alongside other DJs on that fateful Saturday but luckily we’re all released after a hour.

However he says instead of heading straight home, Fully Focus says he went back to finish up his session – just to get rid of the bad energy. I was released an hr later & went from the cell straight to the club to finish my set. I didn’t want to go home w/ that energy & when I got back on, the cheers from those who stayed gave me joy & I finished my assignment. I’m grateful I went home safe but the other DJs who were also arrested from other clubs didn’t & that is not right, this needs to change for good.