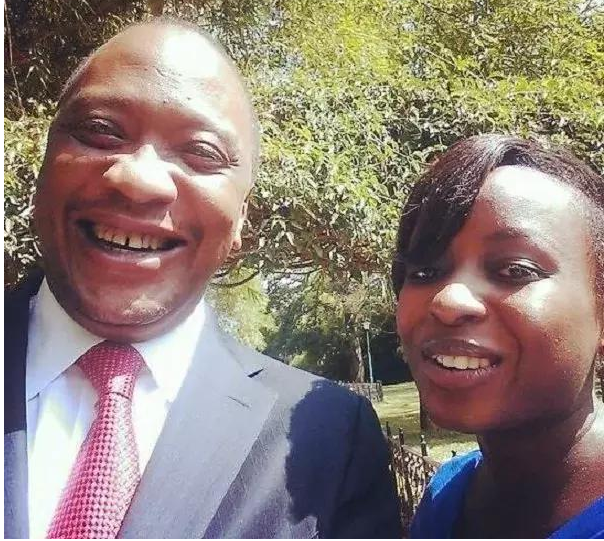 Just how close are president Uhuru and Jacque Maribe? That’s the question still bubbling in many journalists after what transpired on Thursday April,20th 2017.

The president was holding a press conference in State House grounds to speak on Jubilee’s position in the upcoming party primaries which went down on that following Friday, April 21st.

Also read: Uhuru joins Kenyans in mourning the death of Ayeiya with this heartwarming message to the whole Churchill fraternity

He was keen to reiterate Raphael Tuju’s statement that aspirants would automatically be disqualified if they caused poll violence at the primaries. Has that happened by the way since it was nothing but total pandemonium?

Anyway, after his announcement, it was time for the president to take questions form the press which he was not keen on taking. Well, apart from one person and that is Jacque Maribe.

And when he was done answering her questions, he walked away leaving the other journalists  reeling with disdain.

But if you must recall, Jacque Maribe has always had a close relationship with State House. First of all being the only journalist to have had a casual interview with president Uhuru where they took a drive across one of his ranches and secondly her alleged romantic relationship with Dennis Itumbi.

Quite the lucky girl ain’t she? Her fellow journalists must really despise her.