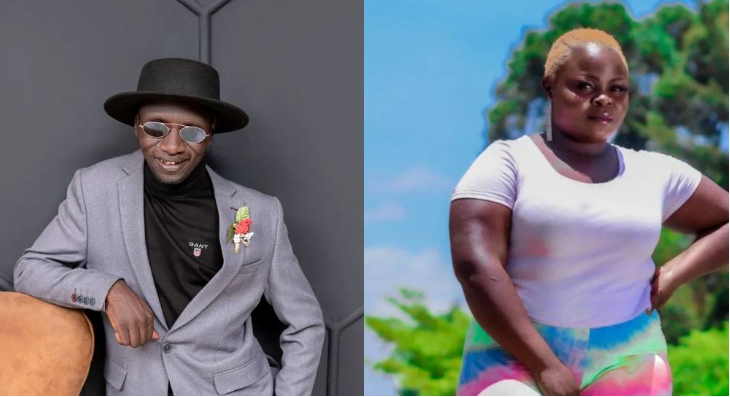 It’s not peculiar for the person you love the most to end up being the one who will hurt you the most. As a matter of fact, they’re the ones who dissapoint you even though you never expected them to. Some might even use you to gain something in exchange, maybe money, fame, or to fulfil their sexual profligacies.

This is what befell musician Stivo Simple Boy. After his fall-out with Pritty Vishy, the musician has been at ‘war’ with her. He recently divulged that Pritty was insatiable when it came to her sexual preference. Stivo maintained that this is what expedited their break-up.

Read also; She Wanted $ex With Me But I Refused- Stivo Simple Boy On Why He Broke Up With Pritty Vishy (Video)

Fame In Exchange For Love

Even before their break-up, Pritty Vishy was speculated to be using Stivo Simple Boy for her selfish needs. Most claimed she wanted to gain popularity through him. Which she did successfully. She admitted herself, and even posted a video stating the same, where she called out people trolling her for the same.

”Mbona mnanichukia?… Yes, level yangu haufiki. Hii nyumba yenye naishi it’s not my house. Ni nyumba ya shosho yangu and I will live it till I’m blessed. Me I’m a girl with a big God. And I will ashame all of you. Stupid people. I don’t care… And wale wenye wanasemanga sijui nilitumia Stivo ndio nikaomoka, yes nilimtumia. Utadu? Hakuna, nothing!”

Pritty maintained that even though they’re having differences with Stivo Simple Boy, they’re still good friends. She however, threatened to pull out from supporting Stivo after he disclosed explicit details of their sexual relationship.

Watch her full video below;