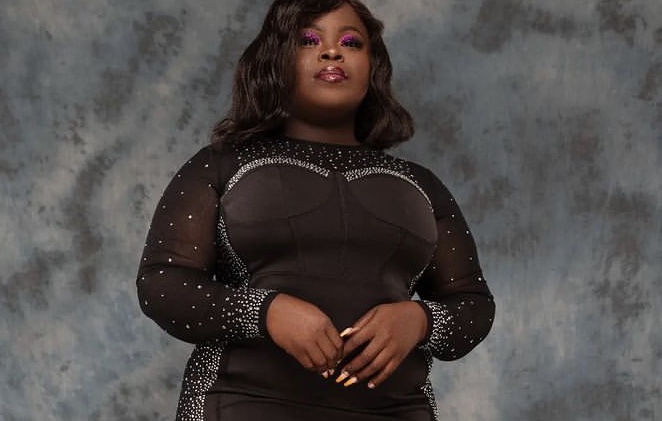 With Stivo simple boy making headlines with his Freshi baridi slogan, his ex girlfriend Pritty Vishy on the other hand is also trying to make a living with her new found fame.

So far we believe that she’s working with a certain online shop dealing with women’s clothings – and having market the items for them has also given her more exposure.

However before the fame and money – Pritty Vishy says she was just another ordinary girl who was still in school. She revealed this in a post aimed at explaining how she became a celebrity overnight.

Thanks Mungai Eve for discovering her

Well according to her, she owes her current celebrity status to Mungai Eve who was the first ‘journalist’ to reach out to her. In a detailed post Pritty wrote;

This was my first day when I met @mungai_eve that day I was in school infact in class when she texted me..yes I had my katululu in class 🙃and that day I refused to go for kiswahili lesson k was the terrorist of the scholl🤣🤣when I saw her txt and missed call I didn’t believe so I decided to reverse call😉when it rang nikakata na skanikol back ..she wanted an interview 😪hereh I won’t lie IT WAS A DREAM COME TRUE..so I snickrd out of the school to go and meet her🤣🤣bt it was worthy 😇🤪😜kenye iligappen the next day shule 🤢🤢nitawasho🤣🤣badae

Okay, I know it’ll take y’all a minute to understand her post – but from what I’m getting is that Mungai Eve reached out to her while she (Pritty) was in class for a Swahili lesson.

This is how she landed her first interview and was introduced to social media as Stivo Simple Boy’s girlfriend. Not sure whether at that time she was done with high school (since she mentioned something about a Swahili lesson) – but chances are that she could have been a high school student.