The only reason why Sossion’s wife , Ms Kenduiywa shouldn’t let him divorce her…no matter what! 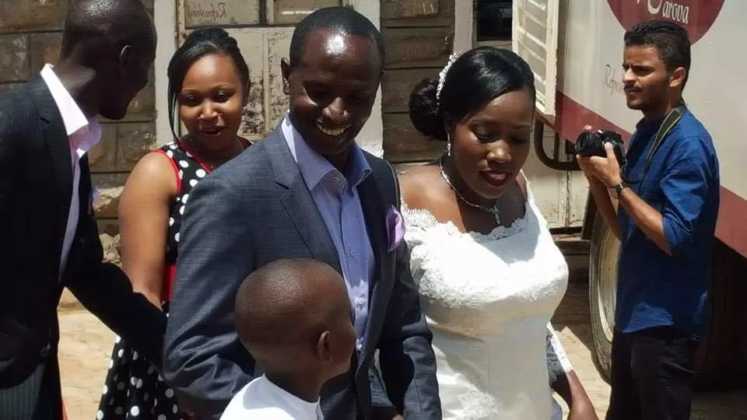 Kenya National Union of Teachers (KNUT) secretary general Wilson Sossion today woke up an agitated man and it had everything to do with what Nairobian had published.

The newspaper alleged the teacher’s activist was in the middle of a nasty divorce with his newly wedded wife Ms Kenduiywa. The two tied the knot a year ago at the AG’s office before proceeding to do a simple ceremony in Sossion’s home in Bomet in the presence of few close friends and family.

Apparently things had hit the snag between the two and Sossion was calling it quits as he had stumbled upon substantial evidence that his wife was cheating on him with a rich tycoon from Eldoret. And it was a direct result of Sossion’s affair with his baby mama by the name Karen who resides in Lang’ata.

She was apparently sick and tired of their relationship and she decided to teach the man a lesson.

The two have since denied the allegations in a short video clip they shared online earlier this morning threatening to sue the Nairobian for malicious damage.

If I was Ms. Kenduiywa however, there was no way I would let the man divorce me. I mean, have you seen his pay slip?

Yes, the man’s take home salary was the subject of discussion late last year as it emerged he takes home a whopping 663, 000 every month.

Can you imagine that? Just for always being on TV and constantly opposing education CS Fred Matiangi.

And mind you that’s beside all the allowances and handouts that come with his position. The man is RICH and it would be dumb to walk away from him while you can inherit all of it in just a span of years.

Check out the alleged pay slip which he never came out to deny: 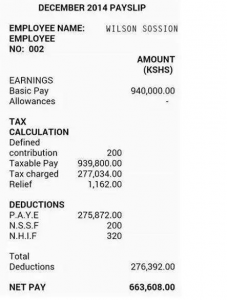