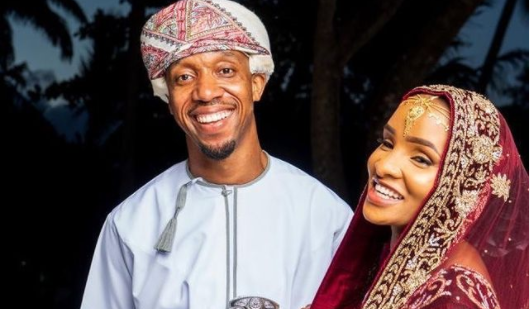 Award-winning Swahili presenter Lulu Hassan is without a doubt one of the most sought after female news anchors. Her prowess in news presenting is unmatched. Not only is she good on the screen, but also when it comes to family; she has proved to be one of the best at it.

The Citizen TV news anchor, alongside her hubby Rashid Abdalla are the true epitomes of a power couple. They have always wowed their fans with their perennial love and chemistry; which is evident while they present news together. They’ve been married for over 10 years and still counting. Their secret?

Lulu Hassan and her hubby Rashid-Google

Well, according to Lulu Hassan, marriage has it’s ups and downs but communication still remains key. Talking about marriage, Lulu has given some advice to young girls who are always looking to get a sponsor; who would basically give them lavish lifestyle in exchange for sex.

According to Lulu, young ladies should respect men who are already married. If they’re not, it’s okay to get married to them.

On an Insta Q&A, one of her fans asked if it’s ethical to get married to a sponsor. Her response; 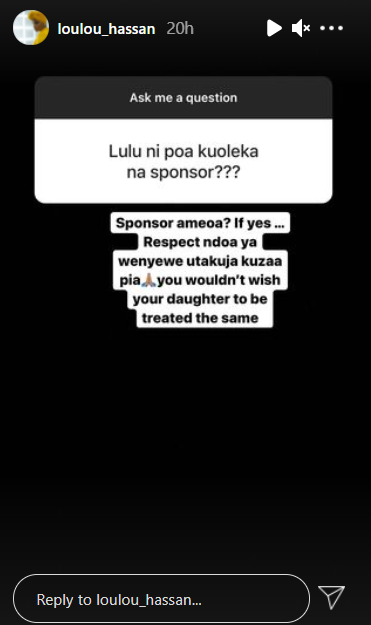 Lulu and her hubby are blessed with three kids; two sons and a daughter. They celebrated their 3rd anniversary of news anchoring together earlier this year.

In addition, the two sweethearts are always seen in sleek matching outfits while anchoring. For some, working with your partner in the same office is a big NO, while for some, keeping your partner that close is something they desire.