Willis Raburu was yesterday congratulated for ‘upgrading’ his game by the boy child on Twitter; moments after rumor had it that he left his wife for a fine Ugandan lady; who is set to become his new bride soon.

From the tweets making rounds on social media it’s evident to see that most Kenyan men on Twitter are all about looks; and if given a chance, they would destroy a marriage without thinking twice!

Well turns out that all the congratulatory messages were for nothing as the gorgeous lady linked to the Citizen TV news anchor barely even knows who he is. This was revealed by Edgar Obare who spoke to a close friend of the lady who is Rwandese and not Ugandan.

Also read; Willis Raburu reportedly throws wife out, moves in with another woman

As seen on the screenshot shared by Obare, the lady reveals that she learnt about the story through friends who shared links to tweets claiming she was warming Willis Raburu’s bed! At one point she even reveals that the situation got her stressed up as she had no control over it. She said;

I am crying right now everybody is sending me that. I don’t even know the guy 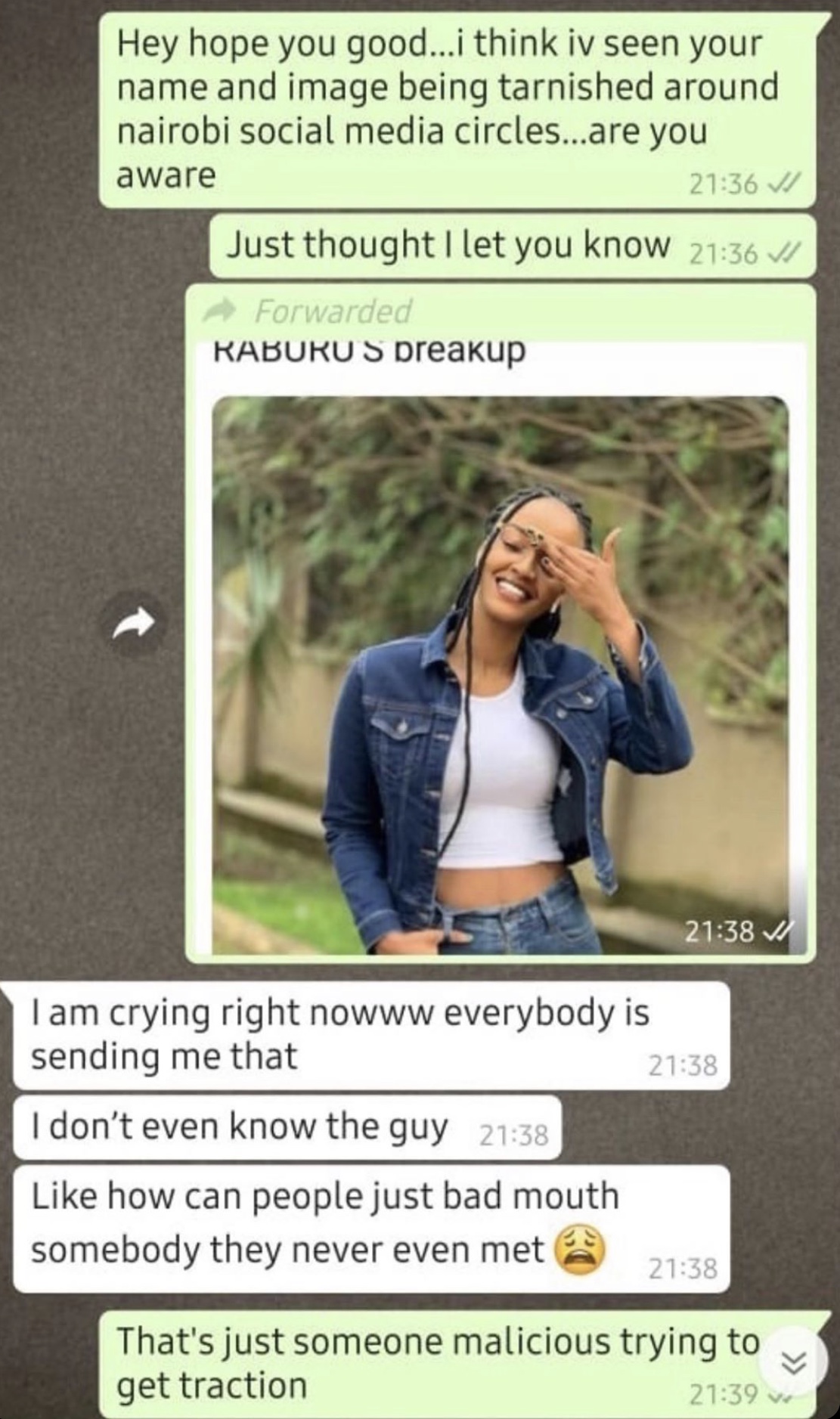 Although the couple may be facing a few difficulties here and there; we understand and value their privacy especially since they lost a child back on new year, 2020.

Dealing with the loss of a child is not something you can wake up from and move on without any pain; and for this reason there are those who have chosen to stand with Willis and Marya as they face a complicated and hard time.

As much as KoT are all about fun and games, we have to admit that this time around they may have crossed the boundaries!

This is because we all witnessed Marya Prude break down to a point of losing her faith – yet KoT is willing to push her further into depression by creating malicious stories.

Was it worth though?