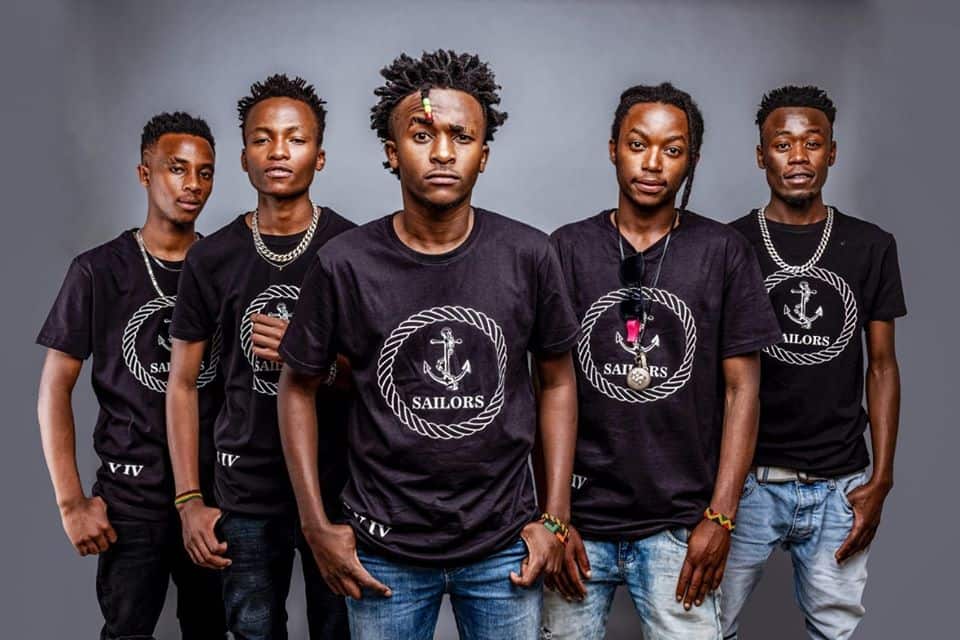 Popular Gengetone group Sailors have been on a silent spree for quite some time, leaving fans worried on their whereabouts. Inquisitive fans have shared their worries but popular member of the group Miracle Baby claims that this shouldn’t be a question.

He couldn’t remain oblivious over the numerous questions by fans. His furious response showed resentment & how disappointed he was; stating how much was stolen from them. 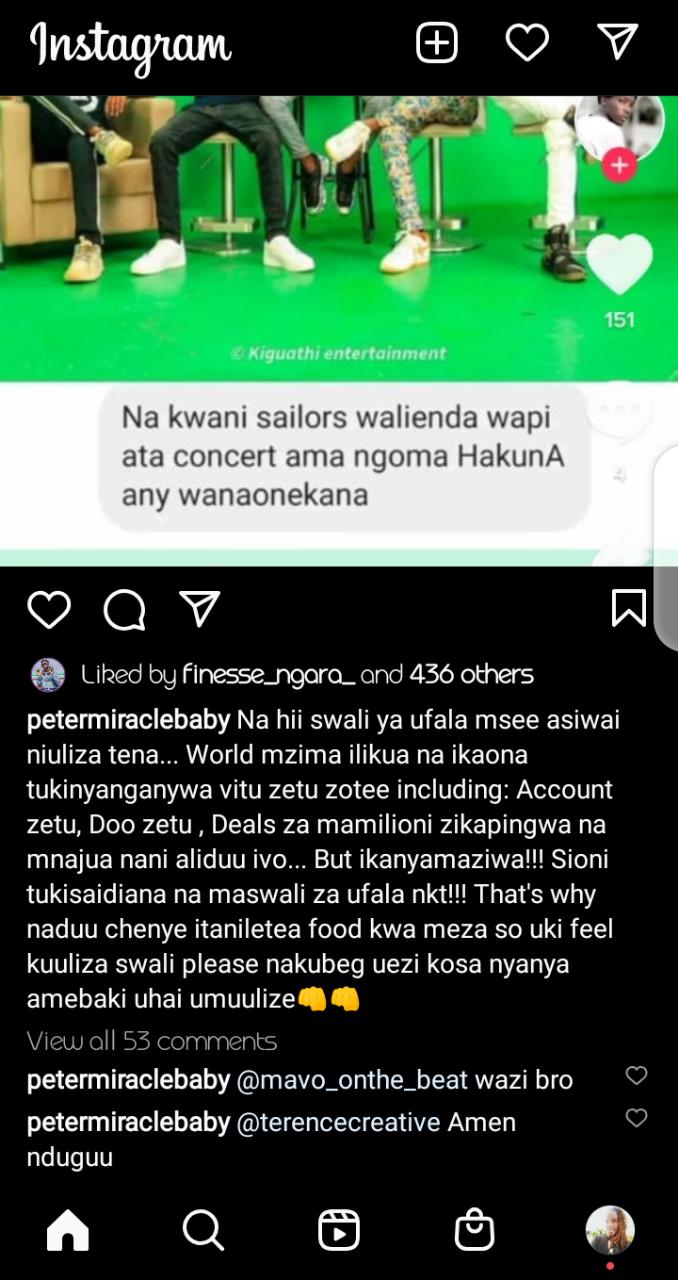 Comedian Terence Creative reacted with a consolation message and wrote;

”It shall be well bro,Mungu yuko .Never be afraid to start afresh”

In 2020, Sailors were in beef with radio presenter Mwalimu Rachel who was adamant in submitting the YouTube account which they used in sharing their songs. This is probably one of the paramount issues conglomerated in Miracle Baby’s response.

The gengetone group was among the pioneers of the genre that took the local music industry by storm- with Ethic group leading.

Miracle baby’s response comes at a time when the genre’s future is at stake and has sparked a heated debate on whether it will survive.