Samidoh tired & fed up by mocking his relationship with Karen Nyamu, he finally hits back

Samidoh is not hiding the fact that he is a polygamist. Okay, despite denying Karen Nyamu after she publicized her romantic relationship with him; Samidoh has taken a U turn and now more than ever he is actually proud of his second wife, Ms Nyamu.

I mean, they have two kids together and just the other day he attended her swearing-in ceremony at the Senate; and thanks to the photos shared by Karen Nyamu – we could tell they are no longer hiding their relationship.

Well apart from being present while she was sworn in as a nominated Senator, Mugithi singer Samidoh was also among the invited guest at the after party following swearing-in ceremony of president William Ruto and his deputy Rigathi Gachagua. Taking to social media, Samidoh wrote;

And henceforth, we promised to carry ourselves in a manner that pleases the Lord 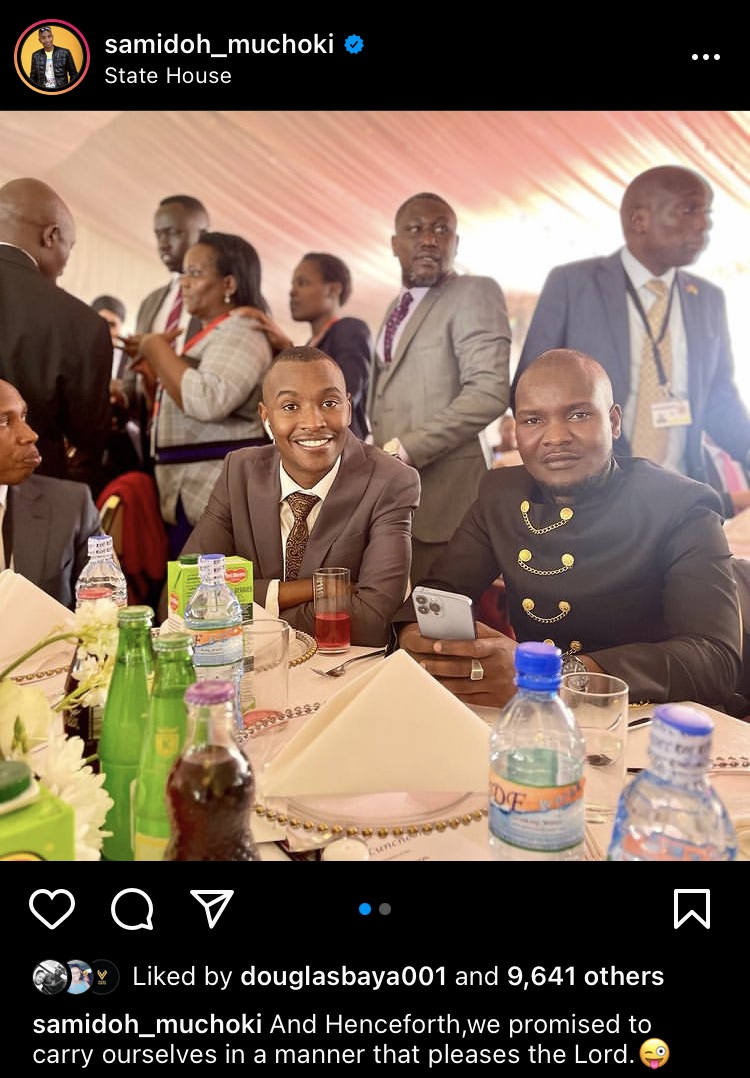 Privileges of having a side chic?

Well with the photos on his social media pages, looks like Samidoh once again invited critics to pick on him; and this time around a fan told him off saying the reason he was invited is because of side chic who hooked him up good with her connections.

Like wow the audacity right? Anyway unlike you and I who would have probably hit back by asking the fan to wait…no that’s wrong maybe something like inakuhusu vipi, Samidoh on the other hand was polite.

Dont get me wrong, he too wanted to shut the fan down but instead wrote; 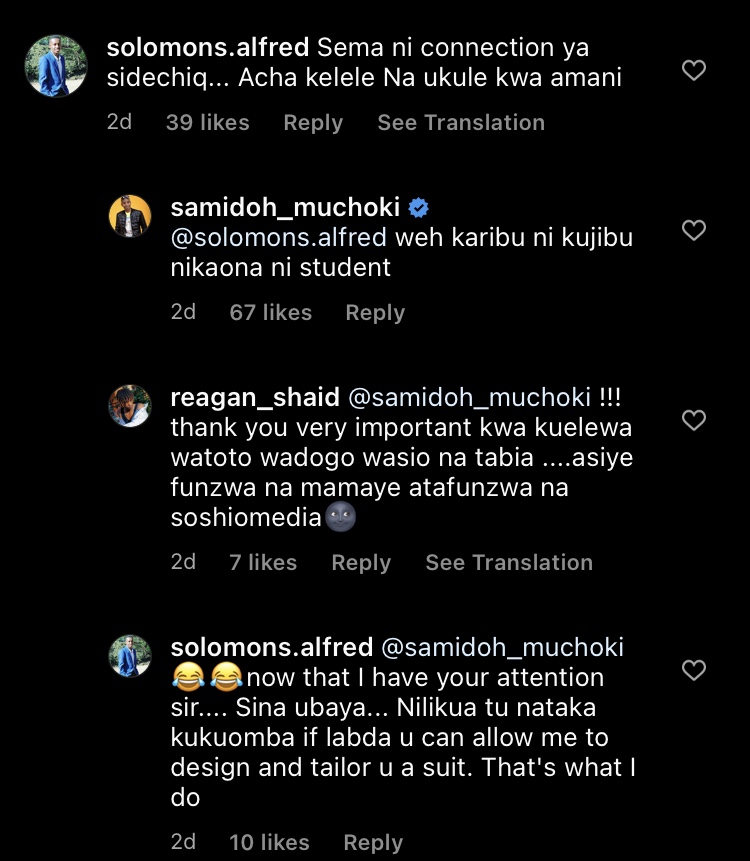 This however comes days after Samidoh’s first wife implied her husband is a man that doe not respect his family; hence his relationship with the other woman, Karen Nyamu.

But come to think of it….Samidoh already has two kids with the politician, do you really think he is about to leave with all the opportunities Nyamu is offering him?