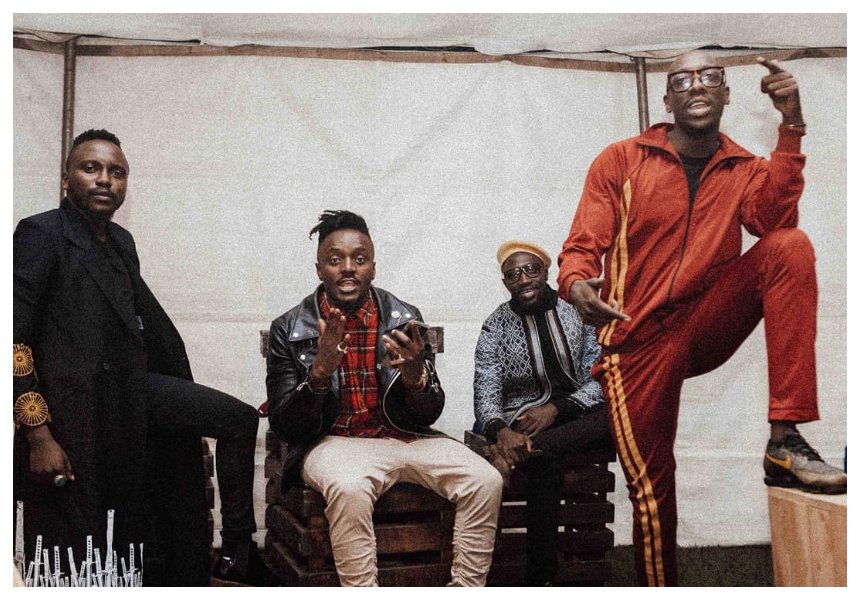 Sauti Sol want models to feature in their music video for free and in return they will give them food and exposure. This was revealed in a leaked email to models who were invited to appear in their upcoming video.

Sauti Sol announced on social media that they were looking for models to feature in their next video. The quartet said that the female models should be between the age of 18-25 years.

“PSA: This is a casting call to all female models between the age of 18-25 years old from Nairobi needed for a shoot on Monday next week. Kindly submit your full body and portrait shots (front and side) to [email protected] Deadline is tomorrow midnight,” Sauti Sol posted on social media.

A leaked e-mail from Sauti Sol telling the applicants that there would be no any other form of payment caused a stir on social media.

The email explains that the models stand to benefit from exposure. Sauti Sol tells the applicants that they will only provide food and transport during the shoot. 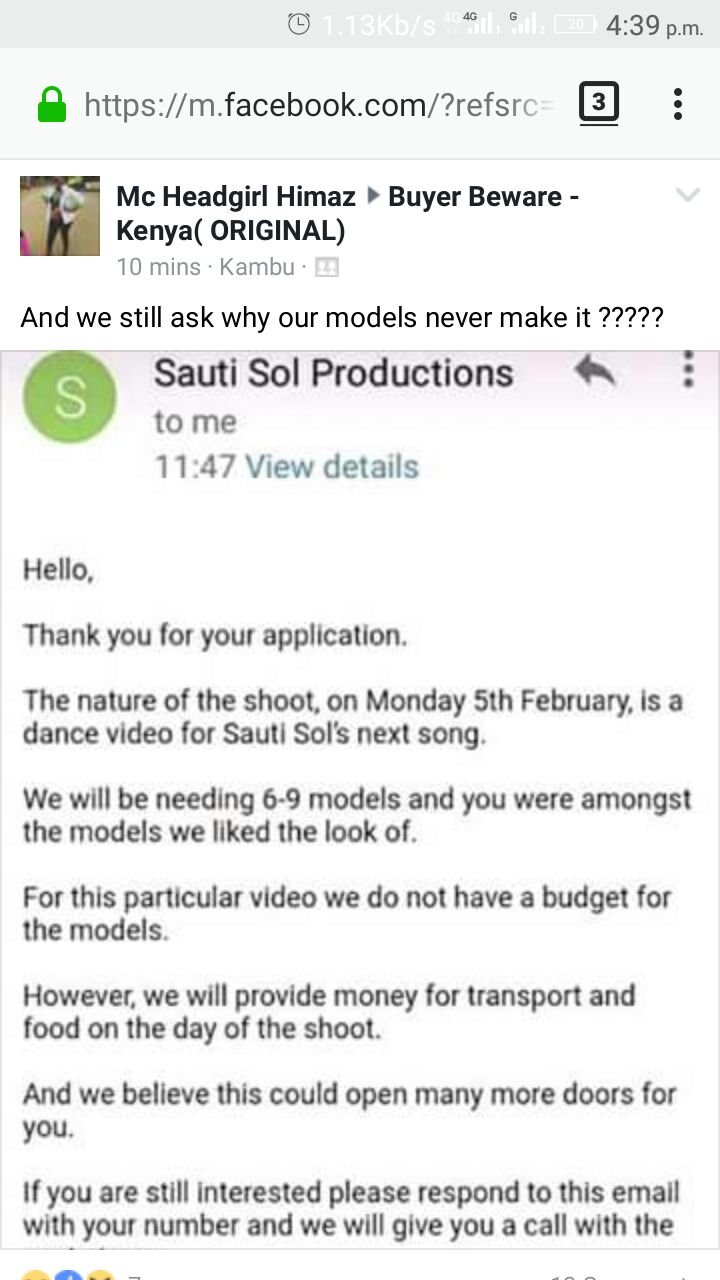 Sauti Sol was forced to cancel the video shoot after the email leaked online. The leaked email sparked a backlash from Sauti Sol’s fans forcing them to apologize.

“We have been made aware of an email going around asking models to appear in a Sauti Sol dance video production for no compensation. The production email address it was sent from is often used by 3rd party contractors and in this case they clearly got it all wrong. We believe in fair compensation for all work in the entertainment industry and do not condone the “exposure” speak. We believe our track record speaks for itself. Needless to say, we have terminated our contract with the production company involved and apologize for this misunderstanding,” Sauti Sol addressed the leaked email.