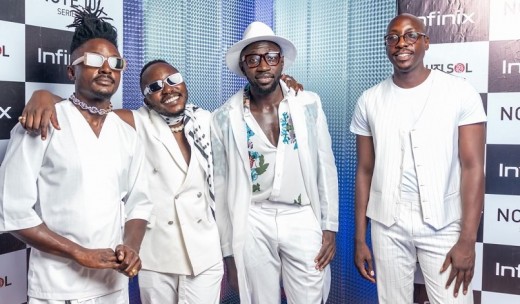 Award-winning musical group Sauti Sol are disenchanted with Raila Odinga after he allegedly conglomerated their song during unveilling of his running mate Martha Karua. The group has released a statement threatening to sue Raila Odinga and his political outfit Azimio la Umoja One Kenya Alliance for breach of copyright.

In the statement shared on social media, the group explained that Odinga had used the song Extravaganza without their consent during his political endeavours. The group shared to their fans that they were no longer involved in any way to contribute to the political campaign.

“We did not licence this song to the Azimio la Umoja campaign neither did we give any consent to it’s use in the announcement of their vice-presidential candidate. Furthermore our authority to use the composition, which is one of our most distinct compositions was neither sought nor given. This is blatant copyright infringement as directed by Section 35 CAP 170 of the Copyright Act of Kenya,”

The group’s song Extravaganza was one of their most listened to songs, released 2 years ago. It’s almost hitting 10 million views. I bet this is why the group got pissed when they realized it was being used in the political arena. Below is the full statement by Sauti Sol; 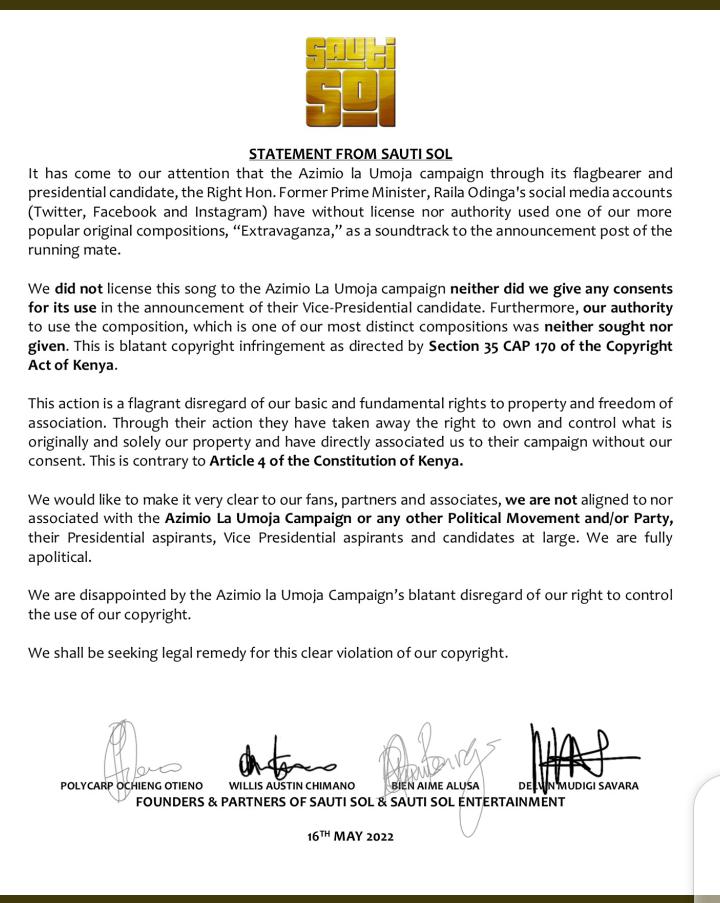