Shakilla gives her side of the story, exposes Willy Paul for violence and misusing her 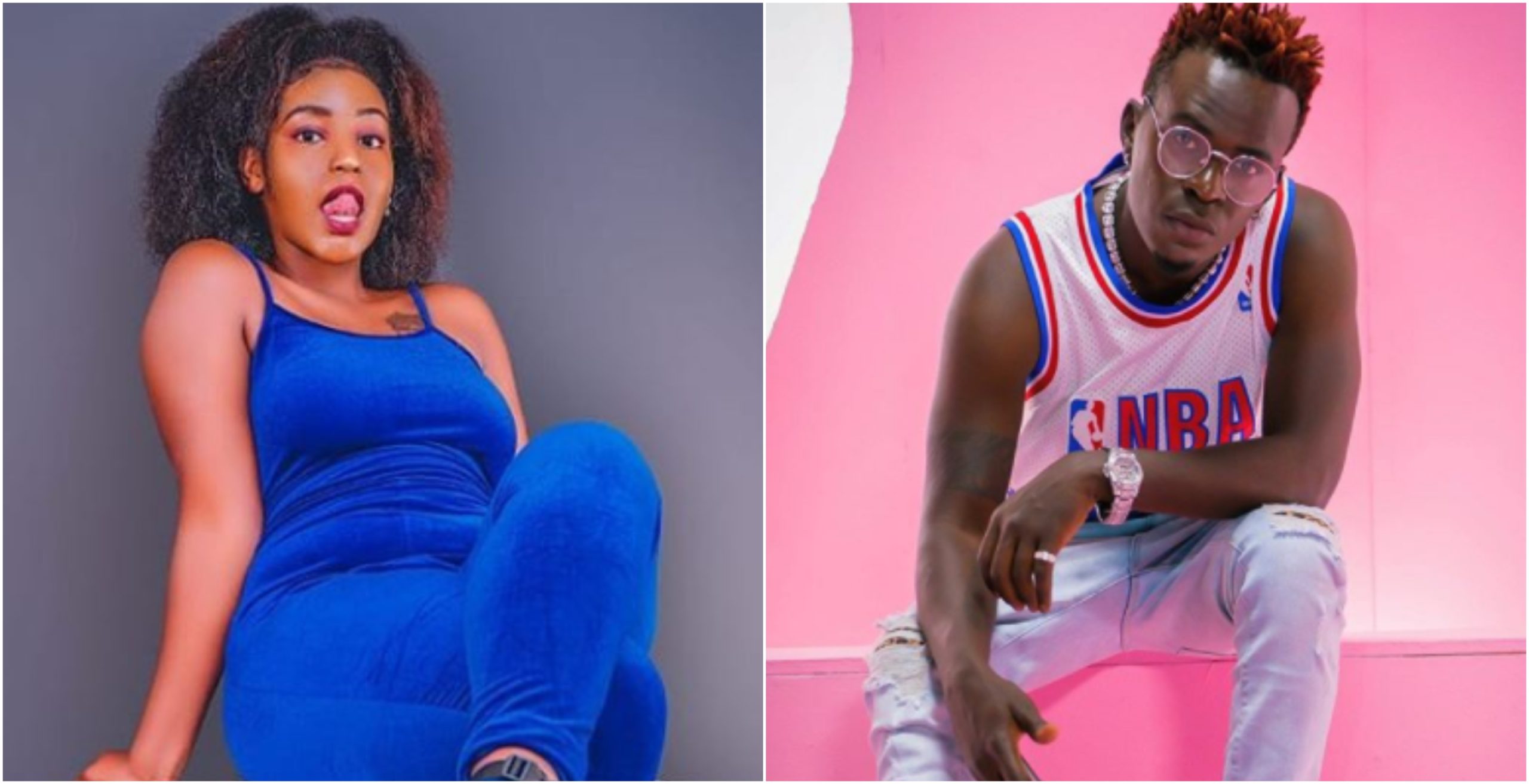 Shakilla and Willy Paul have engaged each other in a running battle of a nasty blame game following her sudden night arrest at his residence.

According to the singer, Shakilla was trespassing on his grounds, therefore warranting an arrest.

Yes, the babe eventually got released on bail, but she has a story to tell. “It was a set up. Got cheated on and wasted by someone who had comfortably invited her to his premises, only to later deny me.” 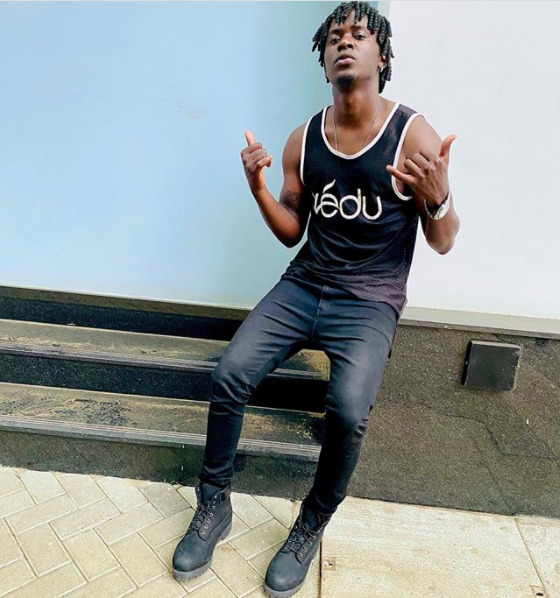 Well, she is just getting started with the dude.

Also read: Shakilla responds after Willy Paul accuses her of breaking into his home

In a series of screenshots of her chats with blogger, Edgar Obare, Shakilla gave her side of the story.

“Let me clarify, what happened yesternight [sic] was a completely different story from what Pozze said,” she stated. 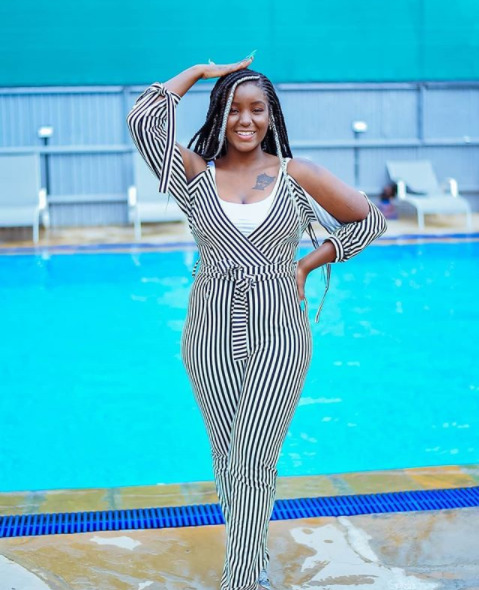 “I paid close to KSh50k of bail, then boom, he withdraws the charges suddenly”. Having got to his residence at around 8:30pm and stayed on up until around midnight when “Pozze came in with two guys who started harassing her.”

Plus, the OB details did not add up, being a formal document where the singer is expected to write his original names and not stage names. Something felt fishy for Shakilla. 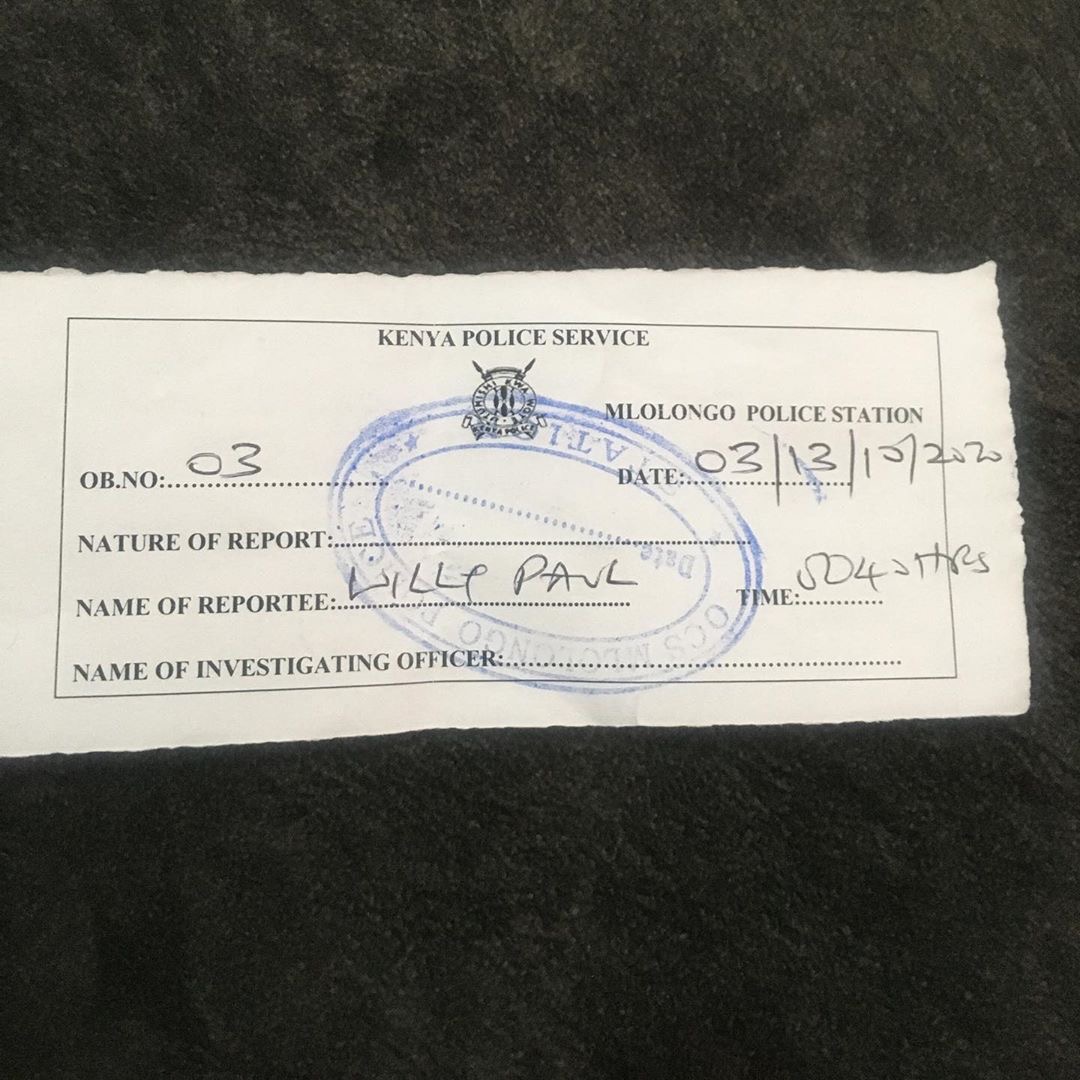 “That’s not the first time I’ve been at his house. I mean, if I had any intentions, I would have gone Live or something.” Shakilla had every reason to believe Pozze was “on a mission to damage her reputation” but she will no longer tolerate it.

It so happened, the two got into a fight, with the singer who had requested for her photos, demanding her phone password, thereafter slapping her and deleting the photos on her phone. 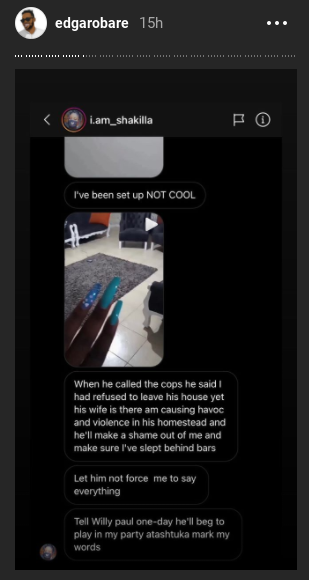 “Tell Willy Paul one day, he’ll beg to play in my party atashtuka! Mark my words,” declared the young socialite. 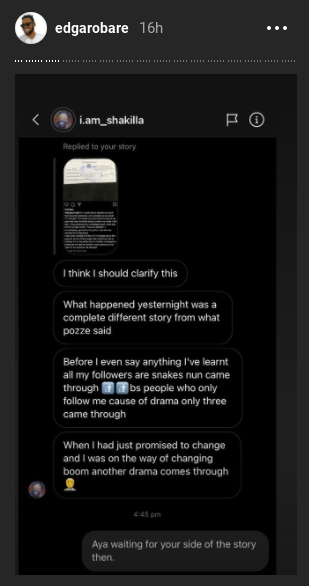 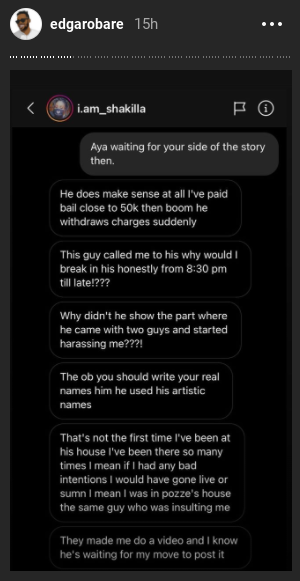 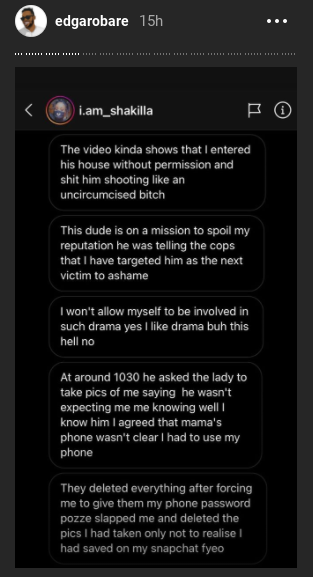