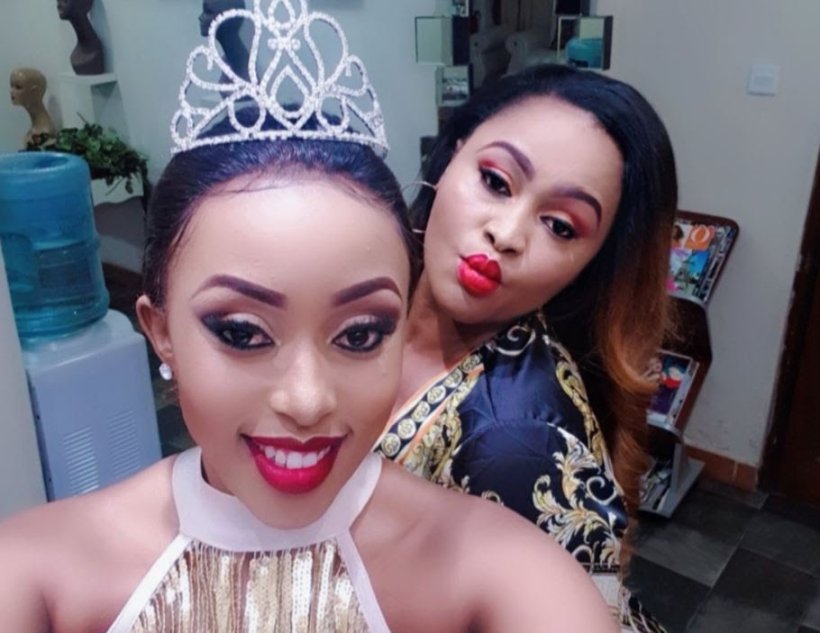 It still remains a big shock that Sally better known as Empresal is dead. From the stories shared online, rumor has it that she may have passed on following a skin lightening IV process she was receiving while intoxicated.

Although the rumors are still baseless since the postmortem results are not yet out; a few informers confirmed that the bleaching injection or Vitamin C is what messed with her blood pressure hence the untimely death. 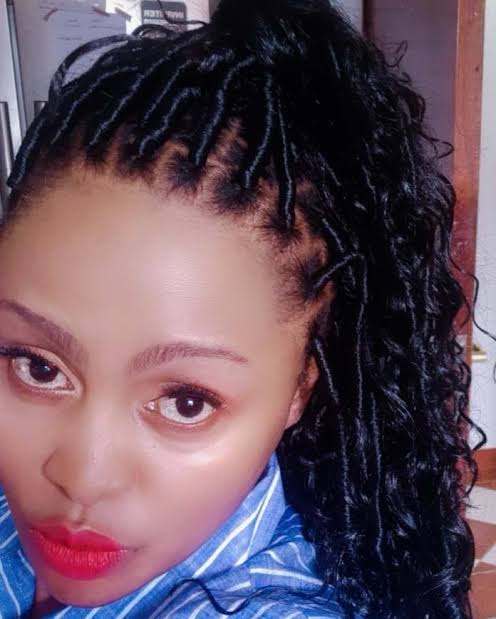 The late Empresal aka Sally

Well of course these being rumors, all fans can do is wait to hear from late Sally Wangeci’s family; to avoid causing more pain to the injury.

According to Amber Ray, the late Sally was born naturally light skinned unlike the rumors  claiming she may have been killed by a bleaching injection. In a bitter rant, Amber Ray wrote;

Also read: ‘I Can’t Describe What Is Eating Me Up’- Akothee H0spitalized For The 5th Time

I have never been the kind of person to address rumours but I just want to make it clear that my BFF didn’t die of skin bleaching injection as you all idlers claim. She was born naturally light and so beautiful.

The angry socialite went on to bash the tea master for spreading ‘false’ information while even the family is still yet to find out what killed Sally Empresal.

Speaking about the postmortem Amber went on to add;

And we are still waiting for the postmortem results. So Please, as much as it’s ‘tea’ for you at least get the facts right. Imagine we as her closest people don’t know what killed her and you, a stranger… you’re busy running your mouth like kitimba mwene etoo. Shame on you all. 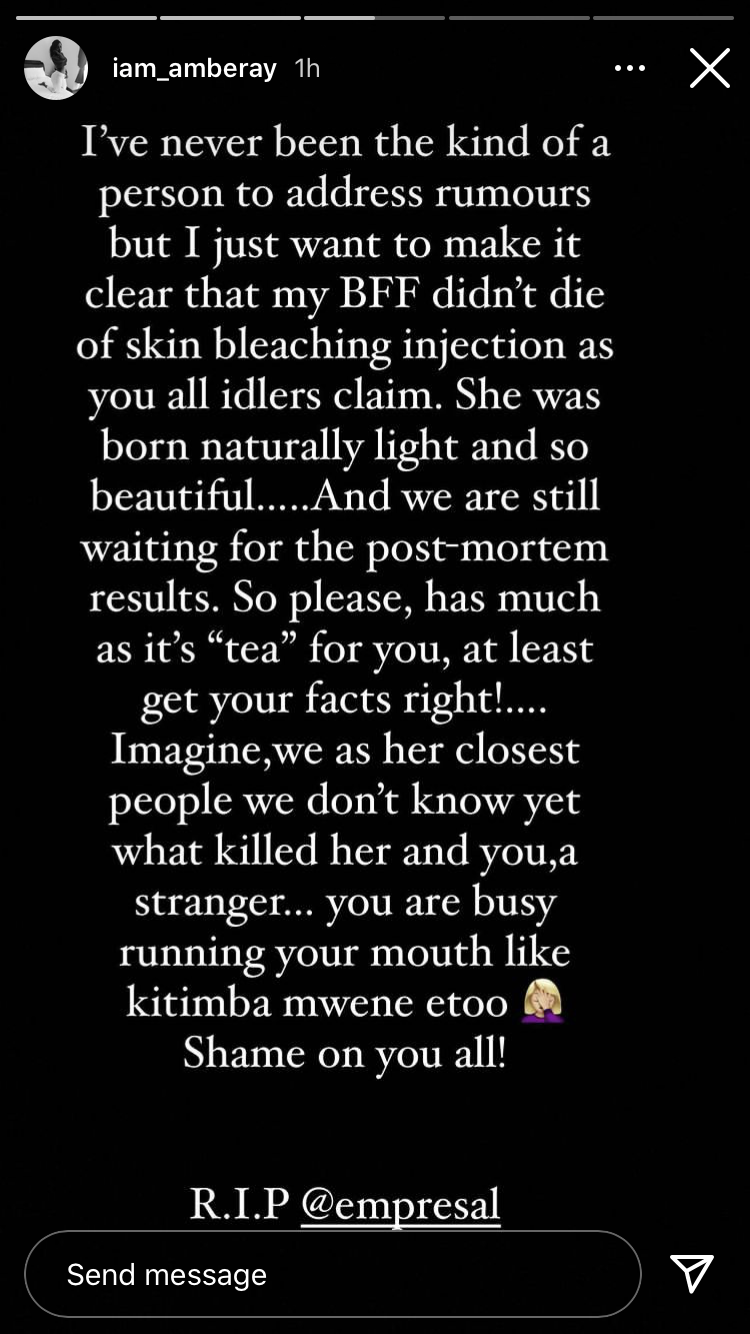