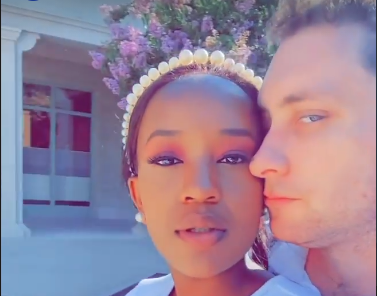 Popular city socialite, Sherlyne Anyango, found love just weeks after jetting to the United States of America- where she was set to ‘hustle’ hard and secure the bag before returning to the country. The voluptuous socialite, who doubled up as Oga Obinna’s ex, introduced her newly found mzungu bae after landing in the US. She however, claimed that they had already met before.

Together, the two sweethearts shared cozy moments and flaunted each other on social media to announce to the public how enamored of each other they were. From Sherlyne Anyango’s end, it was a love story that would have a happy ending. She never believed she was meant for a white guy, but there she was, swept off her feet deeply by the white fella.

In the grand scheme of things, their love was just like any other couple- with ups and downs. Eventually, they separated, and it’s now in black and white after the socialite divulged the latter via her Instagram. In a series of Q&A posts, Sherlyne shared that they had already broken up. One of her fans asked whether she’s still married. Sherlyne responded;

” It ended unfortunately. I think marriage is a scam.” 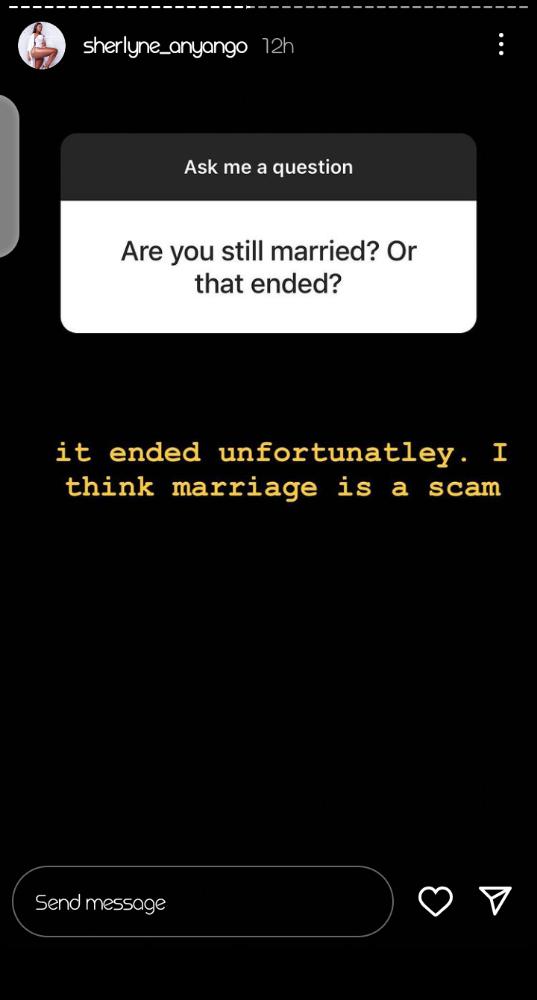 In another post, she confirmed that they’re no longer together after reacting with an X emoji; 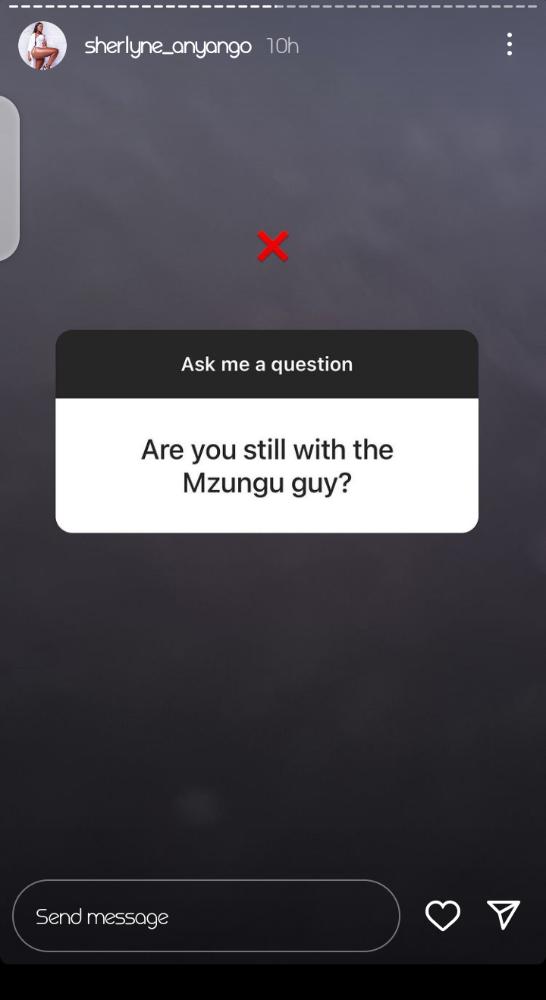 Some believed that she opted to go for the white guy to gain US Citizenship, but Sherlyne rubbished the same and claimed she was honestly in love;

No, I’m one person who can’t pretend. I loved him. He was cute and humble. Don’t ever say this btw.” 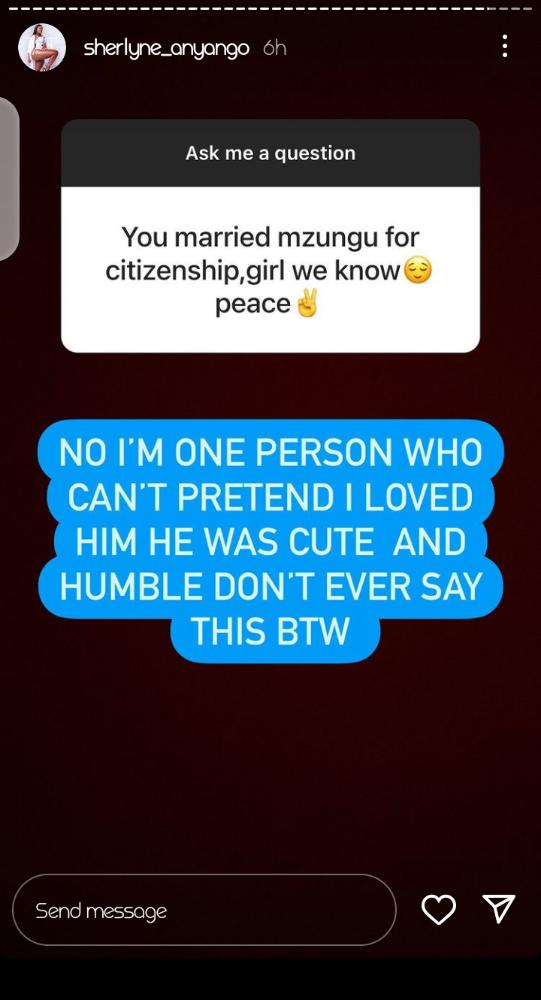 Sherlyne is yet to come clean on what expedited her break-up with the mzungu ex.