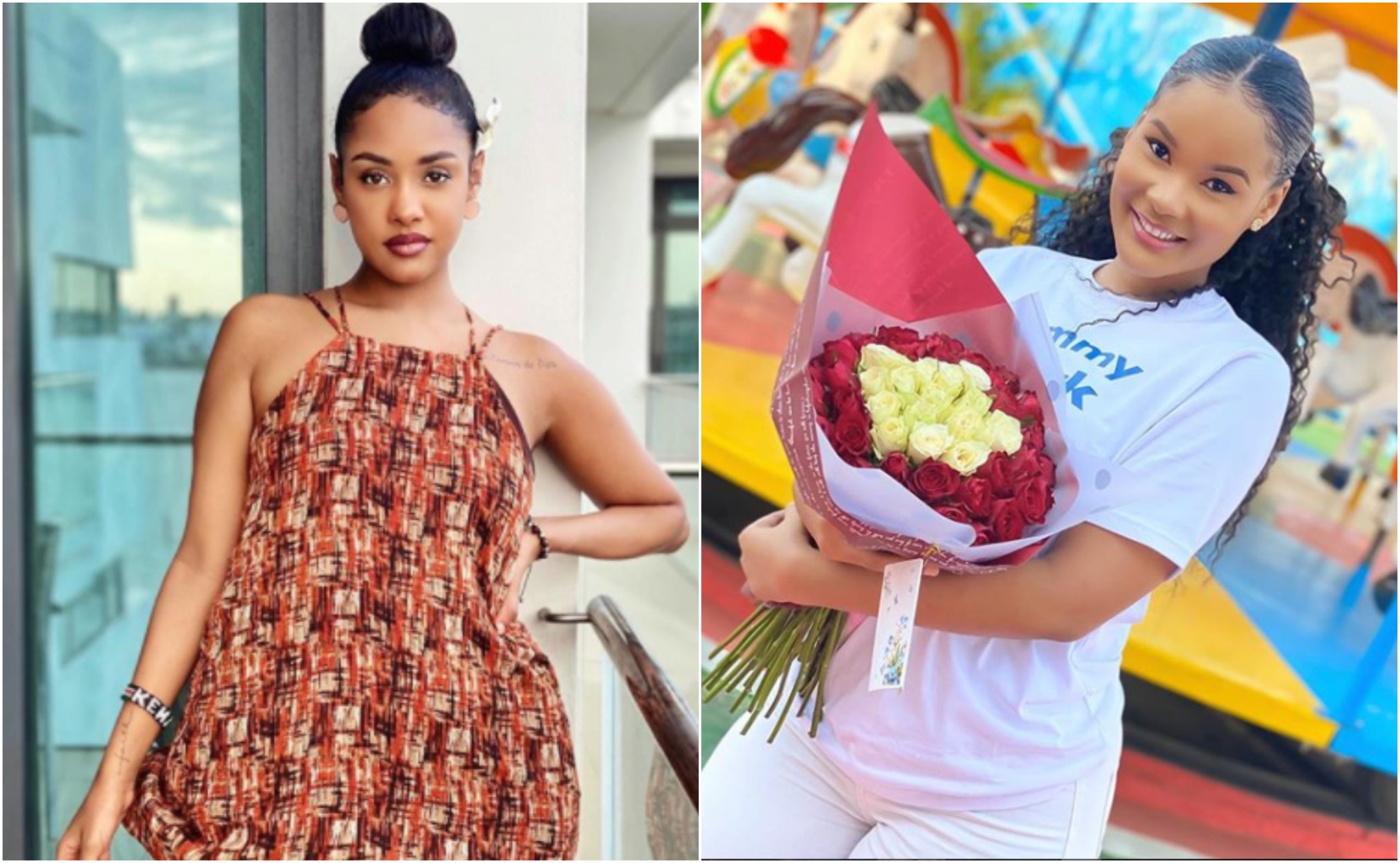 There are no permanent enemies, and no permanent friends, only permanent interests. A saying that best describes Diamond’s baby mamas, Tanasha Donna and Hamisa Mobetto after eating from the same bowl and realizing that if each brought their skill to the kitchen, then they would both enjoy a good meal.

Tanasha Donna and Masauti lay to rest speculations after releasing their collabo Liar that dropped on August 14, a product of Kenya’s coastal hub, Mombasa and one that disguises the beauty as the Queen to her King, Masauti who begs to be true to her. 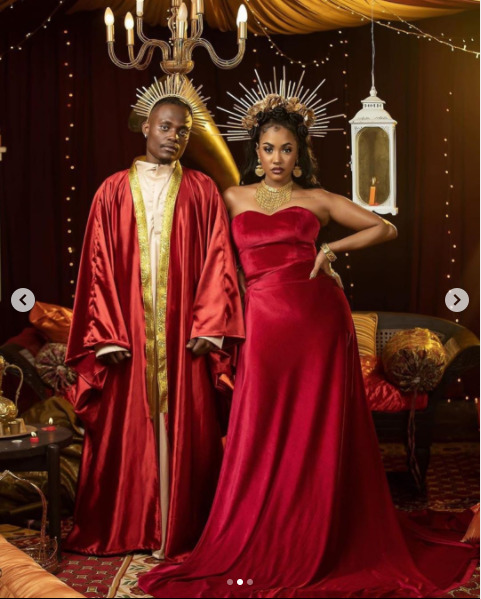 King and his Queen, Masauti and Tanasha Donna

T Donna’s outfit however left masses talking, only to turn out that Hamisa Mobetto was the brand behind Tanasha’s gorgeous look.

Interestingly, soon as the track dropped, a dear Mobetto shared it across her social media platforms urging fans to head over and check out the new ballad by none other than Mama Naseeb Junior. Thanking her for the opportunity to dress her, addressing her as ‘hun’.

The Beautiful Mama NJ has A song Out guys …. Kindly check it out the link Is on her Bio.
Thank You for choosing @mobettostyles Hun @tanashadonna ❤️. 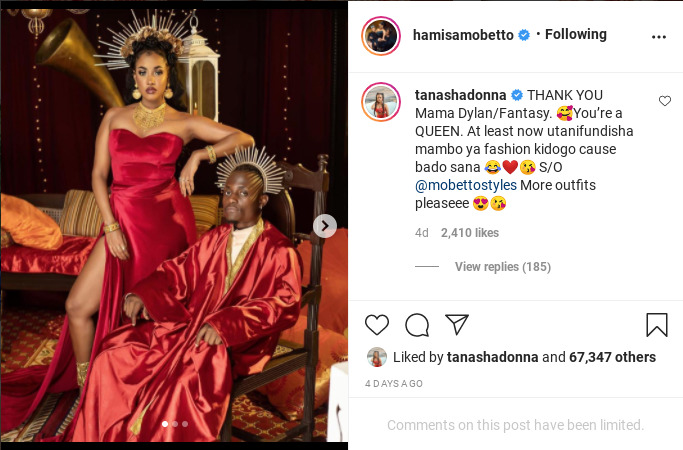 Tanasha expressed deep gratitude to Mobetto Styles and its founder, admitting she was not so good when it comes to fashion but through the Tanzanian model, her work was made easier. 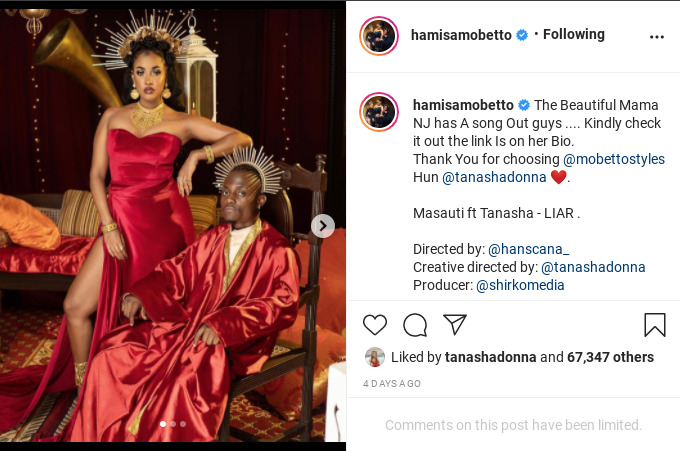 That was not until Mobetto was spotted jamming to the new track, in a video that caught the attention of Tanasha feeling humbled by Hamisa’s kind gesture and genuine support towards her brand as well.

The beautiful @hamisamobetto aka Mama Fantasy na Dylan vibing to “LIAR”. She made sure I looked bomb in all the ancient arabic style scenes courtesy of @mobettostyles . Asante sana kwa ku support & contribute to this song. Umependeza sana. 😍❤️😍

The beautiful @hamisamobetto aka Mama Fantasy na Dylan vibing to “LIAR”. She made sure I looked bomb in all the ancient arabic style scenes courtesy of @mobettostyles . Asante sana kwa ku support & contribute to this song. Umependeza sana. 😍❤️😍 #LIARMT (LINK ON BIO)

Their loving posts to each other have since gone viral with fans admitting that these two are Queens out to see each other prosper. In other words, if everyone brought in 50/50 to the table, then it was almost a sure guarantee of success. The bond between this two will only flame up, let’s give them time.

Hamisa has proven herself in the fashion industry, having been the mind behind Diamond’s recent trendy outfits and also dressing a good majority during Esma Platnumz’ wedding events.