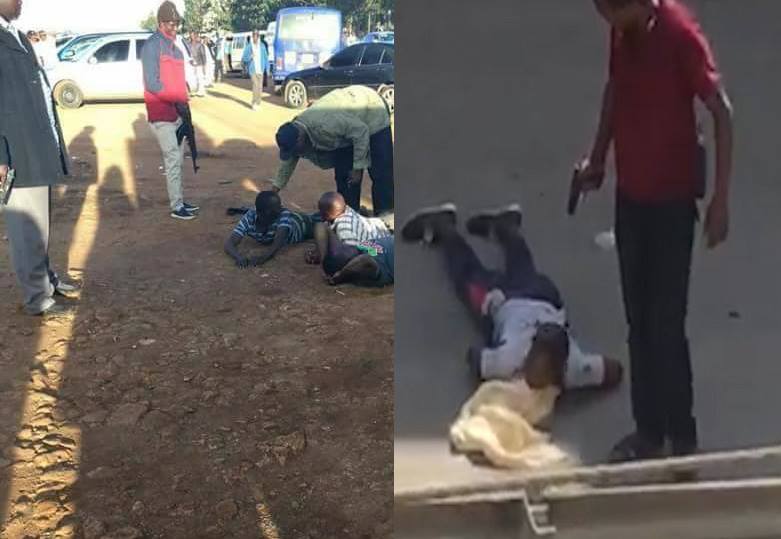 First they identify the thugs then they warn them, at times they even give them fare to travel upcountry. If these strategies fail then they hunt down the criminals, gun them down and post their photos on Facebook.

The Hessys are guided by their own ethos in their operations; kill all dangerous thugs in Narobi who have refused to quit living as criminals.

These killer cops have Facebook pages which they share photos of the criminals they kill – first they identify a thug then they post his photo on social media ,then they ask anyone who knows the gangster to ask him refrain from committing crime, at times they warn the thugs themselves when they apprehend them.

In some instances, the Hessys give thugs fare to travel upcountry so that they could avoid living as criminals in the city. When mediation fails, Hessys use copper (they call bullets copper).

Hessys hunt down thugs, kill them and then post their photos on social media to serve as a warning to other gang members.

Hessys are responsible for the deaths of many young gangsters, they have gunned down many members of the infamous Gaza gang.

Also read: Nairobi’s prettiest thug Claire Njoki Kibia buried like a sack of rotten potatoes as police cause drama at her funeral

Hessys are also responsible for the death of Nairobi’s prettiest thug Claire Njoki Kibia. Hessy Wa Dandora celebrated on social media when they gunned down the notorious female thugs.

Below are the diaries of Nairobi killer cops; how they warn thugs before they kill them is documented on the Facebook posts below: 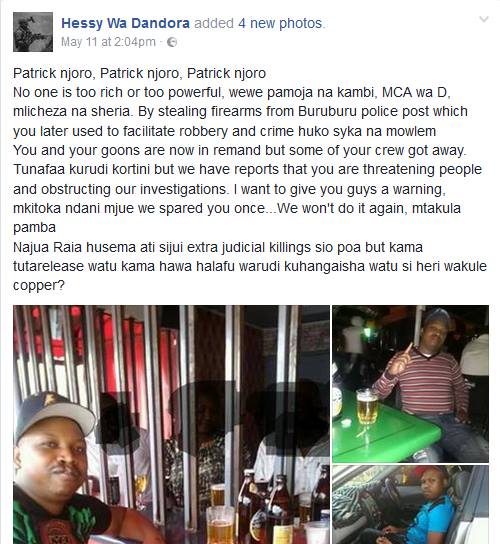 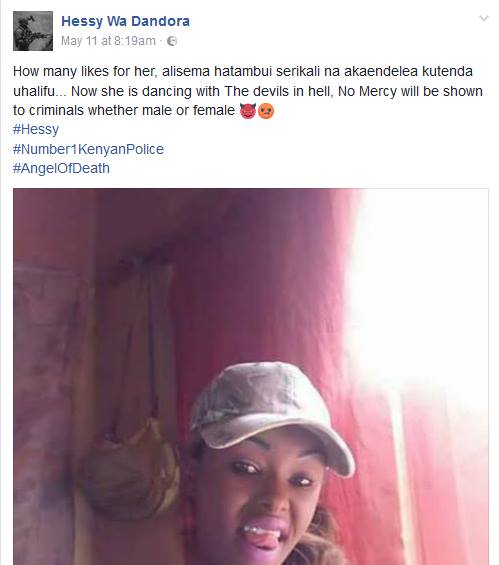 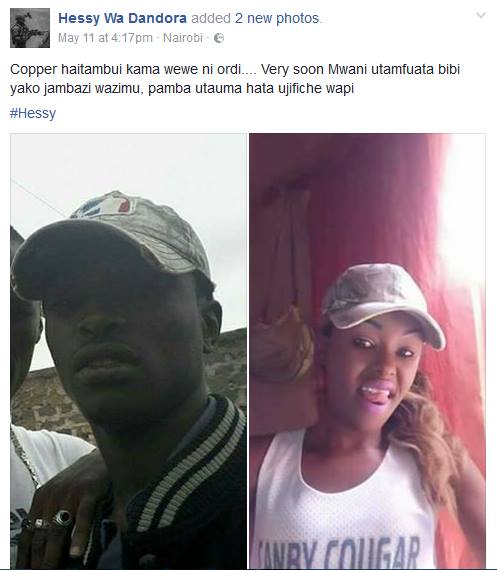 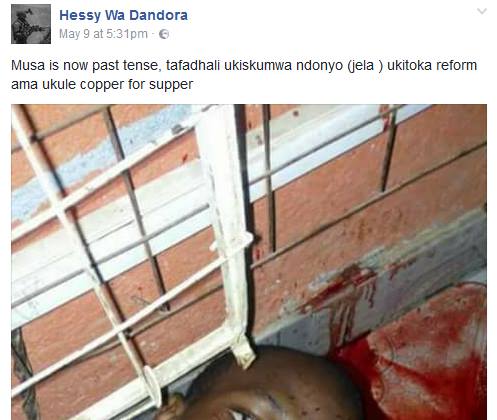 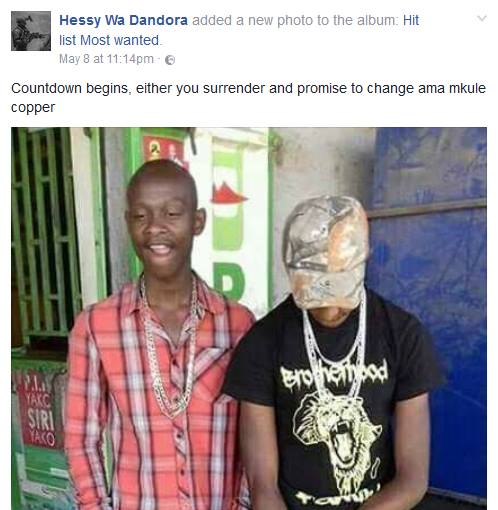 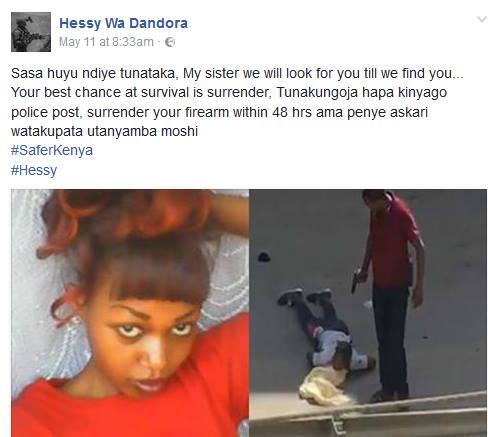 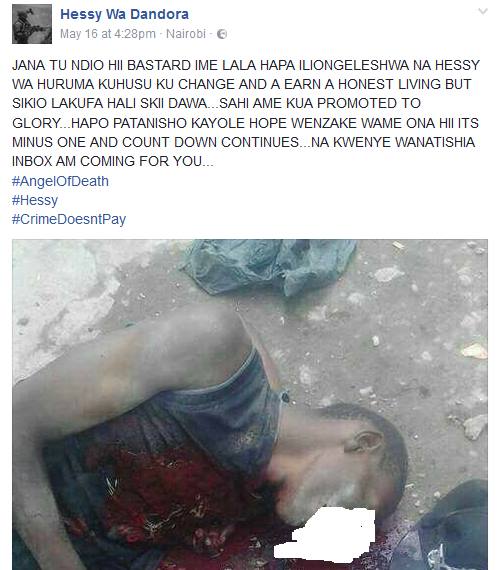 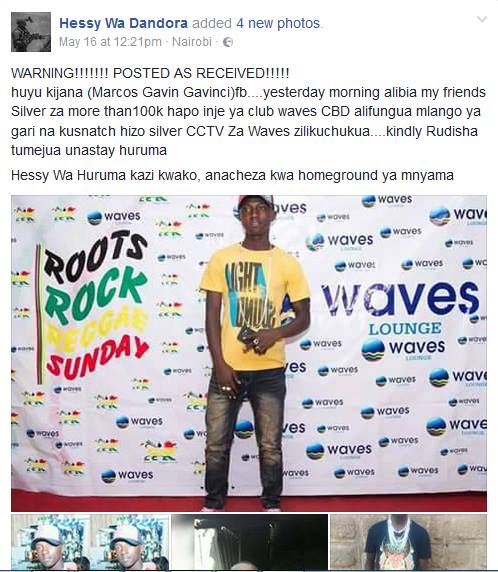 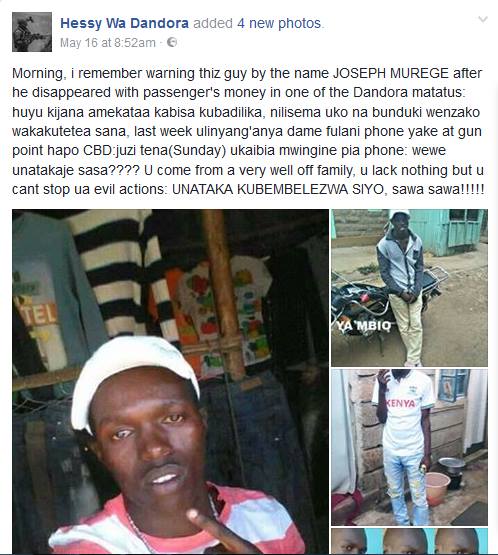 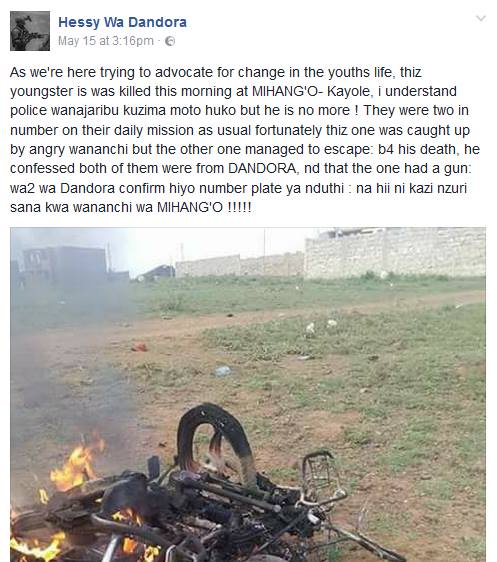 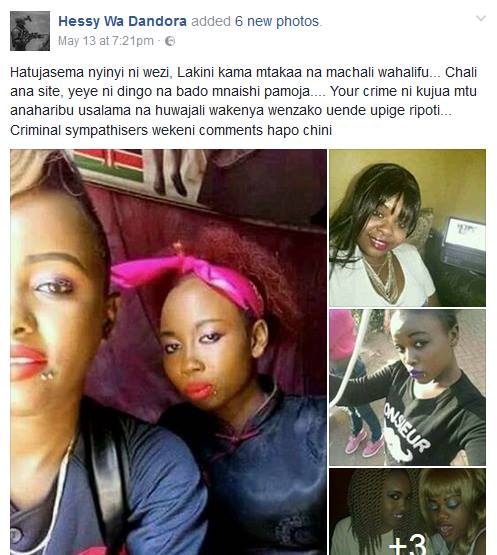 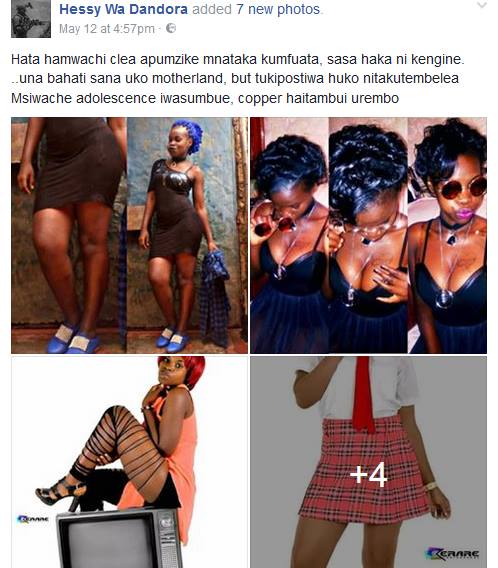 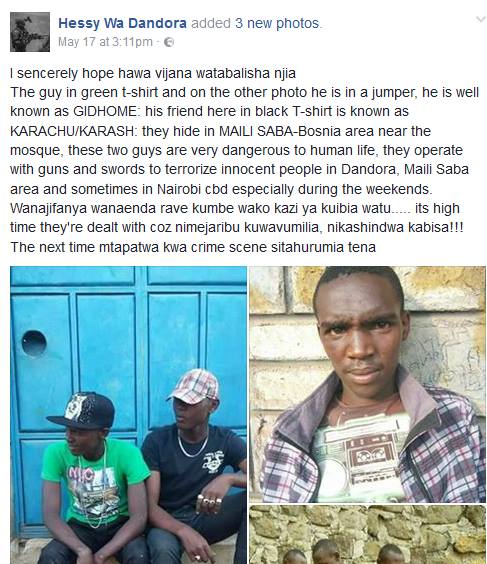