The Upcoming June 2019 AFCON Fiesta in Egypt will be Lit 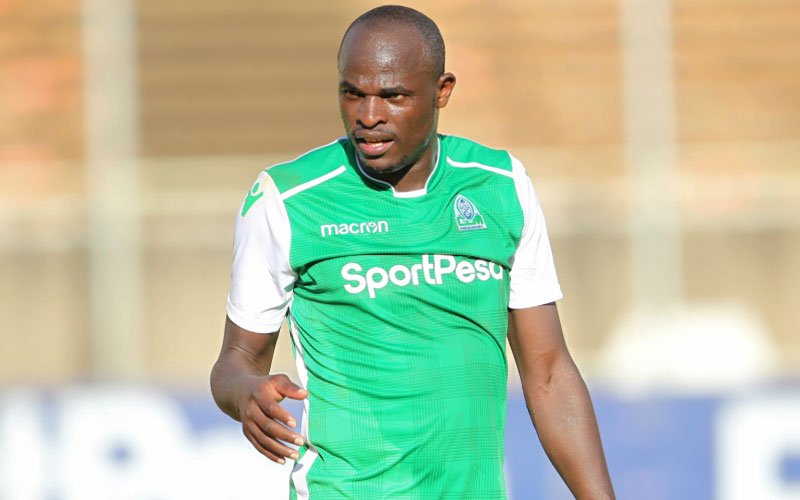 Every time the AFCON tournament comes around, it invokes powerful nostalgic memories of my late Grandpa.

Ok, hold up. I am telling this story all wrong. 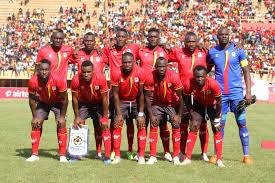 They didn’t know shin guards, and bone would crash against bone. A lad would limp for a few yards and be good for it. Hit a hidden rock in the elephant grass pitch and lose a toe nail, well, another will grow. And it didn’t help that I was always in my only favorite pair of North Star shoes I had inherited from my elder brother.

I couldn’t risk wearing those out – I couldn’t tell when he would outgrow his current size. Shoes were hard to come by. It’s not like you’d just log in on Android and get a Flexi-Loan from Co-Op Bank to grab another pair. No, you had to please the gods first. Times were hard.

I was branded a village wuss, and no village team captain would give me a call to his team. I had to find solace in my poetic love notes.

I couldn’t help catching the bug, though, from my grandpa. The old man was absolutely nuts about football. Dear old Grandpa was a sultry 60-ish then, still had his wits and energies around him. He would shed the cloak of age faster than Bolt would shatter the world record. Everything else stood still when a game came on – didn’t matter the media it came on. Radio was perfectly fine with him, too. 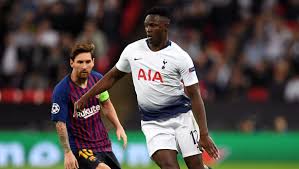 It’s important to remember, too, that 2002 was the year Grandpa spent a night locked up in a cold cell at the local Police Station. If I ever chance upon retired football star El Hadji Diouf, the Senegalese dribbling maestro, I’ll tell him that it’s his fault that my old man spent a night in police custody.

All for the love of soccer.

So, Grandpa calls me up and asks if I would like to watch a match with him. He didn’t own a TV set, and neither did anyone in the village. We would have to trek to the market center to watch it at The Hotel. It didn’t have a name, even. Everyone knew The Hotel. It boasted a 14’ Black and White Calcum TV in a wooden cage above the counter.

The CAF, as it was then called, was hosted in Mali, and Cameroon eventually took the trophy. But we weren’t there for no Cameroon. Grandpa was a Nigeria die hard fan. Indeed, he had weathered the entire tournament listening in on his little elastic-bound transistor radio, but for the Nigerian fixtures. He would grab one of his grand kids and treat him at The Hotel.

This year’s AFCON tournament in Egypt is expected to be an easy cruise for Nigeria in the Group Stages. Grandpa must be boiling with joy, on the inside. Not jump and down, hello, he’s in heaven. You supposed to be cool. I expect he shall be watching it live – through the clouds, no less – as his team trounces entire Group B featuring Madagascar, Guinea and Burundi. 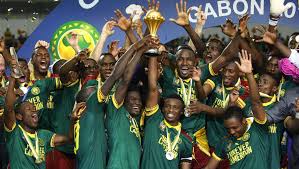 The Hotel is packed tight, and people not in the financial bracket to afford cups of tea had to line up against the wall. The wooden benches, that’s VIP. Keep to your lanes, gentlemen.

We get a seat somewhere on the VVIP, that’s the front bench. It has the who’s who in the village circles. The village Chaplain. The Sub-Chief. A guy studying something at The University of Nairobi – perhaps, I should pay him tribute as the ‘only’ guy in campus, then. That was huge.

Well, the game started. It was the Knock Out Stages, and Nigeria was facing Senegal in the Semis. I kept stealing glances at the tiny TV on the counter. Forgive me, but most of my attention had been taken by the glass display below the TV. It was chock full of neatly arranged Mandazi and round balls we fondly called Kaimati.

I had a gentleman’s arrangement with Grandpa. I get both delicacies at alternate times, all I had to do was point at the glass display when I finish one, and the good lady brings me another. It was an All-You-Can-Eat fiesta. A buffet of sorts.

As the game progressed, lots of things started to rise. Ok, besides my tummy, that is. General agitation, for instance, and the previously soft spoken Chaplain could be heard at halftime apologizing profusely to someone he had insulted. 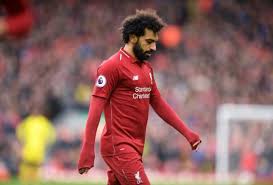 At half time, the teams had a barren draw. I noticed Grandpa getting restless and sitting on the edge of the bench. That didn’t look or feel good. Bad things happen when Grandpa lost his cool – he had a reputation. He had lots of player names rolling off the tip of his tongue.

“Kanu, what’s the hell with you today, man?”

I later learnt Jay Jay Okocha had been at the peak of his career.

I didn’t give much thought to a match happening hundreds of miles away. I had my own goals to score at the glass display.

At the half time mark, the teams had reached a stubborn 1:1 draw.

Grandpa stands up, fishes a fist of coins from his leather jacket pocket and hands them to the hotel lady, who’s left counting them. She ain’t sure my tally would be included in that fist of coins. I was winning by a large margin.

Fast forward to 2019. If I were treating my son to a Semi Final match in the coming AFCON football bonanza in Egypt, I would probably have swiped my Co-Op Visa Card. I would have won a trip for two to Egypt to watch the final match live, but I don’t know if I would have tagged along my son, Zack, though he could have won through his Jumbo Junior Account. Thank heavens for Visa. 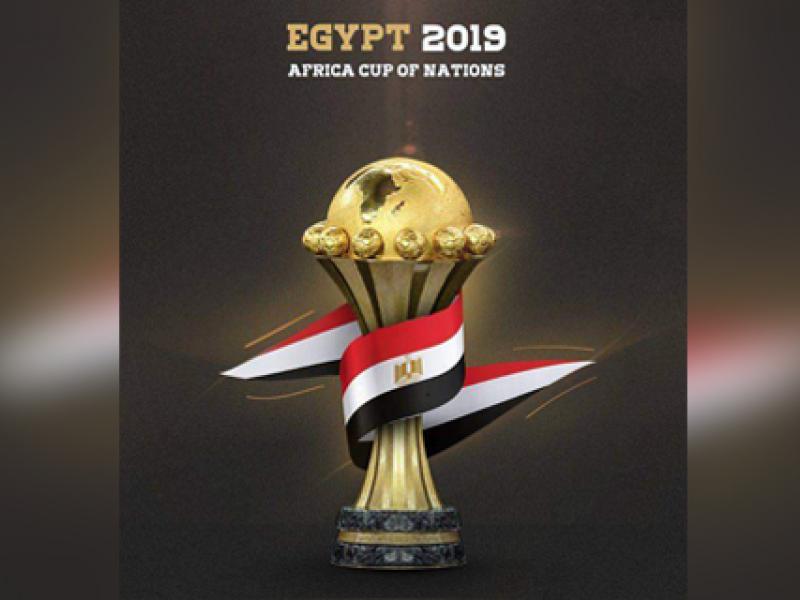 Man, I’d give anything to be there for our motherland, Kenya. In the group stages, we up against Senegal, Algeria and immediate neighbor, Tanzania, in Group C. I’d expect us to cruise to the Knock Out Stages, at the very least. The host country, Egypt, who has the highest tally of AFCON trophies since its inception, is up in Group A, against Uganda, Zimbabwe and DR Congo. Will Egypt up its trophy tally to 8?

But its 2002, still, and I have to watch my Grandpa – who has since left his VVIP spot on the front bench and stood on edge near the door.

The 103rd minute, Senegal’s Diouf scores the winning goal. Not that we would know, then, that that would be the winning goal, because a mug of tea had crashed on the tiny TV shattering the screen in a bright ball of fire.

Yes, that’s the day Grandpa came to spend the night in a cold police cell. He had thrown his mug in rage and crashed the only TV in the Market Centre.

El Hadji Diouf, you owe me.