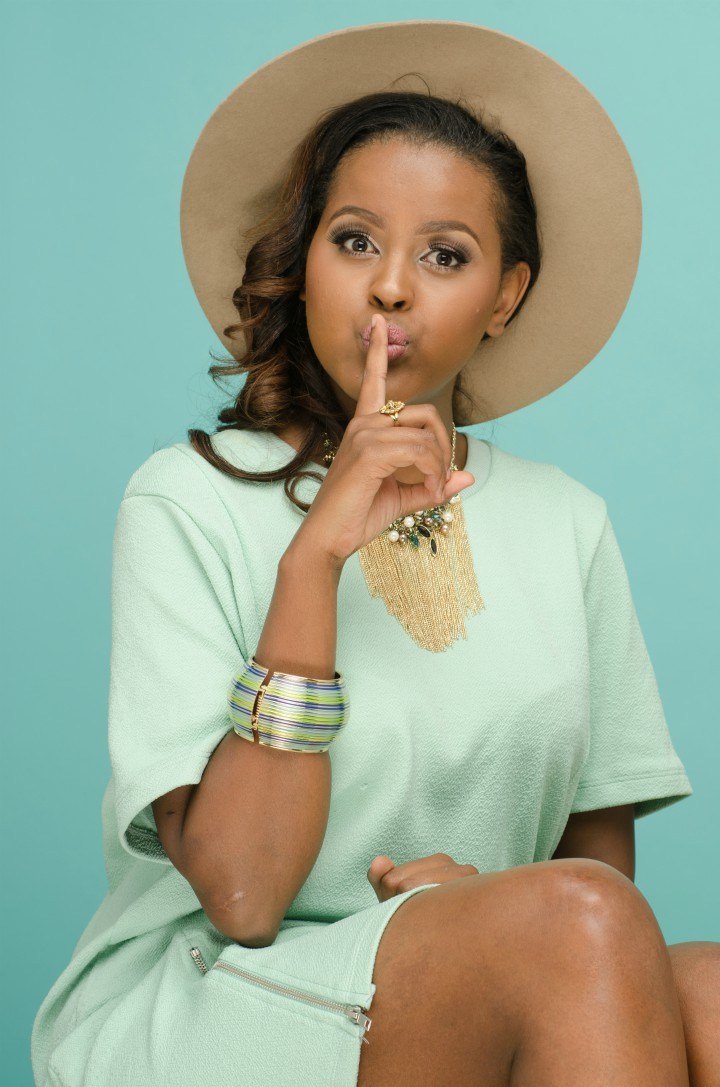 Amina Abdi Rabar has seen the media industry give her titles from an MC, to a social media influencer etc, however her desire was Politics.

In an exclusive Interview with KISS 100, the renowned media personality opens up about the hard life choices.

Apparently, she had her heart beat for a Political career, but fees was a challenge.

Soon after her high school, Amina´s parents could not afford college fees let alone see her study Politics in the University.

Amina therefore took up a receptionist job with a meager salary of Ksh 3,500.

One fateful day, on her way home, she gets wind of a radio presenter course advert though her heart was in Law.

The Homeboyz radio boss, Dj John´s wife then shared her thoughts with her boyfriend.

He convinced her to pursue media because of her talkative nature, rather than Law.

However, that was not the end of the baggage on Amina´s shoulder, she still could not raise the fees amount, Ksh 40,000.

The celebrated media personality was forced to take up more responsibilities at work to have more pay.

Fortunately, she saw her salary close to triple, at Ksh 10,000 which then allowed her to pay for her education.

Towards the conclusion of her University education, the best student would be awarded with an Internship at the media house.

So she takes up the challenge and secures an Internship for herself.

Recalling her past, Amina put in extra effort to avoid going back to her previous position as a receptionist.

If I would have worked hard in my KCSE and I could have gotten a sponsorship, I wouldn´t go here as a journalist.

However, she has always been and remains to be an inspiration to many for her media prowess.

This is if her taste of style and dressing is anything to go by too.

The popular TV girl is now a face and voice to reckon with because she might not have had a life full of bread and butter but she sure is a heroine!

Amina might not be be any of our CS´s but we sure appreciate her presence in the media industry!