With no more tea to serve now that he dumped Amber Ray….like Amira said Maembe ni ya msimu; Instagram celeb Jimal Roho Safi has redirected his energy and attention to wifey, Amira who he keeps showing off once in a while on his page.

So far I believe Jimal has posted her like twice – and luckily for this worked in his favor and guess what…he just dropped two new photos taken about 13 years ago after Amira welcomed his first child.

Judging from the caption, Jimal says his first child arrived at a time he was hustling as a tout, still young with so much to ambition to become somebody in the society; and look at where he is today.

The fact that these two have been together for over 15 years and counting – fans really feel dumb on behalf of Amber Ray, who for a minute thought the fella was to leave Amira for her. 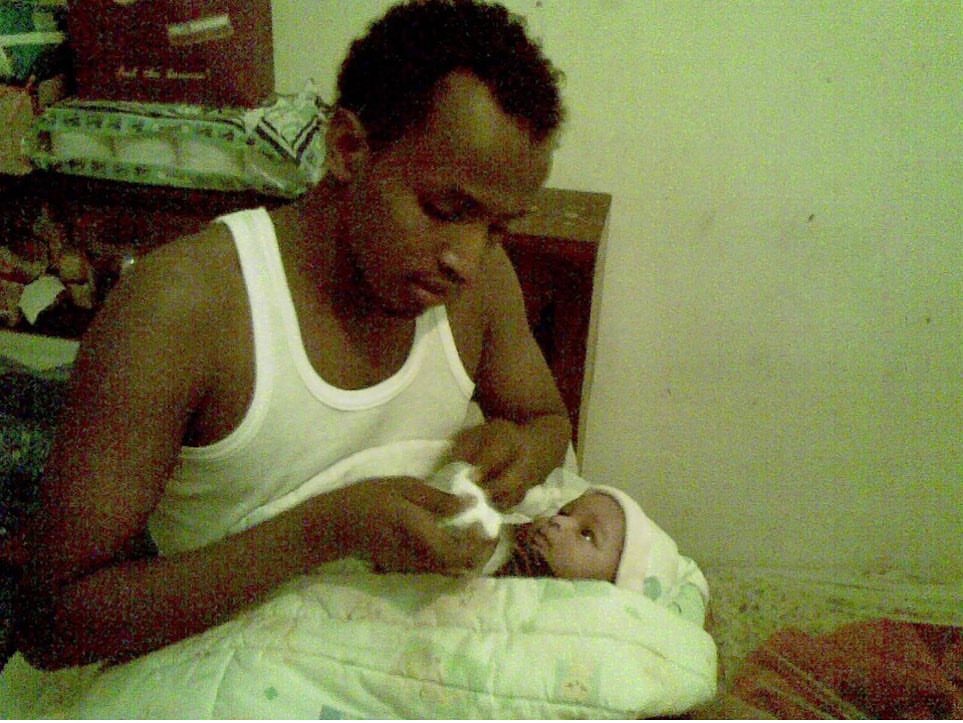 Jimal smitten by his firstborn, Shamir

But never say never, we all saw the damage she caused on his marriage – but again we can’t underestimate the powers she allegedly uses on her victims…i.e Zaheer who just like Jimal almost left his family for her.

Anyway, for those asking – No Amira isn’t planning on divorcing Jimal nor was she ever going to leave. So yea – they played us!