Too expensive to maintain! Jackline Mwende do away with her Kes 10 million prosthetic limbs 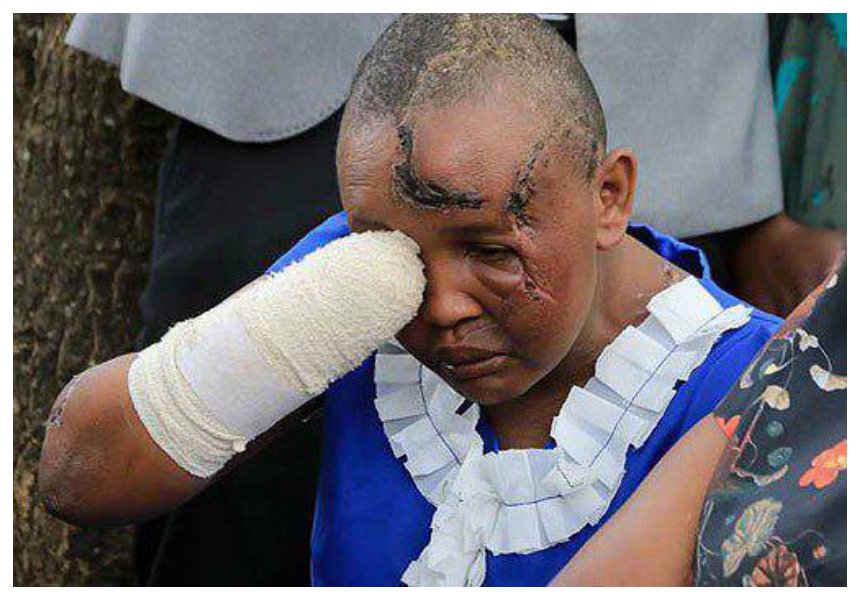 Jackline Mwende shot to limelight in July 2016 when it was reported that her husband Stephen Ngila Nthenge had chopped off her limbs because she was barren, she couldn’t give him a child after 7 years of marriage.

It later emerged that it was Stephen who was firing blank bullets. Jackline was forced to stray out of her marriage because she desperately wanted a child; she had an affair with a friend who is the father of her son.

Jackline’s husband chopped off her limbs after he got wind that his wife had cheated on him. The desperate wife traveled to Machakos town to meet her secret lover who knocked her up.

Jackline was fitted with a Kes 10 million prosthetic limbs in August 2016. She underwent the operation in Seoul, South Korea, sponsored by LG Electronics which paid her transport and medical expenses.

The prosthetic limbs however failed to work due to maintenance. Speaking during an interview with K24, Jackline revealed that she was forced to do away with the limps since she couldn’t afford the maintenance cost.

The limbs were supposed to be flown to South Korea for maintenance but she didn’t have the money. The limbs operate under suction technology and are powered by electronic motors that use batteries.

Watch the interview below: