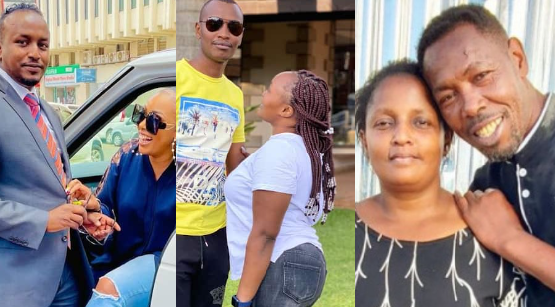 In most West African countries, polygamy is also recognised and regulated by the civil law that allows a man to marry up to four women under certain conditions, including the financial capacity to support multiple wives and families.

In Kenya, there are a few celebrities who have proved to us that they fancy polygamy.

Samidoh is arguably among the hottest male celebrities in Kenya. He has been dating hotties and rich women.

Akuku Danger is living up to his grandfather’s name. He’s proving that he’s interested in marrying several women.
He recently heart-broke his current girlfriend Sandra Dacha after introducing a new girlfriend. He currently has a wife and a kid, whom Dacha had no knowledge about while they were dating.

The flamboyant businessman divorced with his wife Amira after she learnt he was dating socialite Amber Ray behind her back. He was interested in marrying Amber Ray as a 2nd wife; but he kept the information surreptitious to his first wife.

Francis Atwoli is a rich man who is always on the look-out for hotties. He already has 3 wives. First Wife Jenifer Khainz, second wife Roselinda Simiyu and third Mary Kilobi.

Despite actor Omosh being financially unstable for months, especially during the COVID-19 pandemic, we came to learn he has 2 wives; Judy Wacuka, popularly known as Mrs Ngatia, and Shanty Mumbi. They already love his sense of humour. And they already have his kids.