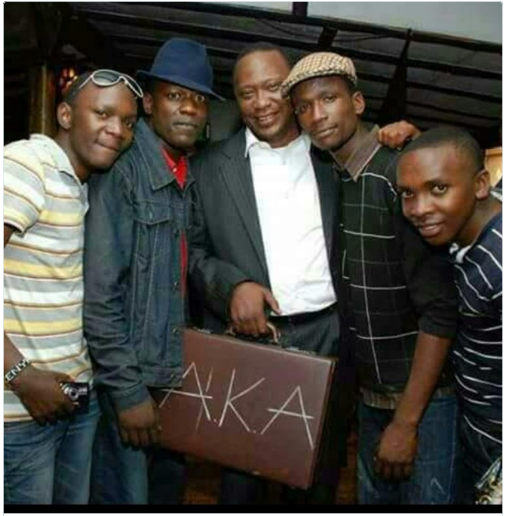 Not only Kenyans have been affected the untimely demise of Emmanuel Makori aka Ayeiya but also their president, Uhuru Kenyatta.

The president took time of his busy schedule to mourn the fallen comedian with a tweet remembering his trademark slogan and a word of encouragement to Churchill and his whole army of comedians who have been affected the most.

Also read: This is the last thing Ayeiya did before meeting his untimely death…it was with his wife

This is what he posted late yesterday, 18th April on 2017 on his twitter:

Ayeiya was involved in a grisly road accident near the junction of Catholic University of East Africa where he died on the spot.

His funeral service will be held at Nairobi Pentecostal Church (NPC) in Karen on Wednesday, April 19, allowing his friends and fans to bid him their last goodbye’s a few days before his body is moved to Nyansiongo, Nyamira County where he will be buried on April 21.