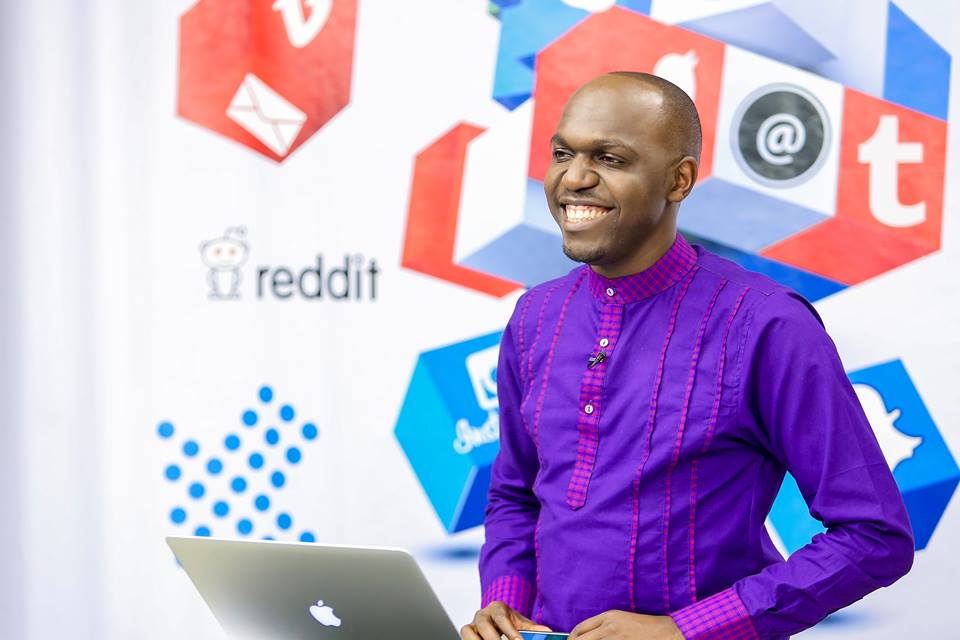 Respect! Larry Madowo has never been this angry, the Jang’o in him came out yesterday when a certain Eusebias Makunda tried his patience.

Quite so often Kenyans on Twitter (KOT) will piss off Larry Madowo and get away with it, but not yesterday April 24th 2017.

The NTV news anchor yesterday replaced his cool persona with something that is stereotypical of all Jang’os – rudeness and pride.

Larry took to Twitter to warn Kenyans about Safaricom’s nationwide outage on voice, data and M-PESA services that caused major disruptions on telecommunication.

A certain Eusebias Makunda taunted Larry saying that news stations hadn’t reported about the outage because they substituted everything with politics. 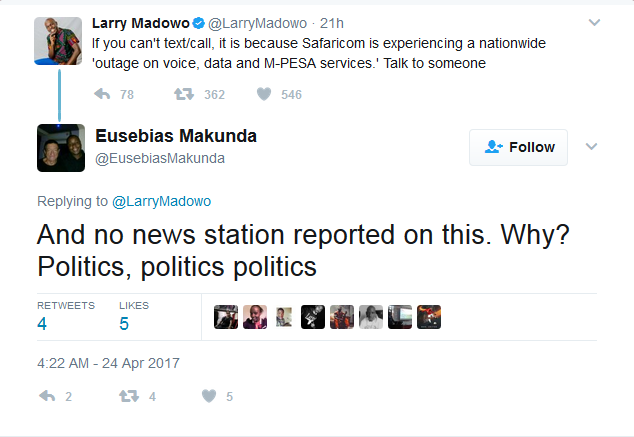 Larry lost his cool and replied to Makunda with a message that served him well according to his level of thinking. 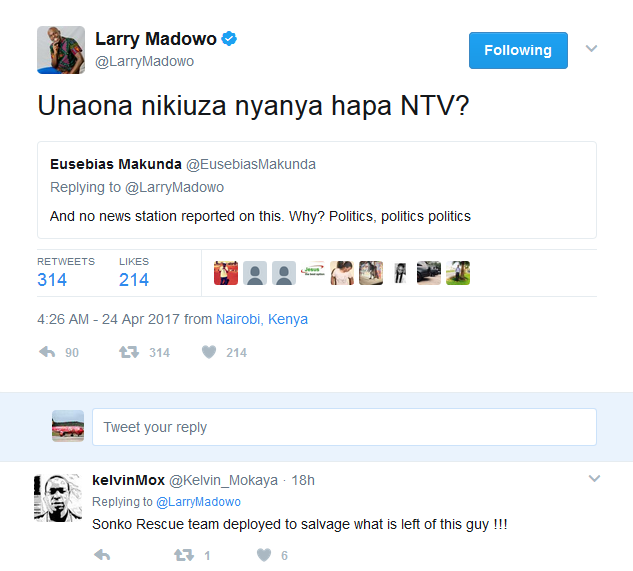 Madowo’s hilarious tweet sparked a chain reaction, Kenyans on Twitter bowed down to him with some asking where he had tossed his chills. 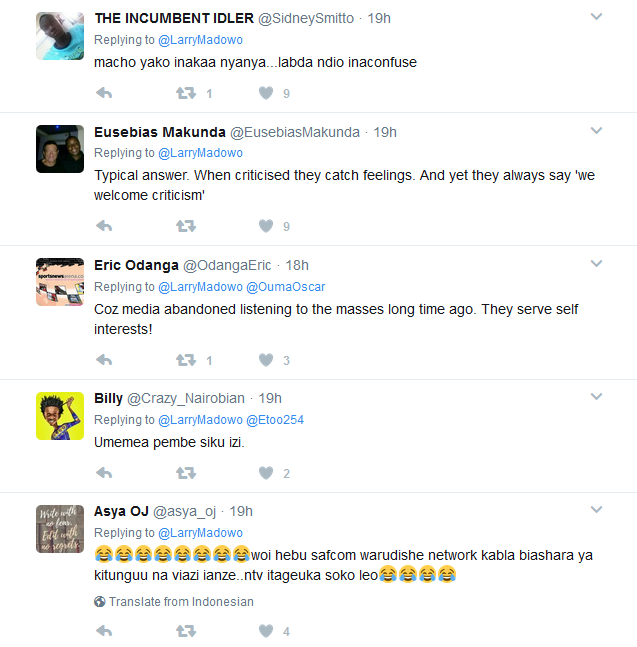 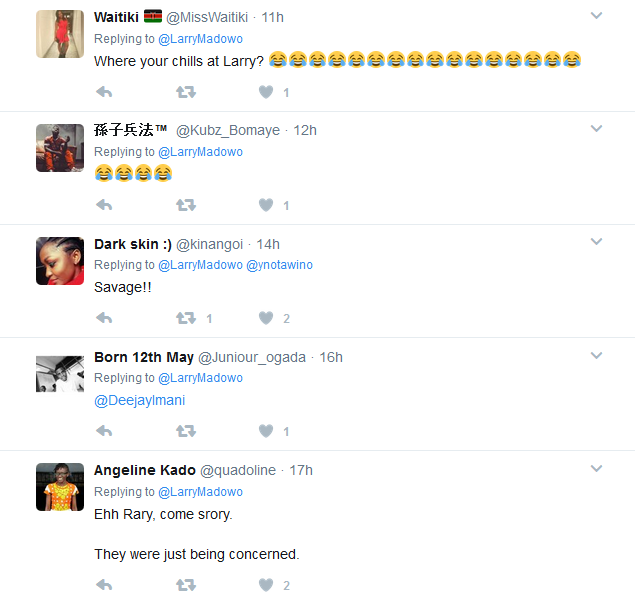 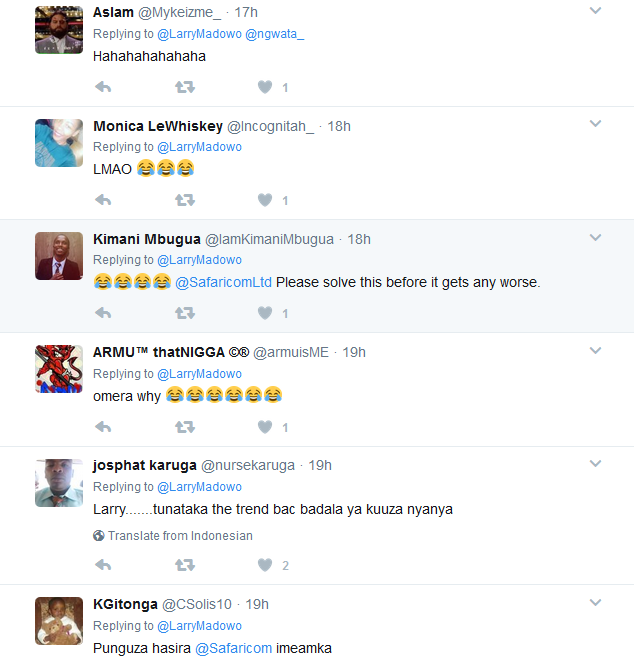