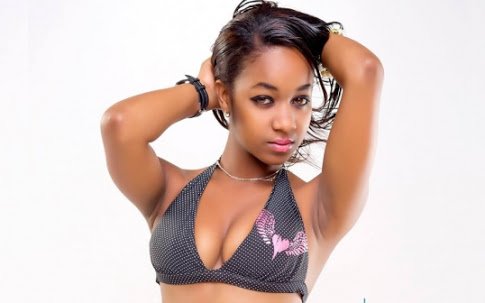 Vanessa Chettle has been thrust back into the netizens collective consciousness after a Twitter lad met her at a local keg bar and he told her story in a series of tweets (I think they are called a thread).

Basically, Vanessa Chettle who was at one point in the not so distant past, the most popular and thirsted after socialite and even made it to become a cast member on one of Kenya’s few reality TV shows worth a damn, Nairobi Diaries. And even while she was on it, she couldn’t seem to work in a cooperative manner with either her co-stars nor the production team. 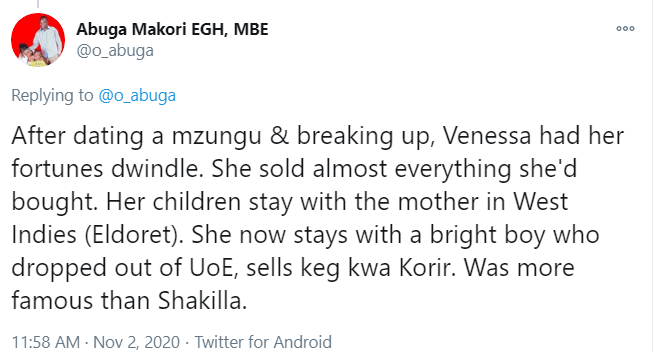 But before we go into all that, let us start from the beginning. Vanessa Chettle first appeared on the Kenyan entertainment scene when she was spotted partying at a now-defunct Westlands club called Changes. She would often be seen in the company of male celebrities such as Shaffie Weru, Joe Muchiri and DJ Creme. I have some friends who would cover all that jazz a lifetime ago. None want any part of this blogging world anymore so I will respectfully leave it at that.

She was then a victim of some trashy tabloid that claimed she had slept with the likes of Shaffie and Nick Mutuma. A story that was never verified and all parties came out to dispute vociferously. Vanessa Chettle then had her personal life upended as it was revealed she was dating or is it married to some octogenarian odiero in what could easily pass for the creepiest public relationship Kenya had ever witnessed. Anyway, that soon fell apart as so many things in this life do. And she went on to become a couch-surfer extraordinaire. 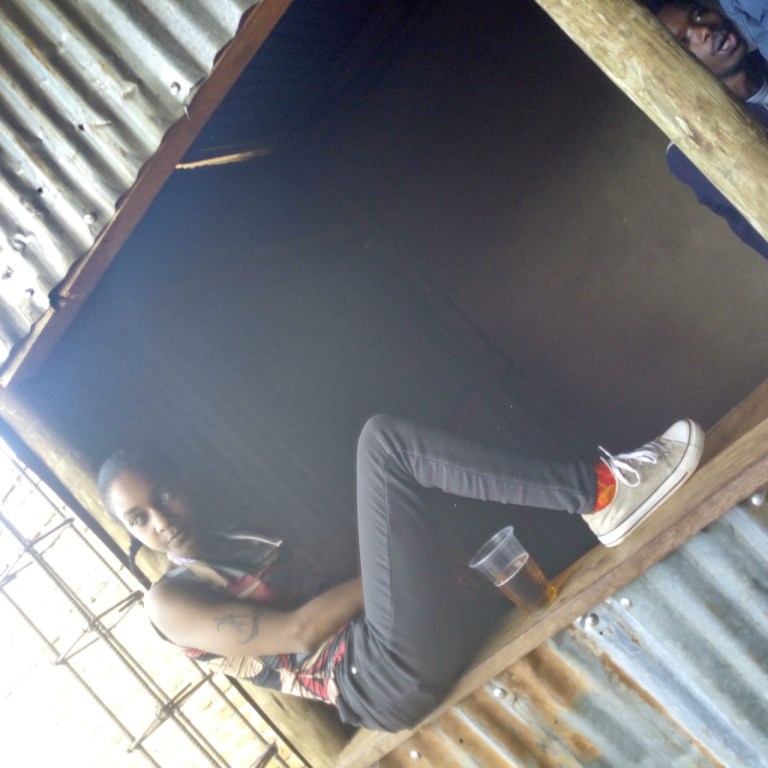 She was the type of lass who refused to listen to anyone who cared enough to warn her that she needed to slow her roll. Soon enough, she had a first daughter. That was right around the time the people who dealt with her got tired of having to put up with her diva tactics. They all just left her. She was caught up in fights on the Nairobi Diaries set and even they had to let her go. This arch of her life was similar to her former colleague Pendo’s. The two of them had been very keen on chasing the fast life. They would get themselves involved with men who they believed could afford them the type of life they wanted. They were glam girls and they wanted that glam life. Pendo somehow managed to do right the ship after a lot of troubles but she too isn’t unblemished as she is currently facing jail time should she fail to pay a hotel a debt she incurred while staying at their premises.

The two lasses have a story arch as I said that yet another, newer lass, Shakilla would do well to pay attention to and heed. You see, in their heydays, Vanessa Chettle and Pendo were the fuel of many a man’s steamy wet dream. They were the IT girls too. And they rode on a cloud of fame so strong and huge that at one point, had they made the right choices, they would have been among the first females to catapult themselves into the rarified stratosphere of A-listers. Instead, they chose to chase base pursuits that were fleeting. 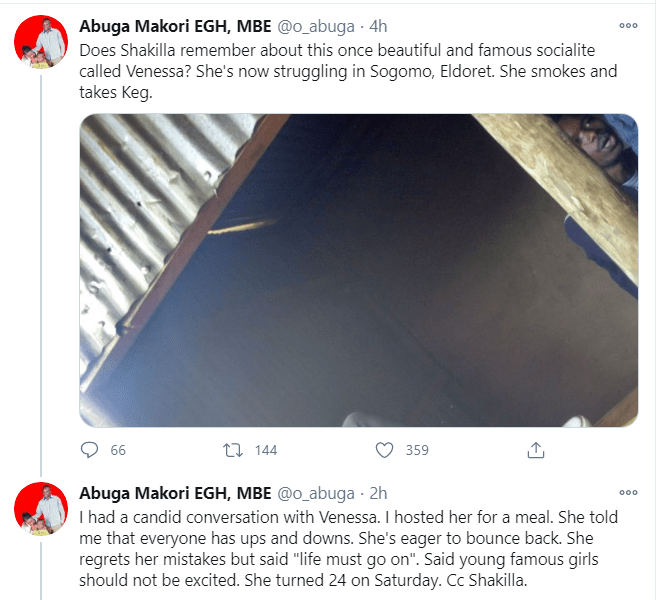 Vanessa Chettle seemed to have come to her senses shortly after she had her second child. She met with a man named Maina and they soon had a second child. But as these things go, she is now stuck upcountry having to do menial jobs at a bar inorder for her to earn a living. And that is a warning tale for anyone who cared to watch just how far the mighty have fallen. Whatever the case, every socialite should watch the Vanessa Chettle tale and learn that this life the trollops lead aren’t exactly peachy. There will be a price to pay even if it comes decades later. Life is about balance and accountability is the system by which it gets restored.

Vanessa Chettle is a story to tell your daughters and warn them off the trollop life.