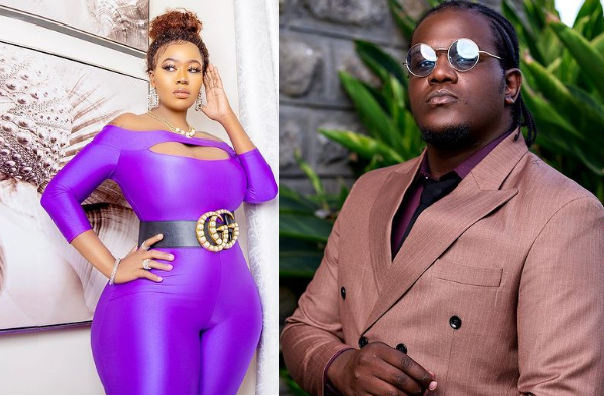 We have to admit the arrival of Vera Sidika’s daughter Asia Brown was a damascus moment for her as she has been focusing too much on her ever since she got her pregnancy. She’s not the Vera we were all used to. Nothing raunchy to see on her IG, neither do we see anything interesting to talk about from her IG. It’s all about her baby daughter & her heartthrob hubby Brown Mauzo. Don’t get me wrong, family is important. But, I mean, She’s all over them.

Anyway, Vera remains one of the bubbliest characters who wouldn’t take some things personally. And recently, rapper Breeder LW teased her in his latest collabo song dubbed Wanjapi 2. Part of his lyrics read ‘IG ilibore after Vera apate mimba’ (Instagram got boring after Vera became pregnant).

Read also; Nadia Mukami Explains How Being A Celebrity Has Affected Raising Of Her Child (Screenshot)

Upon listening to the song, Vera couldn’t remain oblivious and had to respond. The voluptuous socialite has now promised fans to fasten their seatbelts and be ready for her comeback. She shared via her Instagram stories and wrote; 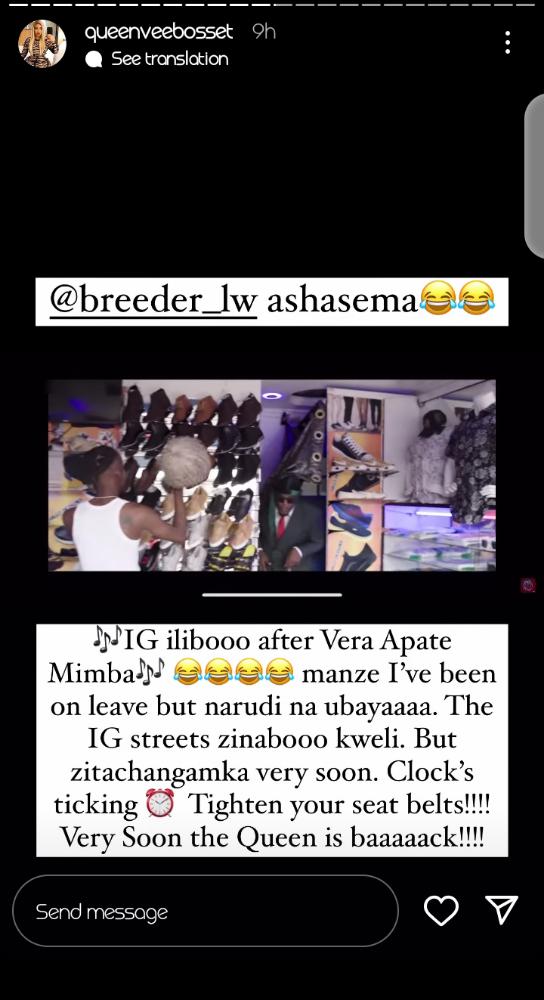 At 7 months, their daughter is all grown up. I bet Vera will be transitioning to the socialite we all knew. Listen to Breeder’s Lyrics on Vera below;