Videos: Fans scold critics who think Diamond Platinumz made Zari who she is, in revealing TBTs 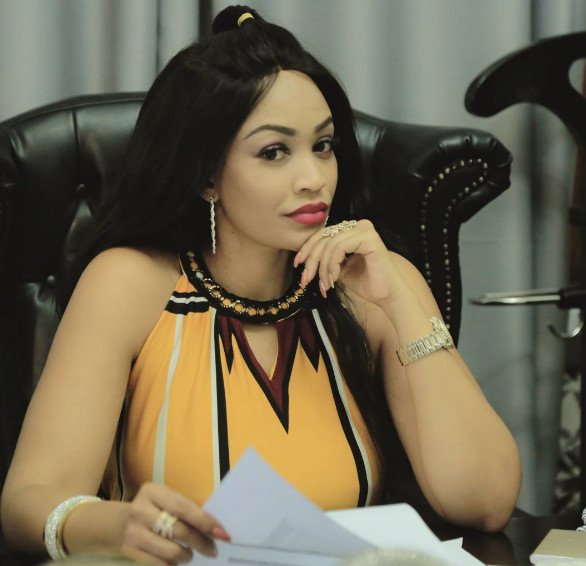 Thursday will historically be remembered for it´s TBT revelations that put many to shame and Zari is not left behind after exposing Diamond before fame, who was way rustier than her.

For this particular case, the dais is set with a comparison of the past and the present between Zari Hassan and ex-lover, Diamond Platinumz during their music hey days.

We get through a flashback of 8 years, that is 2011, with Diamond Platinumz´ ´Kamwambie´ jam video.

Uhm……when I see you people acting like you want Zari to bow down for this Domo… I just laugh …..

even now Domo is nothing more than …….. our ZARI THE BOSS LADY! PERIDOT! ZARI IS THE REAL DEAL…..NO HYPE! REAL BOSS LADY TO THE WORLD ….

…..it’s always good to appreciate how far you have come and those that have helped you along the

In yet another video, we see Zari´s son, same year where the boss lady was apparently doing way better than the then Diamond Platinumz.

The caption for this reads:

TBT……This music video was shot in 2011…… Zari was directing and shooting music videos almost 8yrs ago….Where was Domo then?

……when I hear people saying Zari is famous because of him …..am like where bitch? ZARINAH HASSAN KYUMA KYA MUDUTCH

……She has sustained her Brand and maintained consistency…..there is a lot to learn from this woman.

Leave alone those haters ……the same haters are following in her foot steps, patterning down her every move…. from music, to themed parties, to sleeping with her exes…

….to showing us their fake lives on social media

…eti I am too classy to sleep with a gym instructor

but you used to be prostitute in Dubai……

Further on, fans give us a glimpse into Zari Hassan´s mega white party done in Uganda back in 2011 when Diamond could hardly think of expensive shoots.

This is now captioned:

Throwback Thursday to 2011…..ZARI ALL WHITE PARTY….with the pioneer of themed parties in East Africa, founder and CEO @zarithebosslady

The last ZARI ALL WHITE PARTY was held in LONDON last year 2018……despite the flopped pyjama party masikini trying to derail it from happening….

ZARI should just throw one more this year in South Africa…..let THE ZEEHIVE descend on Pretoria so we can come full circle….. to rub it in you haters faces …..

Well, I´m sure the message trying to be driven home already has.

From Zari´s end, Diamond´s presence in her life is not what has made her who she is today.

She had already made a name for herself!