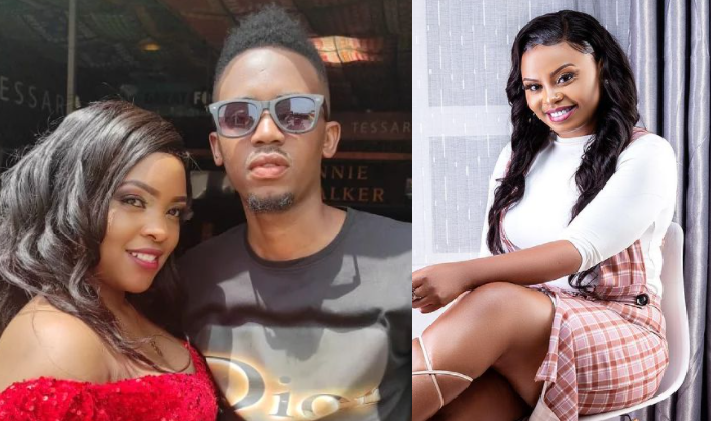 In support of Weezdom’s sentiments of Mylee Staicey being a cheap wh*re, his current girlfriend Carol, popularly known as Manzi Wa TRM has reiterated the same. A few hours ago, Mylee took to her Instagram to cry foul as she filed a lawsuit against Weezdom for his defarmatory words.

In her statement on Instgram, Mylee refuted the claims of sleeping around and went on to claim Weezdom is clout chasing;

‘I don’t understand why he decided to post such negativity about me,having in mind that i am a Public Figure and a Role model to many,all in the name of chasing clout🤦🏽‍♀️You are wise &&imagine you dont have to ride on my name to trend…”

She also connoted that she has already moved on and she’s happy;

”I have moved on with my life and to be honest am happy & at peace:)”

But despite this, numbers are not on her side. She has been exposed as a serial cheater by Carol, who claims it was the main reason he was dumped by Weezdom.

”Women should respect themselves…. Unaezaje date mtu and during that time, more than 3 close pals are able to describe the stretch marks on your as* and thighs claiming you are cheap and they slept with you ukiwa drunk… Uliachwa juuu ya tabia yako… That’s a fact!! Te;; the world the truth… damn.” 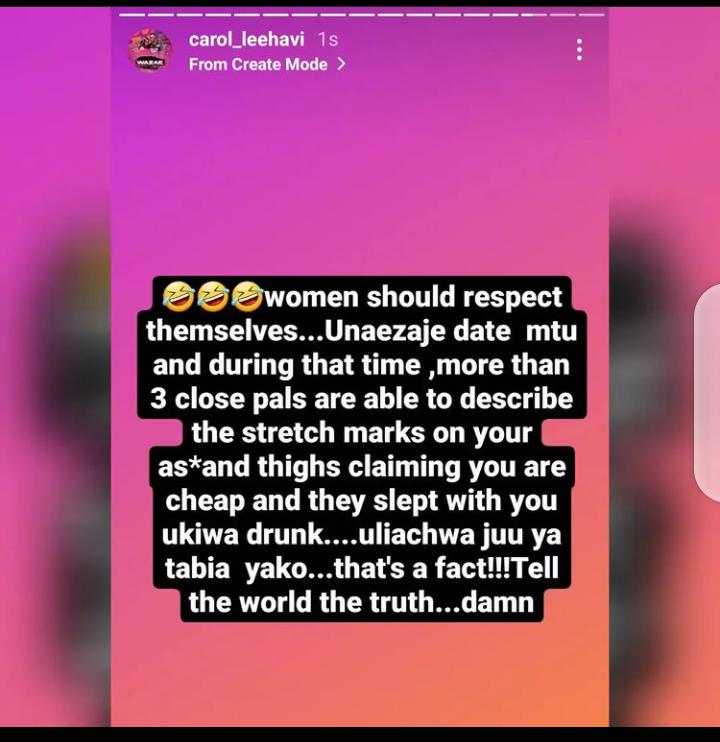 Despite both Carol and Weezdom  spewing all this information, Mylee has decided to take the issue to court.