Why KoT wants Babu Owino to shoot his wife next (Photos) 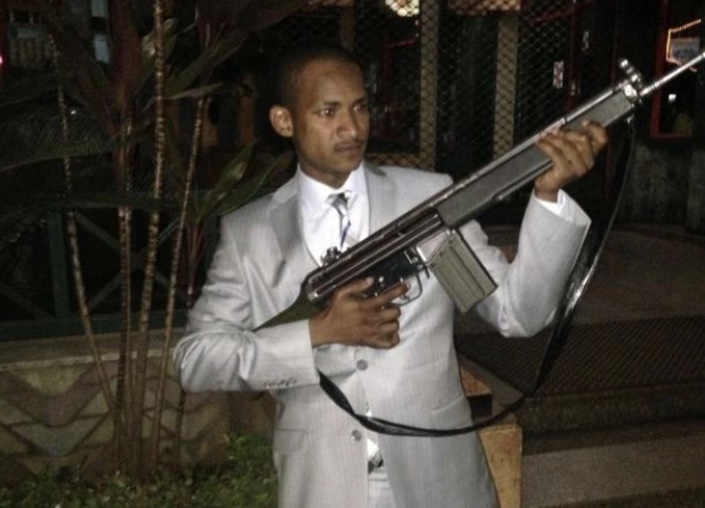 Embakasi East MP Babu Owino knows how to annoy Kenyans on Twitter; and if you doubt this, then his latest tweet will leave you convinced otherwise.

A few days ago KoT decided to join in hands as they demanded justice for DJ Evolve who was shot a few months ago by MP Babu Owino. Twitter users went on to push the hashtag #JusticeForDjEvolve which left Babu Owino trending.

But thanks to his ignorance and arrogant behavior, Babu did not seem bothered or moved by this. To prove how much of a don’t care he is, the MP recently went on to share a tweet begging Kenyans to make him trend since he misses being discussed. He went on to tweet; 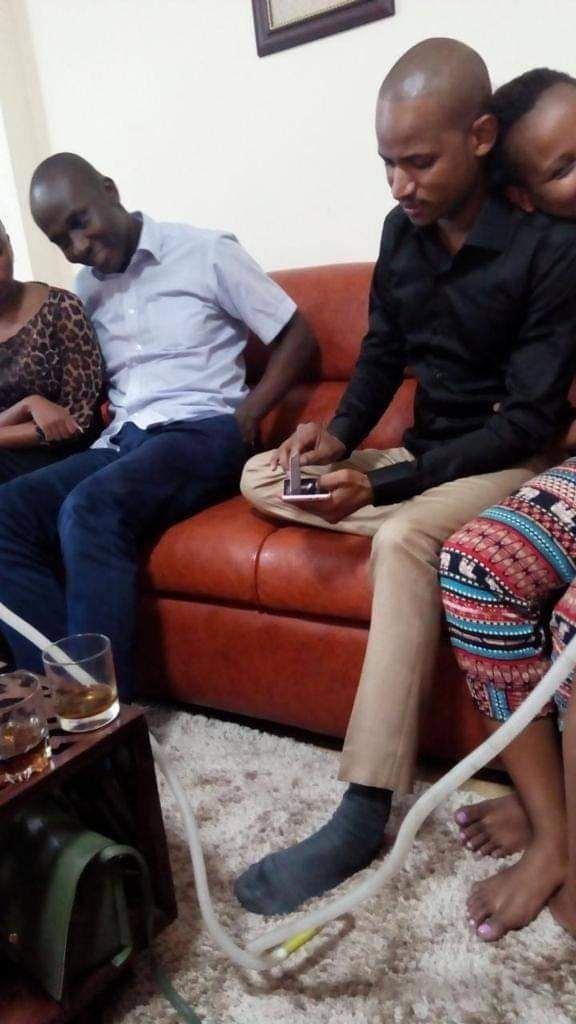 “I really miss trending, can someone make me trend even if it’s negative please”

Seeing what boredom was doing to Babu Owino; KoT on the other hand decided to join in his game as they responded to his tweet. 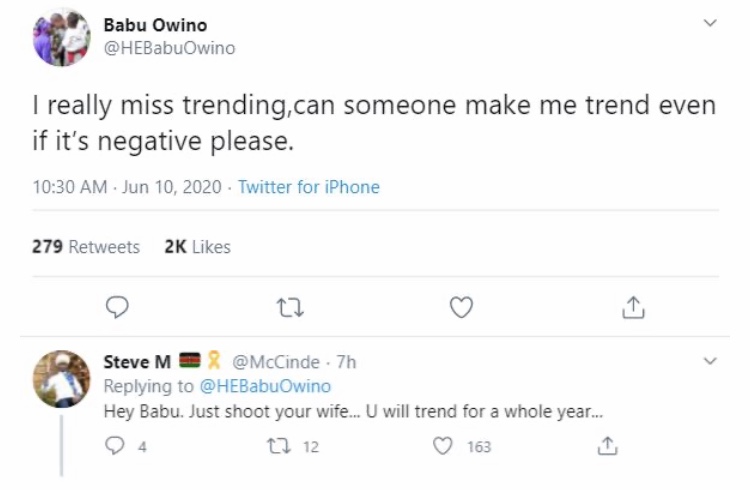 Clearly Babu had nothing else better to do than pick a fight with the same Kenyans who hate his guts. As seen on the screenshots shared below, some fans went on to suggest he shoots the likes of Raila or others; that is if he was so desperate to trend.

Others chose to drag his wife into the messy exchange as they advised Babu to take her down; promising to make him trend for weeks! 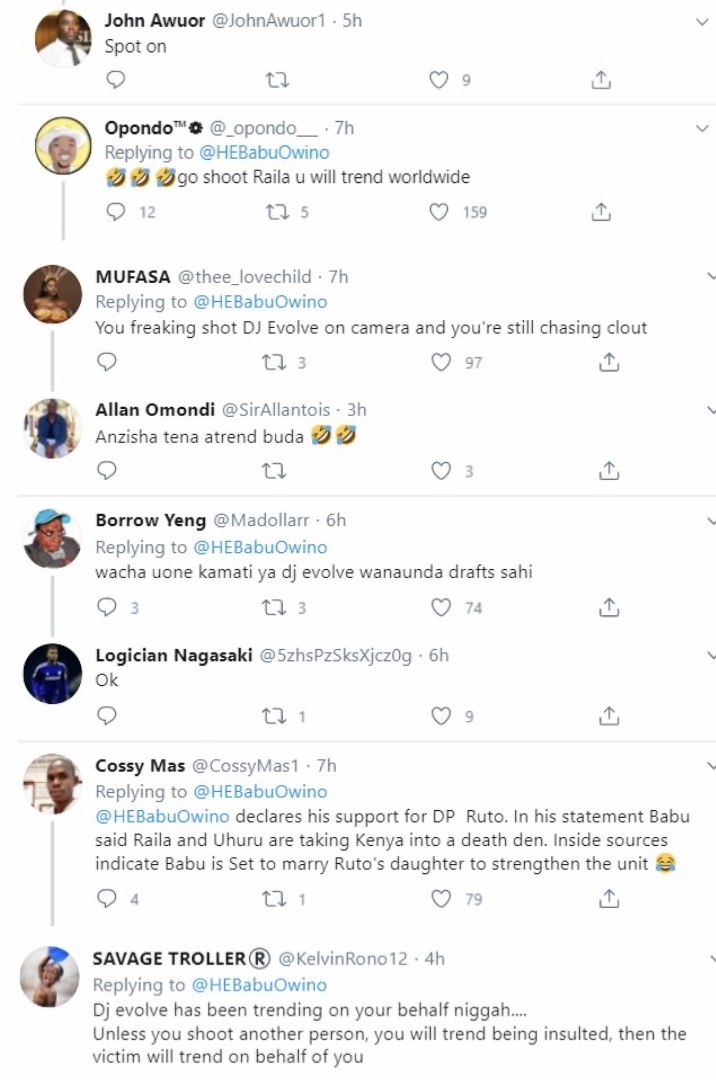 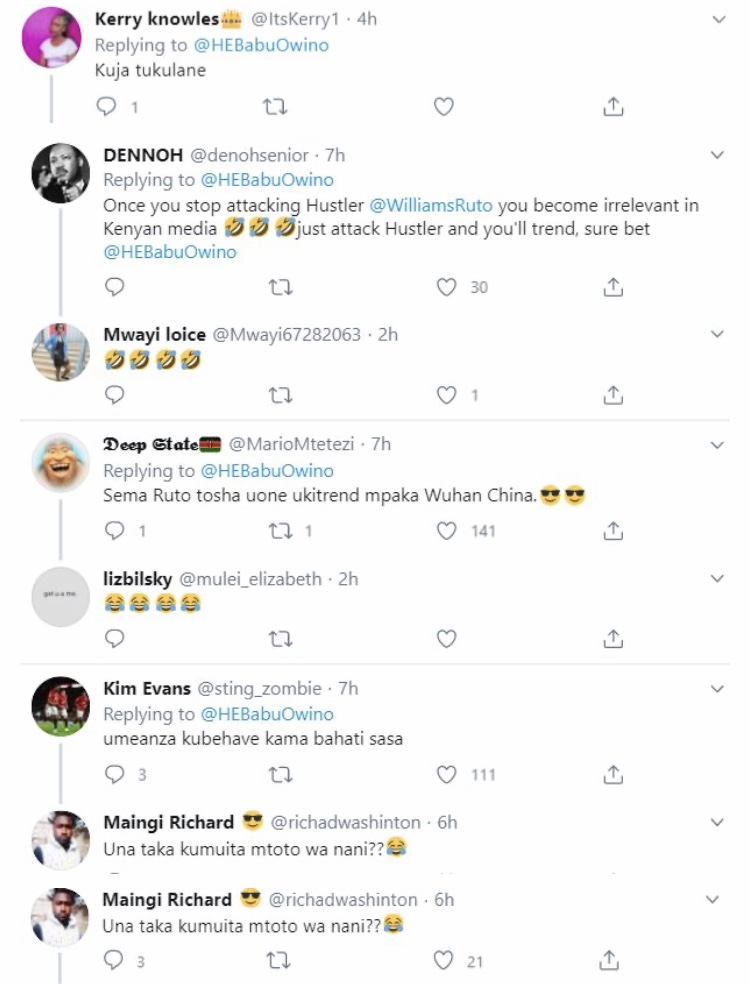 In January 2020, Babu Owino was caught on camera shooting DJ Evolve over an unknown disagreement that almost cost the young man his life.

He has since been in hospital and according to his dad; Babu Owino seems to have abandoned their son in hospital! The bill continues to pile up but Babu claims he already has it sorted out! 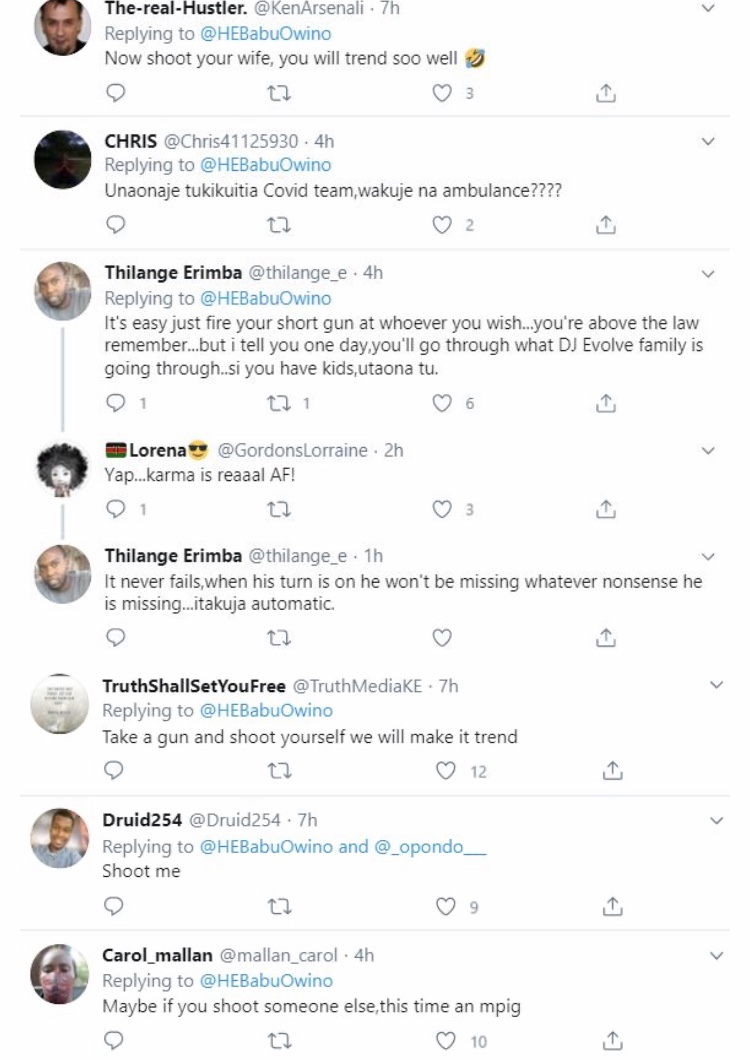