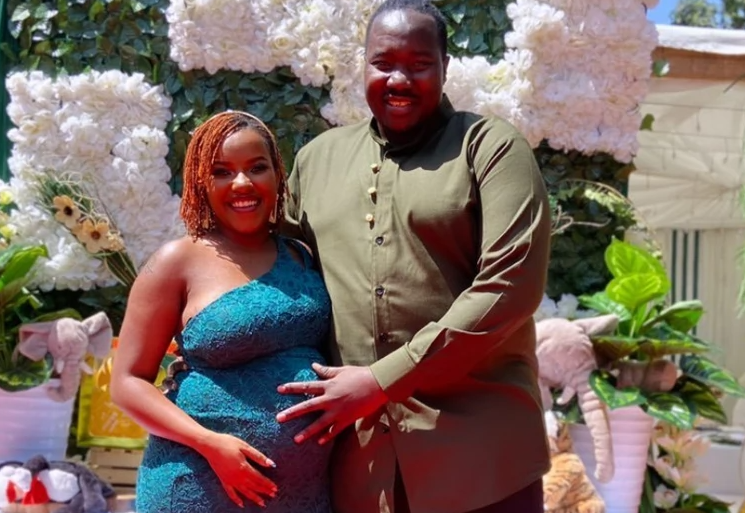 Media personality Willis Raburu and his long-term lover Ivy Namu are officially engaged after the presenter went down on his knees over the weekend at their son’s birthday to make his proposal. Willis made the proposal to his heavily pregnant girlfriend Namu, who will be giving birth to their 2nd born soon. The two sweethearts welcomed their first child (Mali) a year ago, shortly after Willis broke up with Marya Prude.

Raburu and his ex-wife Maryaprude went their separate ways just six months ago after they lost a child during birth the previous year.

They had both taken a break from work and social media proceeding to the States for a vacation.

Shortly after returning from the trip, the couple reportedly ended things on allegations of cheating forcing Marya to move out of their matrimonial home in Phenom Estate, Langata.

And it seemed like Raburu already had a replacement for Prude- since he wasn’t tardy in siring a kid with her.

Either way, Raburu has now confirmed that he will be wedding Namu soon.

The proposal was done unexpectedly since Namu was just expecting to celebrate son’s birthday. In attendance was Sauti Sol’s Nviiri the Storyteller and Bensoul, who gave them soothing music to match the occasion.

Watch how the proposal went down below;