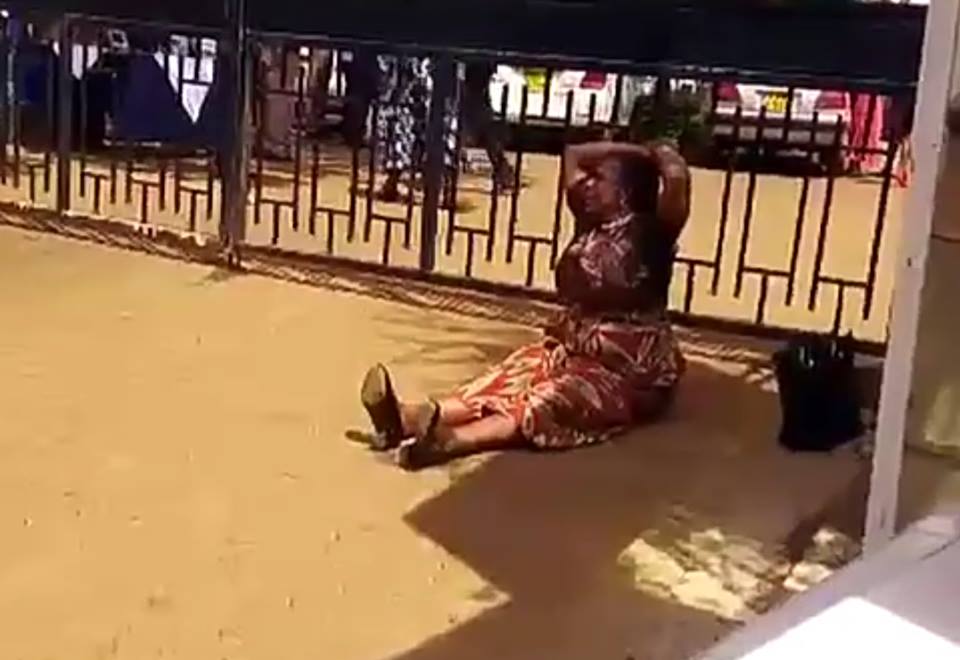 Taking a photo with President Uhuru Kenyatta in opposition stronghold can be costly – a woman lost her job because she was seen standing next to the head of state.

Video doing rounds on the internet has left Kenyans wondering how the country’s politics has turned out to be so ugly and dangerously divisive.

The video shows an inconsolable woman wailing in front of a gate, she was throwing herself on the ground while calling President Uhuru’s name.

Word in the street is that the wailing lady was right hand woman for Vihiga Governor Reverend Moses Akaranga. The governor allegedly fired her after she took a photo with President Uhuru during his recent tour of Western and Nyanza.

Apparently the woman was regarded as Jubilee mole for posing with the head of state. And this didn’t go down well with the governor (Vihiga is Nasa stronghold) who decided to throw her out of office after the incident with Uhuru.

Another version of the story was that the wailing woman had lost MCA seat because she took a photo with President Uhuru.