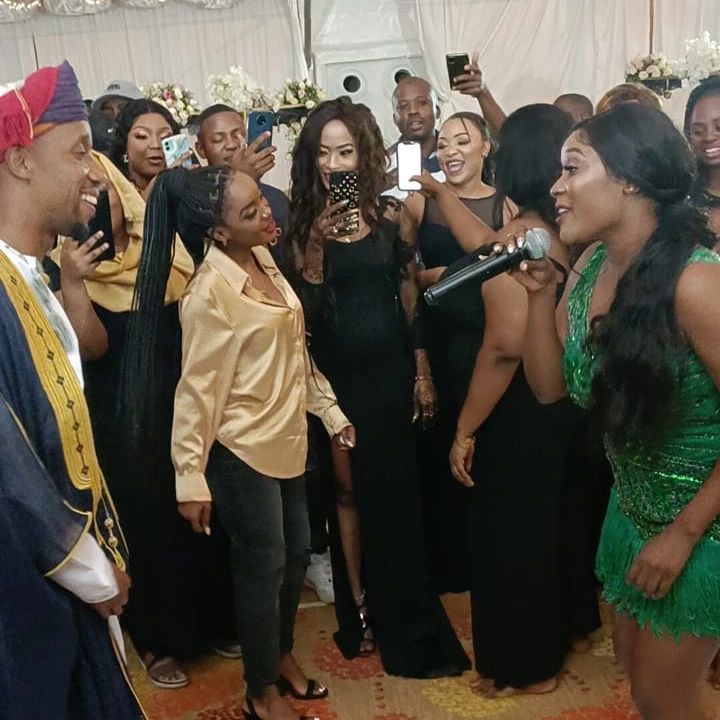 Singer Jovial has not been having it easy for the past few weeks. Well, she’s been dealing with an obsessive fan stalking her every move, and before this could even settle – she’s back to dealing with trolls from Netizens.

The said trolls were a result of a viral video of her performing for birthday boy, Rashid Abdalla, who appeared captivated by her vocals and dancing moves – before wifey, Lulu Hassan stepped in to dance with her man.

Unfortunately this stunt resulted to mixed feelings. There are fans who feel Lulu Hassan may have felt ‘jealous’ watching her man get entertained by another woman, while others feel that they were all having fun. Really nothing serious.

With the many insults and mean comments Jovial who had maintained her silence since the incident decided to respond.

From how she handled the situation proves that she’s yet to grow some thick skin to help ignore what netizens say. Anyway with a lot of emotions, she told off the haters urging them to fix their homes – cause clearly they all had insecurity issues with their husbands. 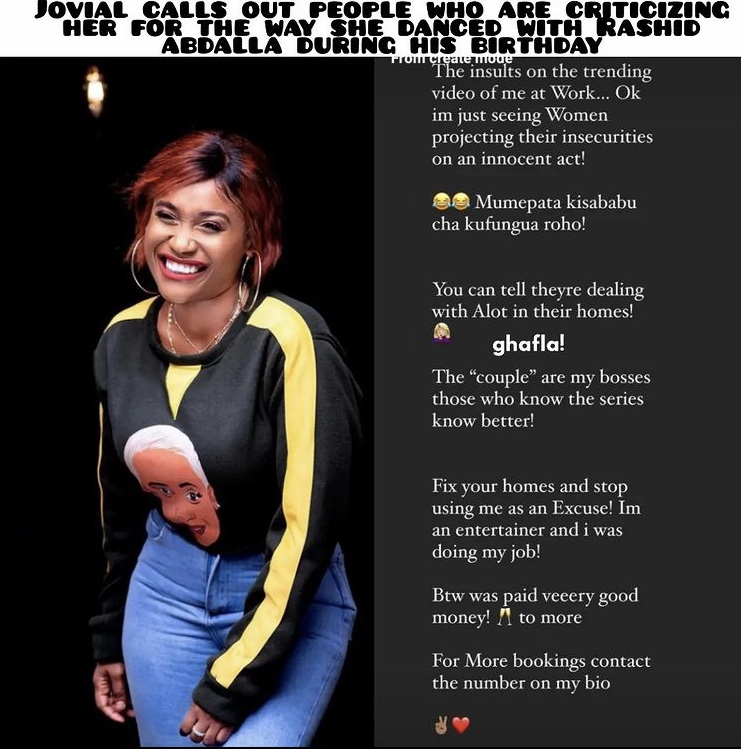 Jovial hits back at fans

Well, like I said Jovial took the insults to heart for no reason, that is judging from how Lulu Hassan neutralized the unnecessary tension with a post directed to the singer .

As seen on the post shared by the Swahili news anchor, she praised Jovial for her amazing talent adding that she’s destined for greatness.

I can’t thank you enough @jovial_ke …You are destined for greatness, apart from being your bosses we are your number one fans 💃💃💃💃…. Keep on flying our flag high ….We love you dadaa….Keep on keeping on….❤❤❤❤❤❤ Vocals💯 Performance💯 Presence 💯 For bookings follow @jovial_ke hautajutia 😍😍😍💯💯