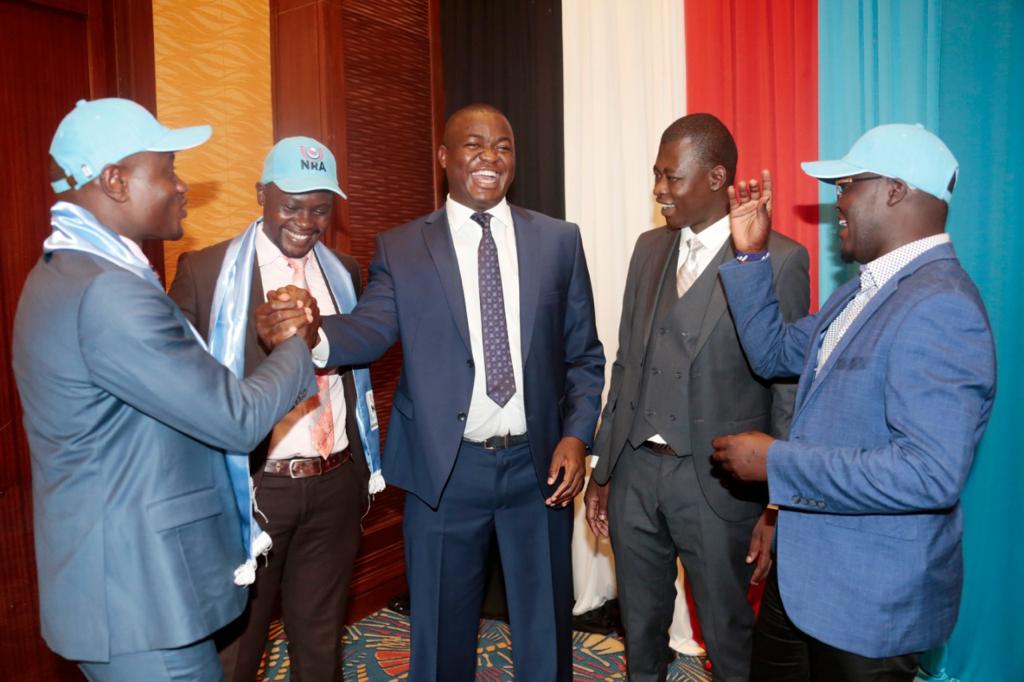 There is a common notion that young people are the leaders of tomorrow. However, a certain group of young turks have decided that they can’t wait any longer, they want to see change that they desire today.

They have united and on Thursday, February 11, they unveiled a party dubbed the National Reconstruction Alliance (NRA) in a colorful ceremony which was held at Serena Hotel.

According to sources, the ceremony saw the attendance of many people, including party leaders such as Amemba Magufuli, Riziki Dunstan, Fredrick Ojiambo and a host of other youthful political leaders who are on the verge of shaping the country’s political sphere.

The youthful was launched in early 2021 but the official unveiling was done on the aforementioned date.

Information reaching Ghafla indicates that the party was also handed its registration certificate during the unveiling ceremony in a move that inspired many young politicians looking forward to changing the county’s political narrative.

Speaking during the unveiling of NRA Party, one of the founders Dunstan Riziki confirmed it has not been an easy journey but the party is hopeful many youths with jump on board.

“We have 41 offices across the country, we hope to double the number by end of the year. I think the major struggle is recruitment of members. There is a lot of mistrust fear and dishonesty amongst our Kenyan people, we are a country of very few honest people,” he stated.

The unveiling of the NRA party came barely a fortnight after then party officials confirmed it was a registered political party, with youths being the highest priority.

NRA, whose Party headquarters is in Ngong-Matasia boasts of tens of fully functional offices in 41 counties which were approved by the Registrar of Political Parties Mrs Anne Nderitu.

According to official documents seen by Ghafla, NRA has over 500, 000 registered members across the country, with many being the youth.

On what Next for NRA, Riziki a lawyer by profession said the party is prepared and that they have all systems ready for massive National recruitment exercise.