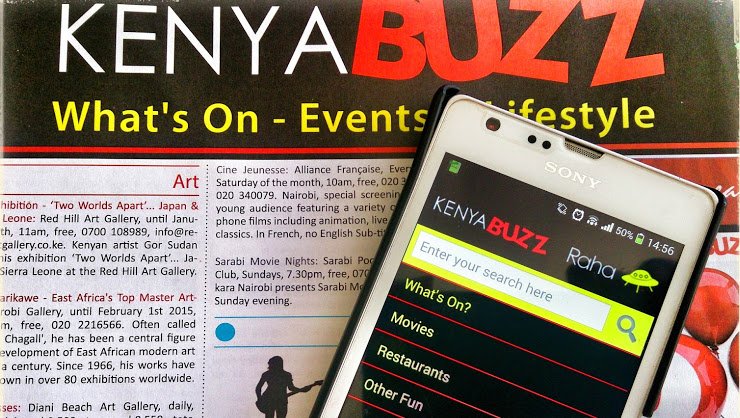 KenyaBuzz today was acquired by Nation Media Group. In an announcement event at  Caramel Lounge, they stated that they had bought 51% of the events listing website.  However, they opted not to state the amount that they spent on the acquisition. Nation  is a public company, so they must have withheld this information because it was too  small to affect the company’s yearly books in a big way. For expenditures of KShs 100m  or more, they would have certainly been obliged to state the figures. Therefore it was  up to connected, enquiring minds to find out what the price was for this deal was. I  took up the task, and after a bit of searching, reliable sources informed me that the  price for NMG’s stake was 2 million Kenyan Shillings.

The first reaction of many will be astonishement that after almost 10 years of  operation, and a pretty well known brand, that KenyaBuzz would sell at a price that is  even less than the KShs 5m starting capital they received from the Tandaa Grant a few  years back. However, as someone who has been through this very same process, I can  relate in a way. There comes a time when entrepreneurs just get tired of plugging away  at their startups. Either:

1. the routine gets boring
2. the business is loss making
3. it’s not making enough profit
4. it’s actually making a profit, but the effort that goes into making the money is  too much. You feel like you can make money more efficiently elsewhere

Some of these factors were the driving force behind me seeking to sell of Ghafla last  year. It is highly likely that one of these factors was the driving force behind  this lopsided KenyaBuzz deal. I know this because tiredness or losses is what makes  entrepreneurs sell their babies for throwaway price. If my experience is anything to  go by, KenyaBuzz is now in for a rough ride. In their desperation, they likely agreed  to some even more egregious terms concerning the running of the business, and it will  be an extremely tough initial period of integration. Big corporates are entirely  different beasts from startups. The politics and bureaucracy of corporates can be  draining for an entrepreneur who is used to quick, autocratic decision making.

Anyway, the deal is done for KenyaBuzz, and all the best to them. But now that I see  the mergers and acquisitions space heating up in Kenya, I feel like I should somehow  find a way to share the lessons I learnt from my experience with other entrepreneurs,  so that we avoid all making the same mistakes. Still thinking of how to deliver the  message, but when I settle on a way, I will let you guys know.

In regards to this  particular case, my advice to others in this situation is that if you’re tired of  running your business, try first and foremost to get someone else to run it. And if  the business is making money, consider just coasting as you make your dividends a last  resort. Strip the costs down till the profit margins are respectable and take home the  profits till the well runs dry, or till you recover your passion for the business.  Selling off at throwaway price should be left to unprofitable companies.