Dream of Living in a Gated Community? Mozzartbet is back with Wow Ni Hao Promotion! 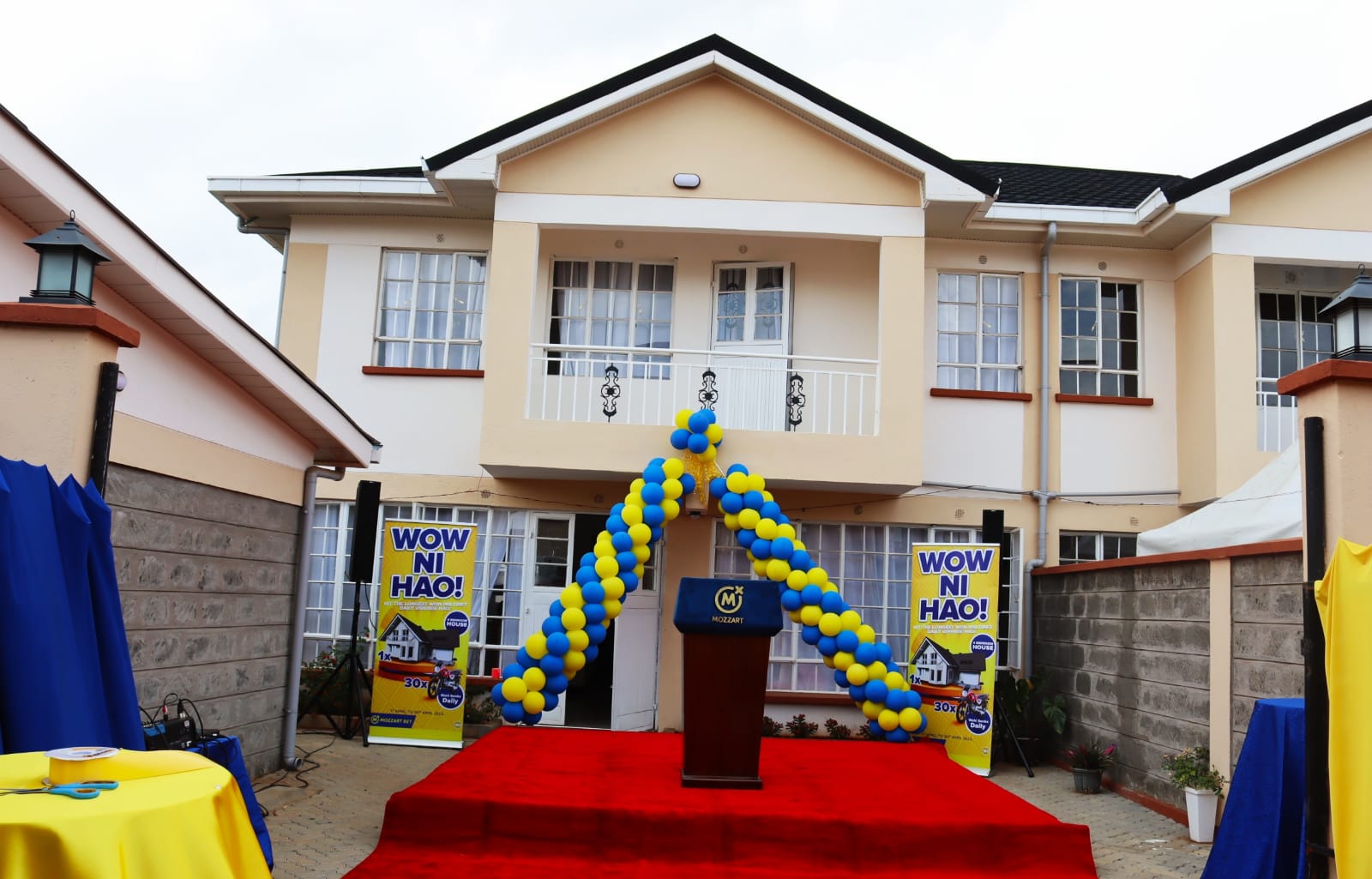 Just weeks after wrapping up the biggest promotion ever witnessed on Kenyan territory (Omoka na Moti + Hao) leading betting firm Mozzartbet has yet again come up with another hugely rewarding promotion to its loyal customers.

Dubbed WOW NI HAO, the company will be rewarding one motorcycle in every day of April to one lucky punter who strings together the longest winning multi-bet of the day. 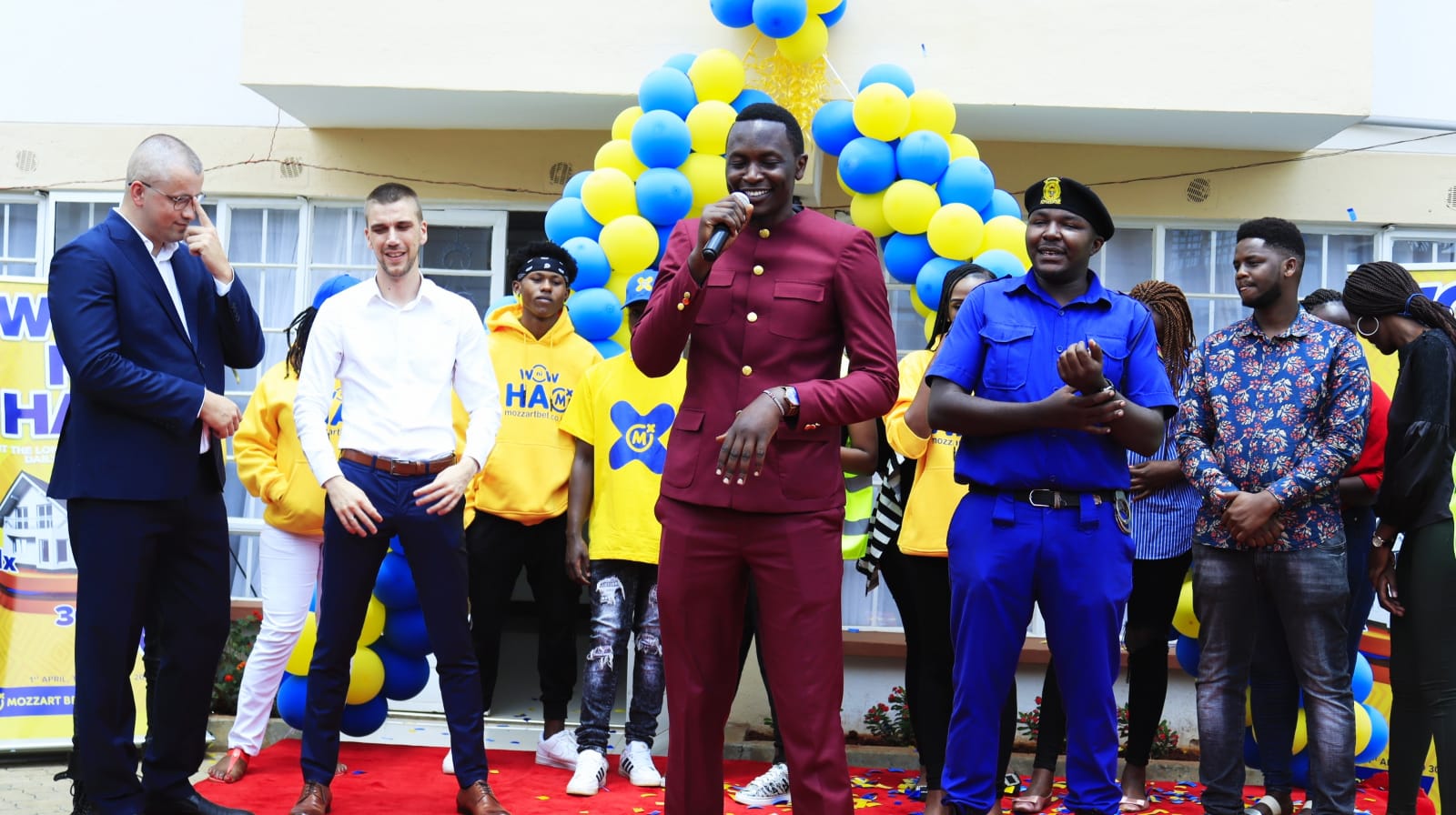 This will however, only be a precursor to the grand prize that awaits the overall winner of the promotion.

The WOW NI HAO Promo will culminate with awarding of a four-bedroom house to one lucky winner who will have put together the longest winning multi-bet in April.

Unlike the previous promotion in which the overall winner won an apartment in Kileleshwa, the WOW NI HAO overall winner will have his own gated home in the fast growing Nairobi suburban estate of Kamakis. 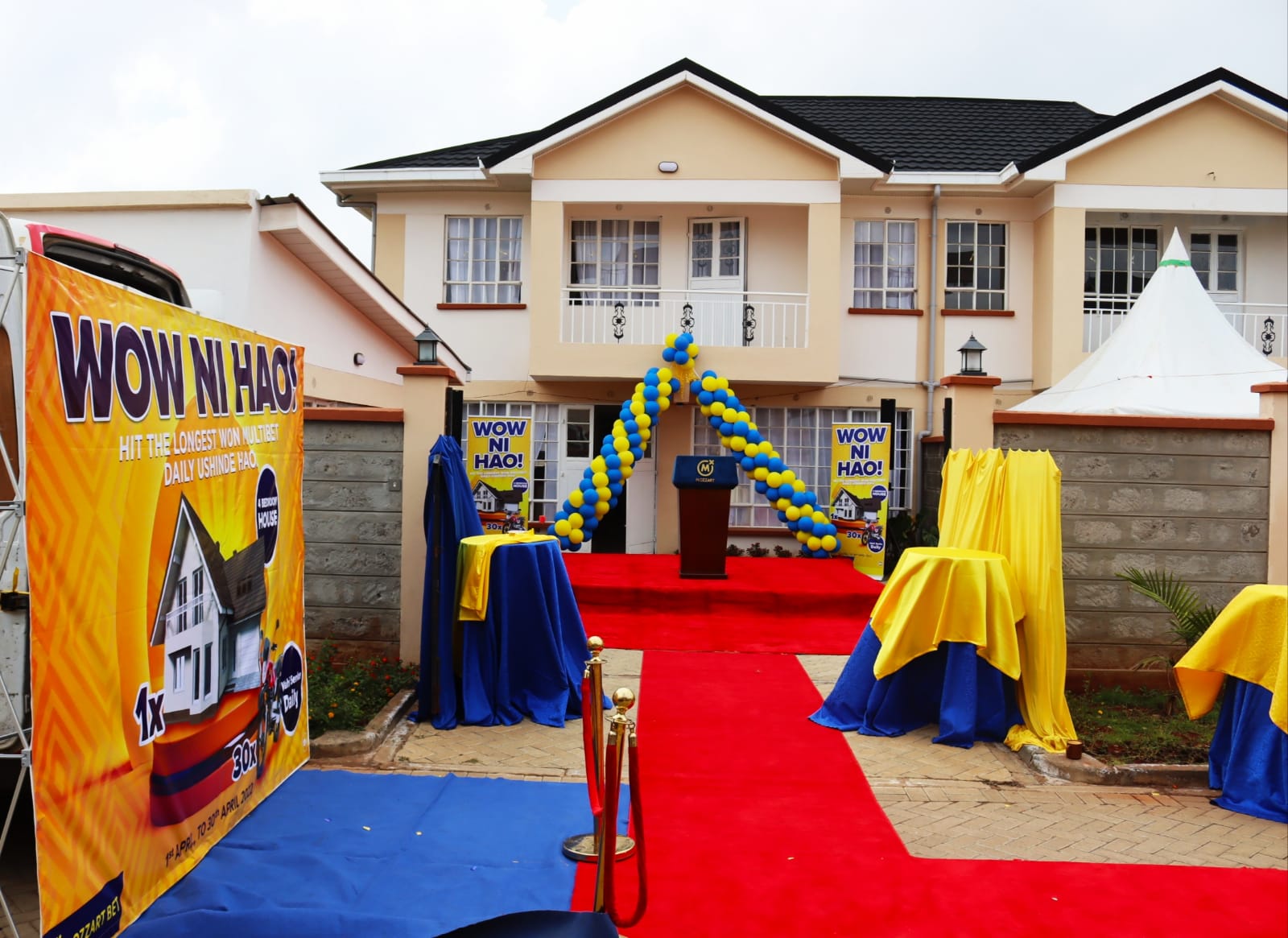 Mozzartbet Marketing Manager Frank Ochieng’ urged punters to bet responsibly even as they angle for the goodies given out in addition to their normal winnings.

“The competition is fully sanctioned by BCLB and as you know it is our norm to operate within the guidelines laid out by the regulator. We put much emphasis in reminding our customers to always bet responsibly. The competition Is only for person aged eighteen and above,” said Ochieng

Unlike the past two promotions in which the company placed a minimum stake at fifty shillings, Mozzartbet customers who stake a minimum of ten shillings are eligible for this promotion.

The Country Manager Mozzartbet, Sasa Krneta hailed the company’s consistency in rolling out richly rewarding promotions to its customers.

The company has in the past six months run Urban Cruiser Promotion, Omoka na Moti + Hao the latest being WOW Ni HAO.

“We are happy to give our customers yet another promotion which will greatly change lives. Motorcycles are a treasured source of livelihood in Kenya and elsewhere in the world so if we can give out thirty to different individual then we are quite sure that we have put thirty more people to work,” said Krneta

The promotion promptly starts on Friday 1st April 2022 with the company giving out motorcycles daily. It will culminate at the end of the month with the official handover of the four-bedroom house in Kamakis. 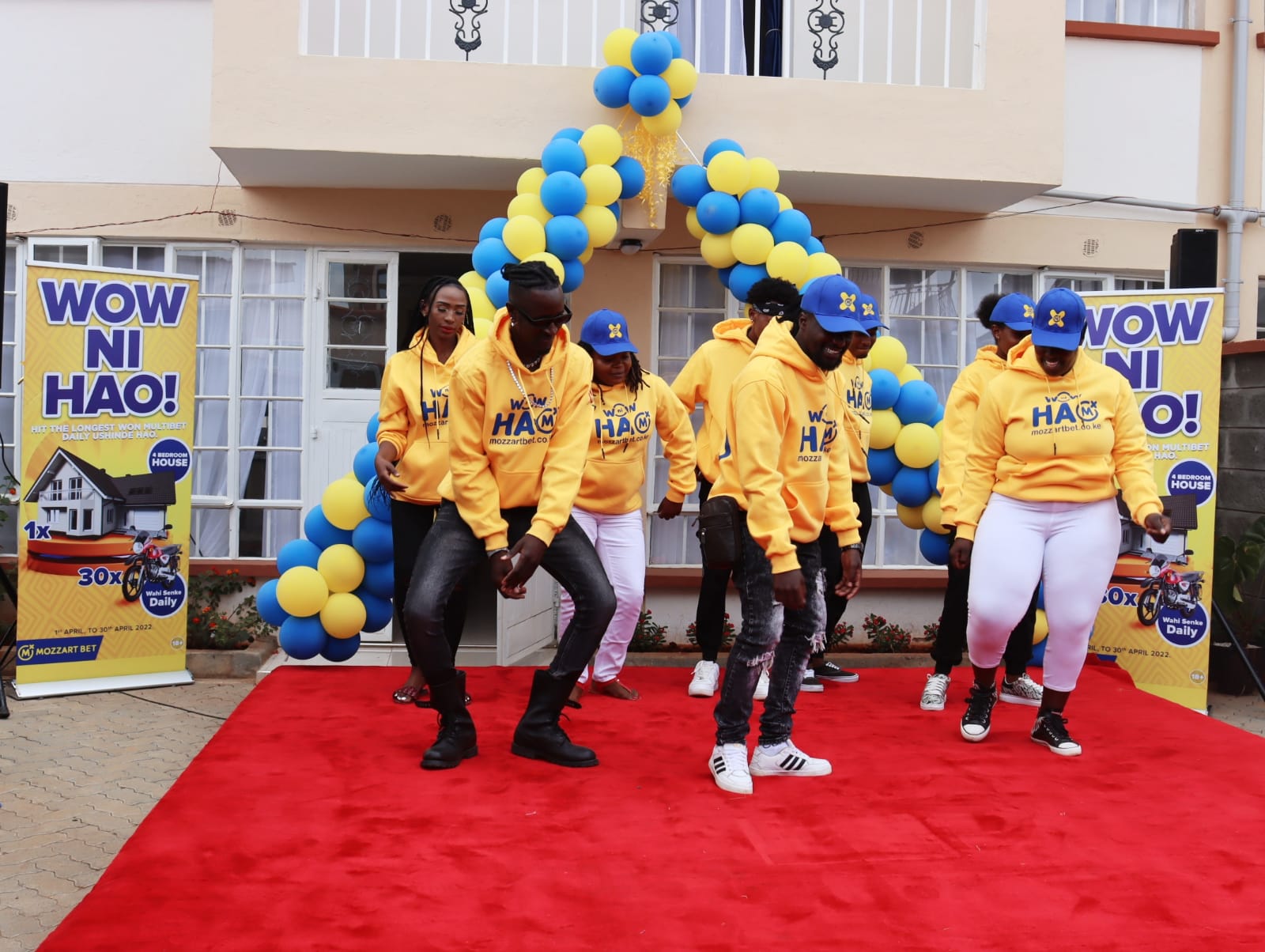 Mozzart Bet will be rewarding one of its customers with a Brand New House during the month of April 2022.

From 1st to 30th April, Motorbikes will also be won every day of April by Daily Winners.

Only winning multi-bets from the category “Betting” are included in the promotion with a minimum of 4 matches, minimum odd of 1.35 or higher

The minimum stake on your Multi-bet must be Ksh 10.

DAILY PRIZE: The winner of the daily prize is one participant who will have the longest winning multi-bet for that day of April, during the promotion “Hit the Longest Winning Multi-bet”.

For daily prizes, all participating bet slips must be from that promotional day.

The beginning of the last sports event that is on the bet slip must be no later than 11:59 PM on the day when the bet slip was played. Bet slips that have matches from several promotional days are not included in the promotion.

In the event that the kick-off of a sporting event is postponed, or for any other reason delayed, bet slip still participates in the promotion, but for that postponed/delayed match calculated odd will be 1.00 so that match will not be taken into consideration for promotion.

(If you have a postponed match on the bet slip on any competition day of the promotion, odd 1 will be calculated for that match for the promotion if the match has not been played by 23:59 that day, but for the payout the main Terms and Conditions for bookmaking operations will apply.) 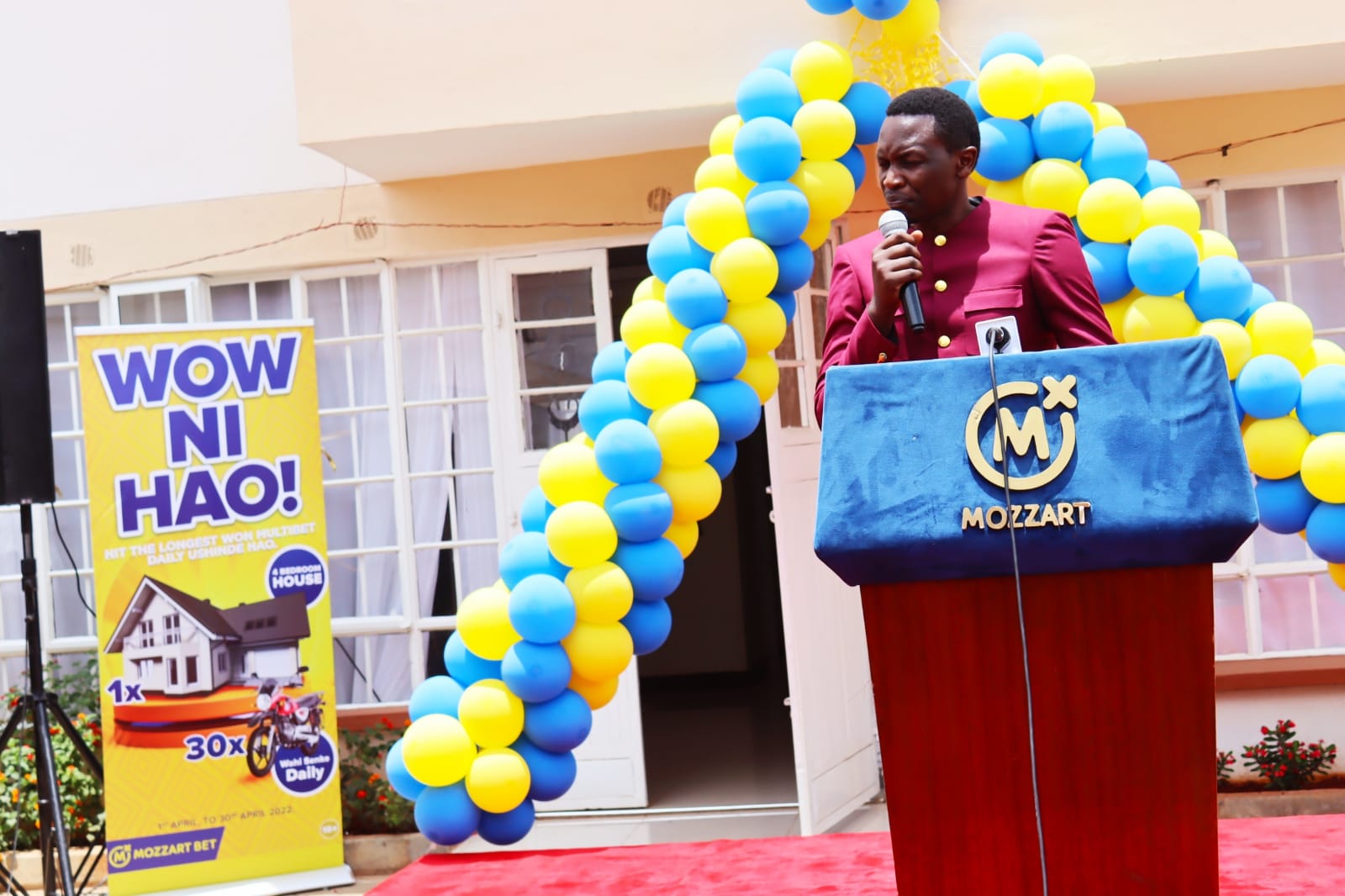 In case that two or more participants have same number of matches on their winning multi-bets, the participant who has a higher total winning odd, counting matches with odds of 1,35 or higher, will have precedence.

If total winning odd, counting matches with odds of 1,35 or higher, is the same, than the total odd from all matches on the bet slip (including the matches with odds below 1,35) will determine who has the precedence.

In that case, the participant with the higher total winning odd (including all matches on the bet slip) will have the precedence.

If two previous cases have not resulted in a tie break, the participant who paid the multi-bet first, shall have the precedence.

All events on the Bet-slip must be sports events (results of individual or group sports events, a certain event during a sports competition, etc.)
Live Bet tickets, JP tickets, ‘My number’, ‘Lucky super 6’, Mozzart refunds tickets and Virtual tickets shall not be taken into account within the scope of this promotional contest.

The bet-slip may contain matches with Bonus odds.

One customer can win only one daily prize during the Promotion and will be in consideration for the grand prize also.