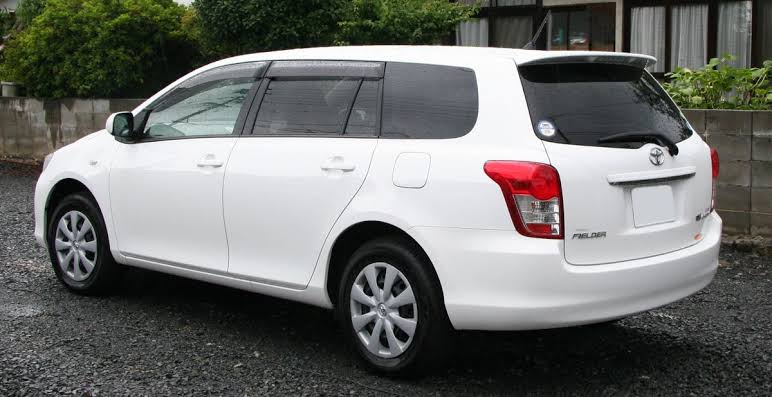 You don’t really realize what a car can mean until you’re in dire need of one. I got to find out exactly what this truly means just the other day. It is actually like feeling more than knowing the old adage about not knowing the value of something until it’s gone.

Mine is a story very similar to a lot of others these days of Corona. I got a call at 3:30 AM in the morning. It was from my brother. Apparently, my father had been taken seriously ill and he needed to be rushed to hospital.

Now, of all the days when a mechanic could let you down, my father’s trusted mech had picked the previous day to delay in releasing the car which we had given him for a routine service. And with the curfew set up as it is, we couldn’t run the risk of attempting to pick it up so we agreed to claim it the following day.

And so there I was at the witching hour, my father in dire need of transportation to a hospital, his car at the garage and I have no car. My brother and I agreed that he would try to rouse the neighbours and see who would be willing to help. I advised him to call rather than WhatsApp the estate group because of the urgency.

On my end, I attempted to search for an available cab using one of these digital apps. There were none in my vicinity. I decided that rather than panic, I might aswell grab a quick shower and then check when I am done. In my haste, I forgot to switch on the heater so the cold water rushed down my body and caused my system to surge with a bolt of energy. I was truly awake.

I got out of my five-minute shower and attempted to search for a cab to no avail. I called my brother and he had managed to reach one of our neighbours who had rushed to our aid and they were currently en route to a hospital. I informed him of my situation and let him know that I was doing everything within my power to get to the agreed-upon hospital.

Panic had begun to set in and I decided to try my luck at the matatu stage. The reason I did not wake up my neighbours is that I had just moved into a newly built apartment and I was the first tenant. And without thinking, I set one foot ahead of the other until I made it to the stage.

To my shock, I found a solitary matatu. I thanked my God and hailed it, rushing inside. But if you have ever entered the first matatu ikifungua kazi, then you know they aren’t in much of a hurry as they attempt to get as many passengers as they can. And every minute felt like an hour to me. 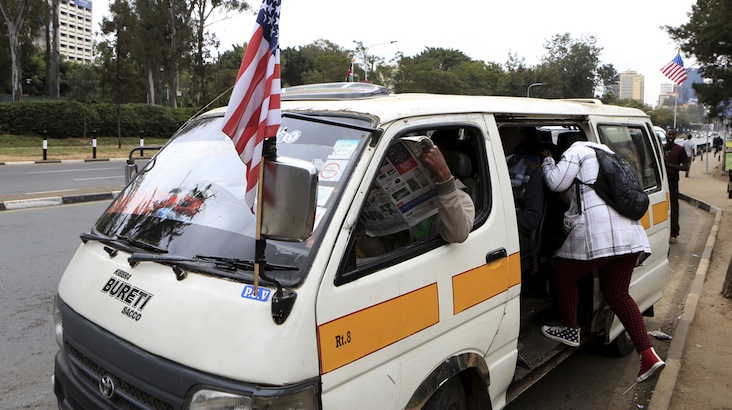 Despite the agonizing wait, I patiently waited until we were on the way. My phone kept going off and I kept talking to my brother who appraised me on the situation as it unfolded. Fortunately, my father had suffered a heart attack and it was not another Covid case. Turns out the nosy driver had been eavesdropping on the conversation and when he heard I was in a rush to get to hospital, he struck a conversation with me asking me to pay for the empty seats and they would get me to the hospital.

I do not know how the heavens work but on this day, God’s machinations were such that I happened to see an ad that spoke to my very being. It was a Co-op Bank ad that promised 80% financing for a vehicle. I happen to bank at Co-op Bank but given the rush, I quickly threw this coincidence to the back of my mind and rushed in to the hospital after paying the matatu to find out what my father’s situation was. 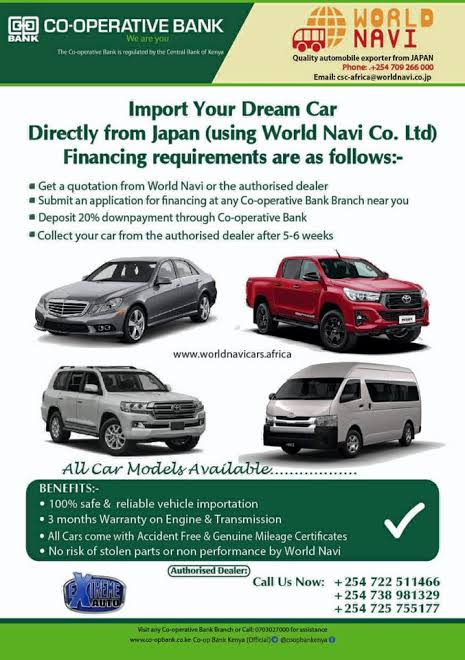 Fortunately, it was stable. And it was only while I was narrating my morning odyssey to my brother that the ad I had previously seen flashed back in my mind. I knew what the next few days would entail for me. And you too can apply to buy a car. All you have to do for a flexible financial plan with Co-op Bank:

And lest we forget, one doesn’t need to be a client, even non-Co-op Bank customers can benefit from the deal.

The bank has partnered with World Navi to assist their clients to import vehicles safely, with up to 80% asset financing, in a drive dubbed Shika Dinga na Co-op!

What do you get when you Shika Dinga na Co-op? 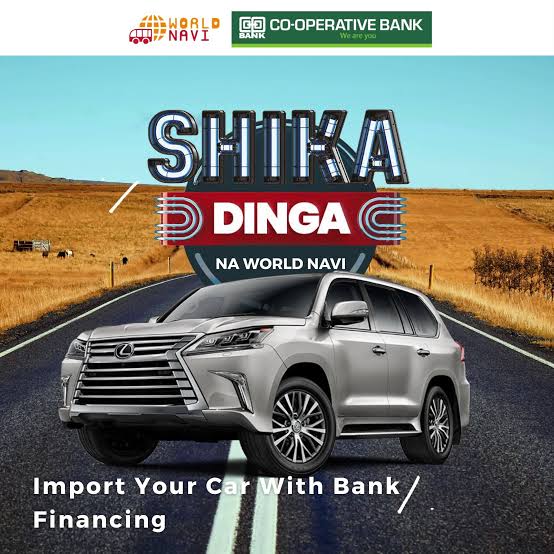 To learn more of this deal and options available, click here.

One can alternatively visit the nearest Co-op Bank branch and speak to customer care agents.