This past weekend, US-based Kenyan singer Msanii Foreman led a group of musical peers and associates in a charity drive seeking to uplift lives of the homeless, in Arizona.

This charity drive was a celebration to mark the success and first anniversary of Arizona Swahili Radio – a flagship project and one of it’s kind online radio founded by Msanii Foreman in 21st May 2021.

This is unique. It serves heavy contrast to red-carpet fanfare events common in the media and entertainment circles. It’s a reflection of humility borne of humble beginnings, and innate desire by the Kenyan artist to uplift lives of the less-fortunate.

In the 21st May event, Msanii Foreman was accompanied by celebrities and fellow artists. Monique Hasbun, the star singer currently riding high with her banger Latin Mona Lisa was there, accompanied by her mum.
Unconfirmed rumors branded the two artists as lovebirds.

The raisin in the event’s pudding – excuse the pun – came from Pizza Heaven Bistro Phoenix who donated assorted foodstuff. This is a local fast food franchise in Arizona.

Besides foodstuff, the homeless people received bundles of warm clothing and sneakers, some on designer level. 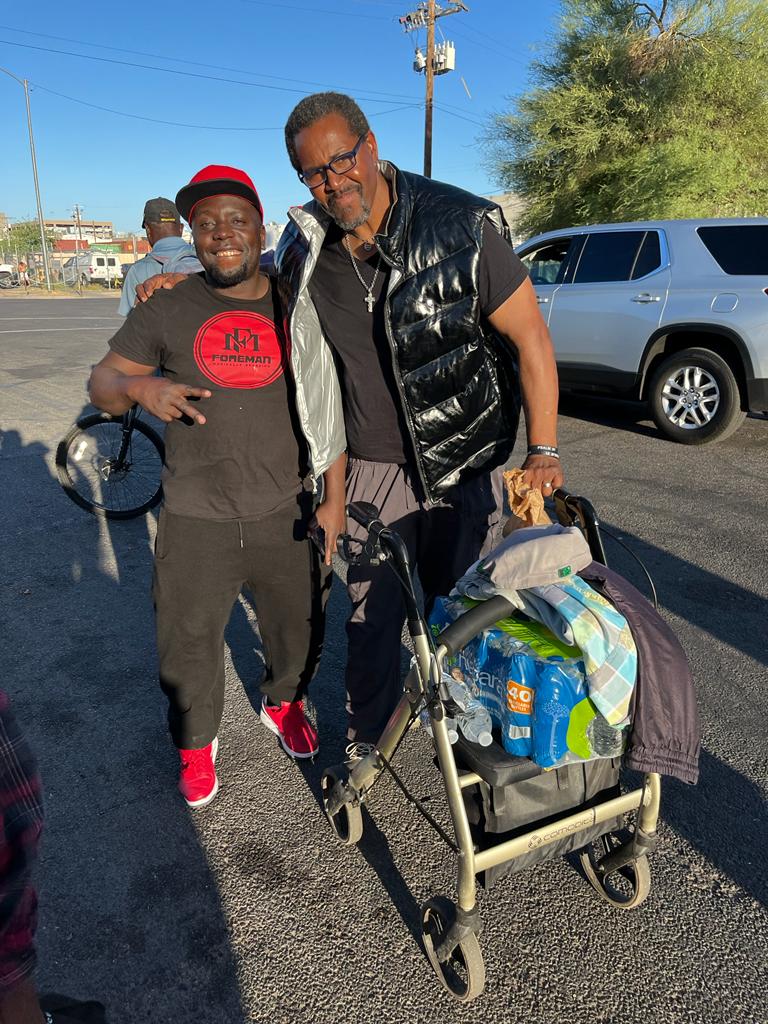 These items were collected in a local church after Msanii Foreman lobbied for community involved in the charity drive.

The artist is a member of the church and has previously held Arizona Swahili Radio awards. This is a youth initiative that builds and mentors youth gifted in performing arts.

In an interview, Msanii Foreman says: