Mozzart Bet is once again offering the highest odds in the world across all betting platforms for the FA Cup quarterfinal clash between Manchester City and Everton, Bundesliga duel between Werder Bremen and Wolfsburg and a late Premier League tie pitting Brighton against Newcastle.

Ever since their record-breaking winning run was halted by neighbours Manchester United, Pep Guardiola’s Manchester City have embarked on a scoring spree, netting ten goals in three games in victories over Southampton and Fulham in the league and Borussia Monchengladbach in the Champions League.

They face a wobbly Everton who have lost their last two matches to Chelsea away and Burnley at home. The prospect of winning a first quadruple for City will spur Pep’s side to swat the Merseyside opponent in their swashbuckling style.

History certainly favors Manchester City as they have emerged victorious over Everton in their last six meeting home and away. Interestingly, Everton has found the back of the net in all of their past six meetings with City.

High flying Wolfsburg is looking to keep pace with the top two Bundesliga clubs with an away assignment against lowly Werder Bremen. During their last league meeting in November 2020, Wolfsburg emerged victorious from the eight-goal thriller.

The two teams have each won twice and drawn once in their last five meetings. Third-placed Wolfsburg rebounded from two losses by thumping Schalke 5-0 in their last outing while Bremen fell 3-1 at home to league leaders Bayern Munich. With so much stake for Wolfsburg in the game (Champions League appearance), Demetrius Grammozis are favoured to triumph. 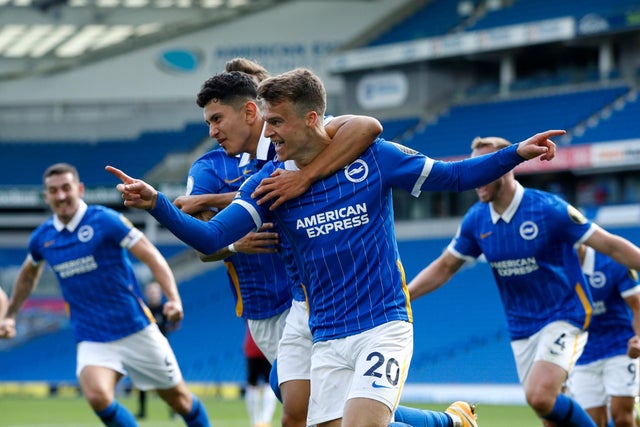 A mere point separates the 16th and 17th placed team in English Premier League and with both sides wary of the relegation dogfight beneath, they are bound to fight tooth and nail for precious points. Hosts Brighton are favoured to beat the inconsistent Newcastle and create a stronger buffer from the relegation zone.

Brighton has picked a paltry four points from their last five league matches courtesy of victory over an away victory over Southampton and a home draw with Aston Villa. They have lost to Crystal Palace, West Bromwich Albion and Leicester City in between.

Newcastle on the other hand, are coming off three draws against Aston Villa, West Bromwich Albion and Wolver Hamptons.

Stand a chance to get a Happy Monday Bonus every Monday only on Mozzart Bet. Make a decision!