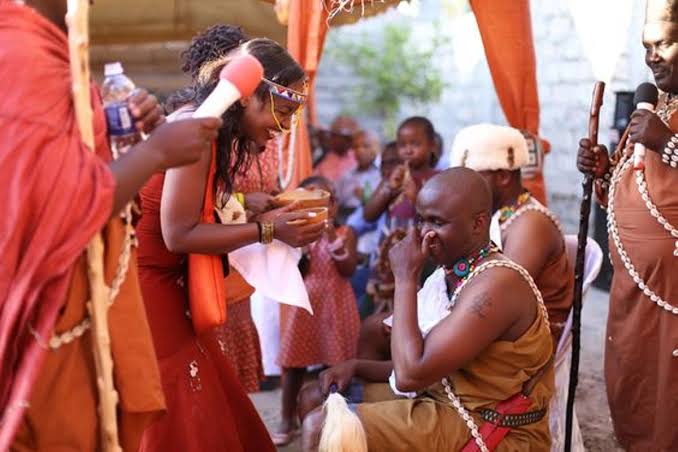 Life will conspire and shatter basic tenets that kept you grounded on the straight and narrow.

This is what ‘adulting’ is all about.

As I write, I’m trying not to exceed the recommended daily quota for painkiller tablets. I’m nursing sore ribs.

I belong to a Facebook motoring group. It’s a tight mid-30’s group, young professionals united by love for flashy cars and adventure.

There’s been talk of organizing a charity drive. That’s one of the group’s initiatives. One of the active members, Makau – from Machakos – said he had a Ruracio planned, and invited us all. 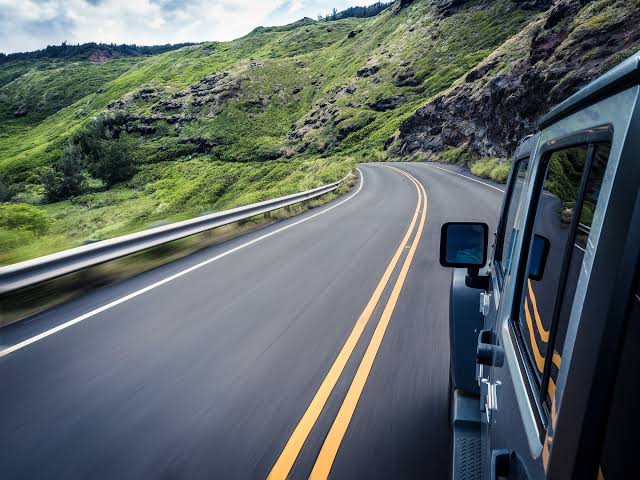 He had asked if someone on the group could make a decent elder. Well, what for? We had Group Admin – with all powers bestowed by the hallowed cyber gods.

I ticked YES to the invitation. So did thirty other guys. On the Friday, I’d join the convoy on the outskirts of the city for the long drive to the bride’s rural home in Timau.

But, hey – have you been to a Kenyan Ruracio

It’s a little like upcountry funerals we attended back in campus. It’s basically an excuse for a road trip, and endless partying.

Waiting to receive us was a group of sour-faced elders.

Turns out, Patience is not necessarily a virtue. It can be milked to such an extent that it becomes a source of endless pain and antagonism patience.

In the case of this Ruracio – an empty, cold bed for aspiring love birds.

We didn’t know that a long convoy of flashy cars would be a fly in the soup. All the elders saw was opulence – the dowry quadrupled.

By God, didn’t they re-define stubborn? To make matters worse, we didn’t have elders.

We had Group Admin, a talkative chap in khakis, a Stetson hat and a million tattoos on his arm and neck.

The elders couldn’t even agree to a sit down.

How could we explain that we are an online family escorting our brother? Evening crept in fast – and, it was called for the next day.

Well, Timau Town is a sleepy farm town on the navel end of Mt. Kenya.

As a town, it’s painfully lethargic, with that excruciating, ethereal way farmers choose to lead their lives.

I mean, an average farmer in Timau lords over a hundred acres of wheat and potatoes, with tractors and assorted dozers with a net worth in the millions. Yet, he dons a patched leather jacket, and cheap gum boots.

We broke rank and flooded Timau, the town. No arranged accommodation, we mostly had to tuck up in our cars overnight.

Hey, Timau is a furnace hot by day and as cold as a witch’s tit by night. I almost shivered to death, and woke up with painful cramps.

We regroup on Saturday morning. With creased khakis, sour moods and bad breaths.

The elders took time. The first one arrived at noon.

They’d waste no time in inflating ten-fold, the agreed dowry, with reasons.

Oh, she has a degree.

Oh, her poor mother used to piggy bank her to a clinic 30 miles away for her Polio jabs.

By evening, the elders still insisted on a million.

Half the group peeled off and started the drive back to Nairobi. I decided to wait up. A few other guys, too. We called the groom aside, and issued an ultimatum.

If they cannot agree to existing terms, we are leaving. The now gloomy groom, in turn, texted that ultimatum to his bride – whom he hadn’t yet seen.

Well, the father-in-law suddenly thawed out. I’ll probably never know what the daughter told her dad.

The million-bob shilling demand was suddenly flipped to seven shillings, in sparkling silver and, unbelievably – a cold Coca Cola.

Brethren, as people scrambled in their glove boxes looking for one-shilling coins, I drove out to Timau Town CBD, to get a cold Coca Cola drink.

Ultimately, it had to be the 1.25ltr bottle – as cold as they had wanted. Our de facto elder, the Group Admin, handed it over.

The elders made a sullen show of handing over the bride, shrouded in colorful lessos, accompanied by her mother.

Towards 6pm, we drove out of Timau, like bats out of hell. 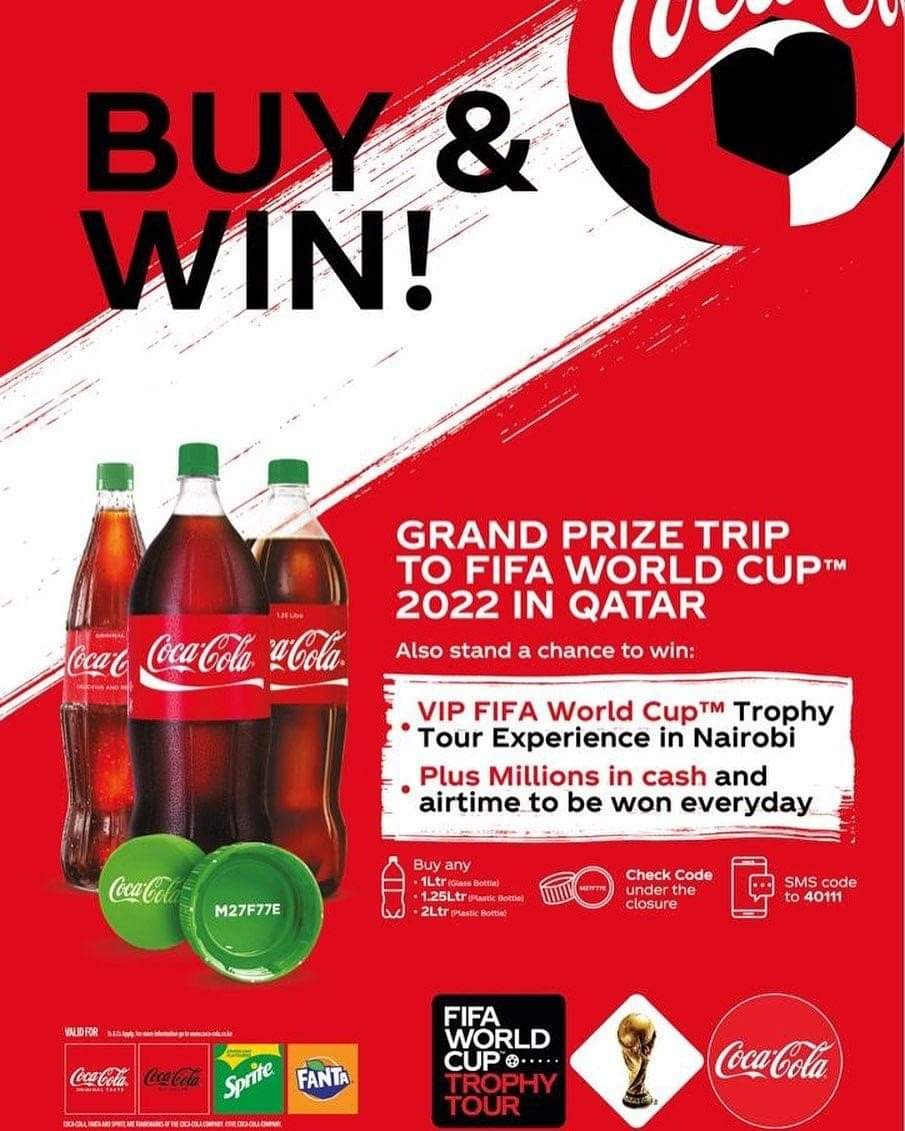 As I drove alone, listening to the drumming of the tires on the road, I had a nagging query in my mind.

Our belligerent Father-in-Law, does he know of the ongoing FIFA WORLD CUP 2022 ™ TROPHY TOUR BUY AND WIN PROMOTION?

Who knows, he was within reach of awesome prizes……

The Promotion is open till 30th June 2022 to participants over the age of 18. It’s quite simple, really.

Peel off the crown to reveal an eight (8) digit alphanumeric (ANN) code under the crown of the bottle, which consumers will activate by sending an SMS to the short code number 40111 thereby entering a draw.

There’s the Grand Prize of a trip to watch a FIFA World Cup™ match in Qatar – 5 prizes up for grabs. Fancy a rare chance to grab a A VIP FIFA World Cup 2022™ Trophy viewing experience?

Besides, there’s assorted daily cash prizes between Ksh50, Ksh100 instantly sent to the winners via either M-Pesa, Airtel Money or T-Kash. Oh, wait – there’s airtime, too! Ksh 10 or Ksh20 for your Airtel, Safaricom or Telkom lines.

Hey, get a cold Coca Cola drink and check under the crown. You may win a ticket to watch the World Cup in Qatar!