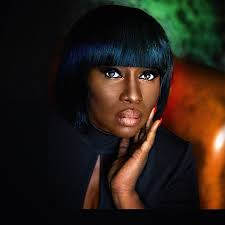 Is Azuka braving it?

After Azuka Ogujuiba intrerview on Linda Ikeji’s TV that stated that Tonto Dikeh lied about being a domestic violence victim in the hands of he husband, Tonto Dikeh also took to the media to express her discomfort.

It can be recalled that the Journalist conducted an interview with Tonto during her marriage crises. it was on the show that the actress narrated her own side of the story.

So Tonto was sure enraged when she saw the same person accused her of lying. Tonto did not  take it funny and she reigned curses on the journalist. She said that Azuka lured her into doing the interview in the first place and she had to cover the scar in her leg because Azuka directed her.

She went on and said that Azuka told her and some other people that her estranged husband offered her money to manipulate things. She also said Azuka was bribed with an amount of three million Naira and that Azuka’s boyfriend is currently jollying with Churchill. Tonto pointed it out that Azuka was only try to defame her. Then she made the curse “After 7 domestic violence incidences and miscarriages caused by domestic violence I curse you today! You will search for the same peace, wealth, love and happiness that you are trying to take away from me. Until I forgive you, you will not find. My God never sleeps.”

But the journalist doesn’t seem to be bothered about the whole thing. she shared a picture of herself with little comedian Emannuella ,Craze Clown and some others having fun at the Government House, Owerri.