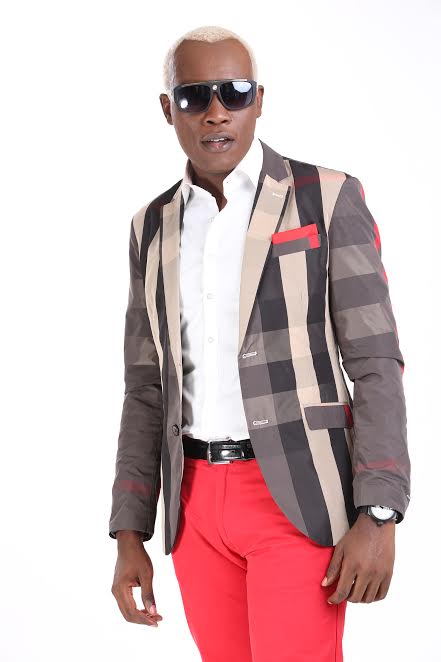 Daddy Owen has officially joined the Prisk Board.

He’ll be working alongside Beatrice Achieng, HSC, popularly known as Iddi, who has been elected the new board chairperson at Performers Rights Society of Kenya (PRISK. This is after Robert Kamanzi -Rkay, who was the chair, left for the US to pursue personal engagements.

Achieng’, a renowned and internationally experienced musician, actress and development consultant at The Iddi Achieng Trust takes over to steer the organisation, together with the other able directors at PRISK, to achieve their mandate of collecting and distributing royalties on behalf of performers (musicians and actors). She is also a founder, director and has been the vice chair at the organization.

“Daddy Owen brings in extensive experience in the industry. He is joining a working team whose vision is to be one of the most efficient and effective CMO to its members,” Achieng Said. “Our focus at PRISK is to increase the royalties we pay performers. This will be achieved through the parameters we have set to significantly boost our collections countrywide. We have done it before, so I am confident that we will even surpass our targets this year,” she added.

Owen has been in the music industry for over 15 years and is well known for several hit songs such as Vanity, Mbona which was co-authored with Denno “Foundation”, Tobina, Kazi ya Msalaba, Saluti and System ya Kapungala.

“PRISK has done well in protecting the rights of the musicians and in distribution of their royalties,” Owen said. “Collective Management Organizations provide the much needed platform for artists to be organized so as to articulate their issues and have their voices heard in order to overcome the challenges we are facing in the music industry,” Owen added while cautioning the artists that, “how you handle your product will determine the way your clients will receive it and treat it.”

Owen has received several accolades including Kisima Artist of the Year in 2012, Groove Awards Male Artist of the Year from 2009 -2011 and Best Anglophone award in 2010 during the MTV Africa Music Awards (MAMA). Besides music, he is the founding member of Malaika Awards, a charitable organization for the disabled.

Speaking while congratulating Owen is Angela Ndambuki, PRISK’s Chief Executive Officer, “We welcome Mwatia to PRISK and thank Kamanzi for his time, input and dedication as we look forward to the new leadership.” She added, “This is also a defining moment for the industry as we look toward a more specific regulatory framework. The Kenya Copyright Board (KECOBO) has just concluded its nationwide stakeholders forums on the draft CMOs regulations. This is a timely move by KECOBO as PRISK enters its second strategic phase, 2017-2019, with our operations being pegged on Transparency, Accountability and Governance which are also the overarching pillars in the new regulatory framework. ”

PRISK was registered in 2009 and began its scientific distribution of royalties to its members in 2014. It has registered an increasing membership of over 2400. Other directors at PRISK include: Irene Kariuki, Hubert Nakitare (Nonini), Ian Mbugua, David Mathenge (Nameless) and Samuel Kuria (SK Blue).