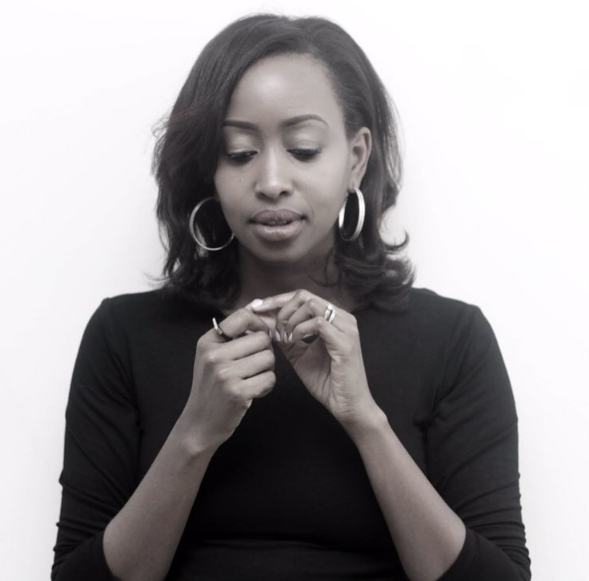 Janet Mbugua recently found herself in a compromising with some Kenyans who had nothing but hate towards her.

And it all started with this statement:

Some days I’m not so sure of myself, but then I realize how much that feeds my need to grow. To learn. To accept. #TheJourneyWithJanet 🚶🏿‍♀️

A simple statement which in actual sense shouldn’t elicit much attention but which ended up being a hate parade.

Also read: Here is everything you need to know about the Kikuyu traditional ceremony Janet Mbugua held for her son Huru(photos)

It was started off by Wagithi G. Wagithi who had this to say: “I only hate the way you appear like you are commanding Hussein Mohammed on camera. Una ukali mwingi….that one brings you down. Otherwise you are a nice girl.”

Before massacre was done by one Ronny Kiprotich Sirma viciously attacked her. This is what he told her:

“YOU EXIST IN ROYAL MEDIA JUST BECAUSE YOU ARE A KIKUYU OTHERWISE TERRYANNE CHEBET WAS MORE PRODUCTIVE. WAKIKUYU NI WALE WALE!!!!!!…#SURPRISED AT THOSE SAYING U ARE THEIR MENTOR….NO HARD FEELINGS. TRUE STORY.