AAR Insurance responds after Boniface Mwangi claimed they conned him 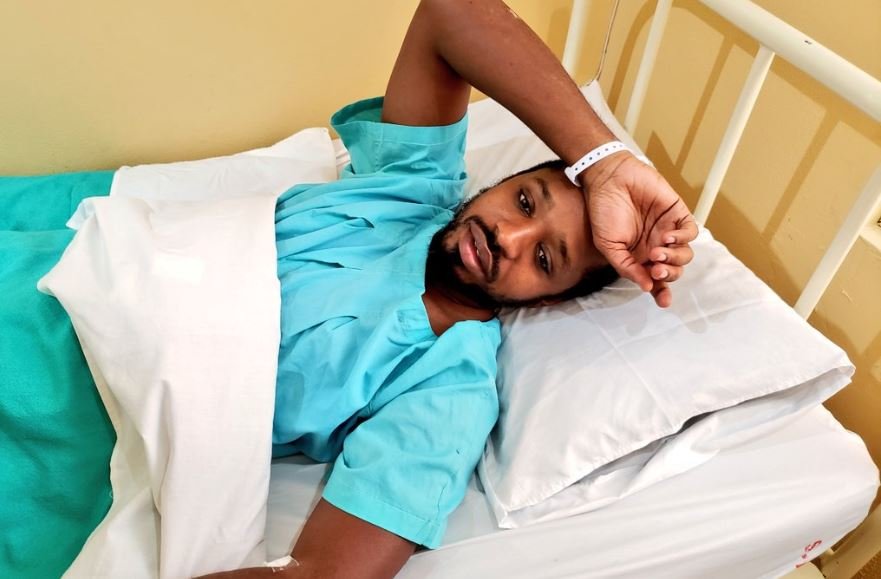 Health insurance company – AAR – has denied it conned popular activist Boniface Mwangi in regards to his surgery on 22nd March.

Last week, Mwangi took to social media to accuse the company of reaping him off after they agreed to cover the costs of the surgery to remove a cyst on his left breast but failed to.

“The night before the surgery, on 21st March, I received a phone call from a Ms. Sheila Mbogo, informing me that they were not going to pay for my surgery, as they considered the cyst to be a pre-existing condition, for which the waiting period is two years. TWO YEARS! She further stated that l was a new client. Why? Well, last year my cover lapsed for 3 months, and at the point of renewal, the insurance claims I was considered to be a new member,” Mwangi wrote in part.

AAR however, released a statement saying that the cover he took didn’t include his surgery. They also allege that the waiting period for a pre-existing condition is one year and not two as claimed by Boniface Mwangi.

Here’s what the company said in a letter:

In November 2016, l gave a speech on how the Kenyan middle class is only a phone call away from poverty. If you or your loved one is diagnosed with a terminal illness, and you don’t have a lot of money, you’ll end up being bankrupted. At the time, I hadn’t yet discovered another truth; that a health insurance cover isn’t a guarantee that your insurer will pay for your treatment when you need them to do so.

On October 19, 2017, an overzealous police officer shot me with a teargas canister, at close range. I was treated at Kenyatta Hospital and discharged, but later on developed a large swelling on my left breast, where the canister hit me. After the swelling healed, l was left with a big cyst, often referred to as a man boob. So one side of my chest was more swollen than the other. It didn’t bother me at first, but after a lot of prompting from my wife and friends, l decided to have it checked and, subsequently, made a decision to have it surgically removed this year.

I made an appointment with a doctor, at a hospital and the surgery was set for 22nd March 2019. My insurer agreed to cover the costs. My family and I have been faithful members of AAR since 2010.

The night before the surgery, on 21st March, I received a phone call from a Ms. Sheila Mbogo, informing me that they were not going to pay for my surgery, as they considered the cyst to be a pre-existing condition, for which the waiting period is two years. TWO YEARS! She further stated that l was a new client. Why? Well, last year my cover lapsed for 3 months, and at the point of renewal, the insurance claims I was considered to be a new member.

My conversation with Sheila concluded with an agreement that l needed to get the rejection from the medical insurer in writing and, once it was done, she would give me a call. Unfortunately she never called back and I thought it must have been a misunderstanding that had then been resolved. After all, the hospital had already been given clearance by the insurer for my surgery. I went for the surgery on 22nd March and, thankfully, the cyst was successfully removed.

In the afternoon, while still recuperating from the effects of the anesthesia, the hospital administrator walked in with a letter that had been delivered by AAR, stating that they would not settle my bill.

Still groggy, I tried to call my insurance agent to clarify. The person to whom we paid our premiums, Sam Ng’ethe, Business Manager AAR, wasn’t picking my wife’s calls. I then called the AAR switchboard and spoke to a lady called Josephine from the AAR Care team. l explained my issue and she promised to call back. Hours went by without a phone call and l resorted to tweeting about it. After a lot of back and forth calls, I finally spoke to a Ms. Carolyne Nekesa.

She spoke to her team and, three hours later, got back to me saying she had consulted with her bosses and, my faithfulness to AAR insurance notwithstanding, told me l was considered to be a new client since l had delayed to renew my cover last year. She flatly refused to address the lies that Sheila, Josephine and the team had told me before.

Lies that Sheila had called my wife to say they would not cover my surgery. (What exactly was the lie?) The company was emphatic that, according to their terms and conditions, l was a new client; terms that Sam did not disclose when we renewed our health insurance last year. The hospital was kind enough to release me without payment, to avoid accumulation of additional hospital bills and we agreed to settle in time. Thank God everything went well with the surgery and the hospital.

The reason health insurance companies can do that and get away with it, is because we have very weak protection laws. We are used to being taken advantage of.

I was lied to by not one or two AAR employees, but three of them. They are confident nothing will happen to them, perhaps because they were speaking under the authority of their bosses; after all, they are not in the ethics business. Conducting health insurance business for the sole aim of making profits is purely evil.

Doctors take the Hippocratic oath; a promise that they will do everything possible to help their patients and to have high professional standards in their work. What binds the medical insurance companies to do the right thing? Nothing. Zero. Profit is their “silent” oath. They do not train doctors or support medical schools. They have people specifically hired to write contracts that are hard for ordinary folks like you and me to understand, so that they can try to evade paying when you make a claim.

The Kenyan government trains doctors who also work in private practice, while on publichospital’s payroll. l wish the public hospitals would have an electronic sign-in and sign-out system for doctors working in their hospitals, and a big display board indicating doctors on duty and what time they are supposed to be there. I believe that it would help to know which health insurance companies and private hospitals are working with doctors who should be rotating in public wards.

Everyday people are fundraising to pay a medical bill for someone, but if National Hospital Insurance Fund (NHIF) was well run – with no fake patients being taken to India for fake medical treatment and private hospitals conspiring with NHIF to steal from us – that is all the medical cover Kenyans would need.

We can’t satisfy the greed of private health insurance firms and we must demand that the health ministry provides quality, affordable healthcare for all, otherwise these health insurances continue to thrive at our expense and the majority of Kenyans cannot afford life-saving healthcare.

I am sharing my story and l hope anyone who has suffered in the hands of Health Insurance companies can also share their stories as well. What’s your medical story? It’s time to name and shame them. Use the hashtag #HealthInsuranceFraudsters