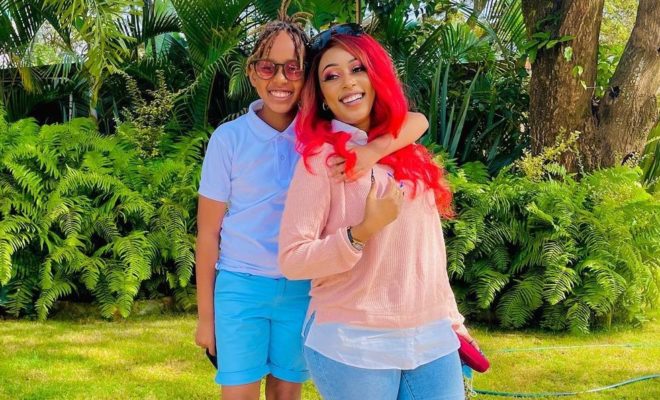 Fine looks, curvy physique, flawless skin & money- Amber Ray has it all. The fact that so many Kenyans rooted for her to be included in the popular Young, Famous & African film depicts how much of a big deal she is.

Amber Ray, who doubles up as a mother of one, has been in several relationships, some of which have given her some good character development. Either way, she hasn’t let this prohibit her from loving over & over again. The only thing that she’s not having again is a baby!

Despite being in numerous relationships, the socialite has not sired any more kids; apart from her only son Gavin. Rumor has it that she was blessed with her son inadvertently after a short term relationship with a makanga (tout) back when she was still a young naive lady. 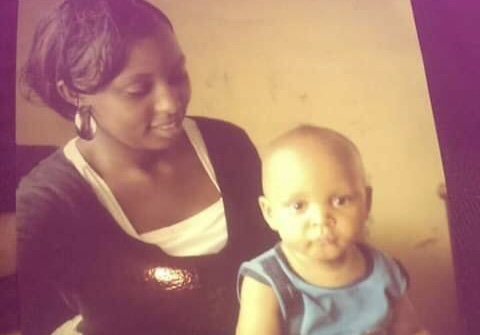 Throwback photo of Amber Ray and her son Gavin-Google

Why I Won’t Be Giving Birth Soon

It’s in black & blue that Amber Ray is a rich chick; and raising another kid won’t be much of a big deal. But ironically, it seems like she hasn’t achieved her financial goal just yet. Through an Instagram question & answer session with her fans, she disclosed her reason for not adding another child; 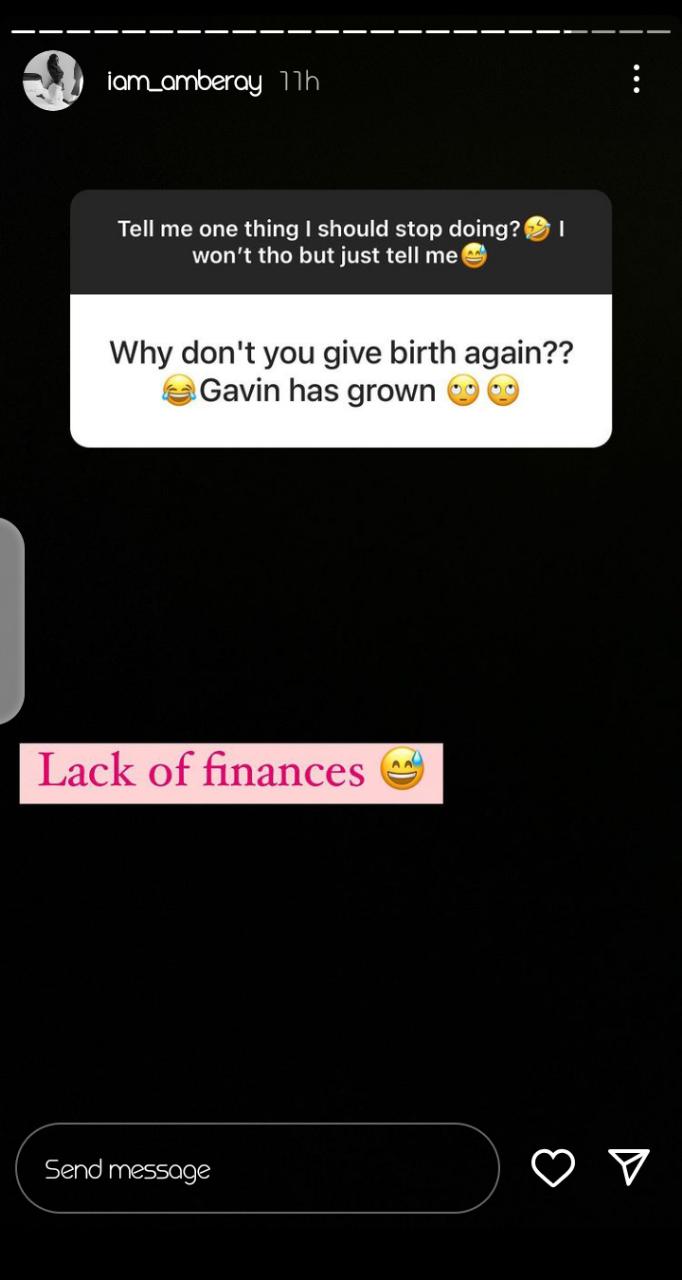 We all know clearly this is a trivial reason barring her from adding baby number 2. But who are we to judge, it’s upto her to decide.